After dropping a 1-0 lead in Portugal, Benfica will travel to Thessaloniki to face off against PAOK seeking a positive outcome that will send them to the Champions League group stage for the fifth time in a row. The Two-headed eagle of the North started the new league campaign with a 1-0 win over Asteras at home last weekend, which was their third win at the Toumba Stadium this season following two triumphs in the Champions League qualifiers, over Basel and Spartak Moscow. A 1-1 draw achieved at the Estádio da Luz means Răzvan Lucescu’s players may advance to the Champions League if they can keep a clean sheet, which is going to be far from easy considering Benfica’s firepower. Meanwhile, the Lisbon-based outfit featured in six competitive matches this season, securing three victories, while playing out three draws. Although the Eagles played a quite exhausting match last weekend against Sporting Lisbon, Rui Vitória’s prime intention of seeing his team in the most prestigious club competition was the reason he decided to calculate in the big derby that eventually ended in a 1-1 draw.

Dorian Lévêque will be the only player to skip the encounter in the home team, while Jonas, Nicolás Castillo, Eduardo Salvio, and Sébastien Corchia won’t be able to play for the visitors. 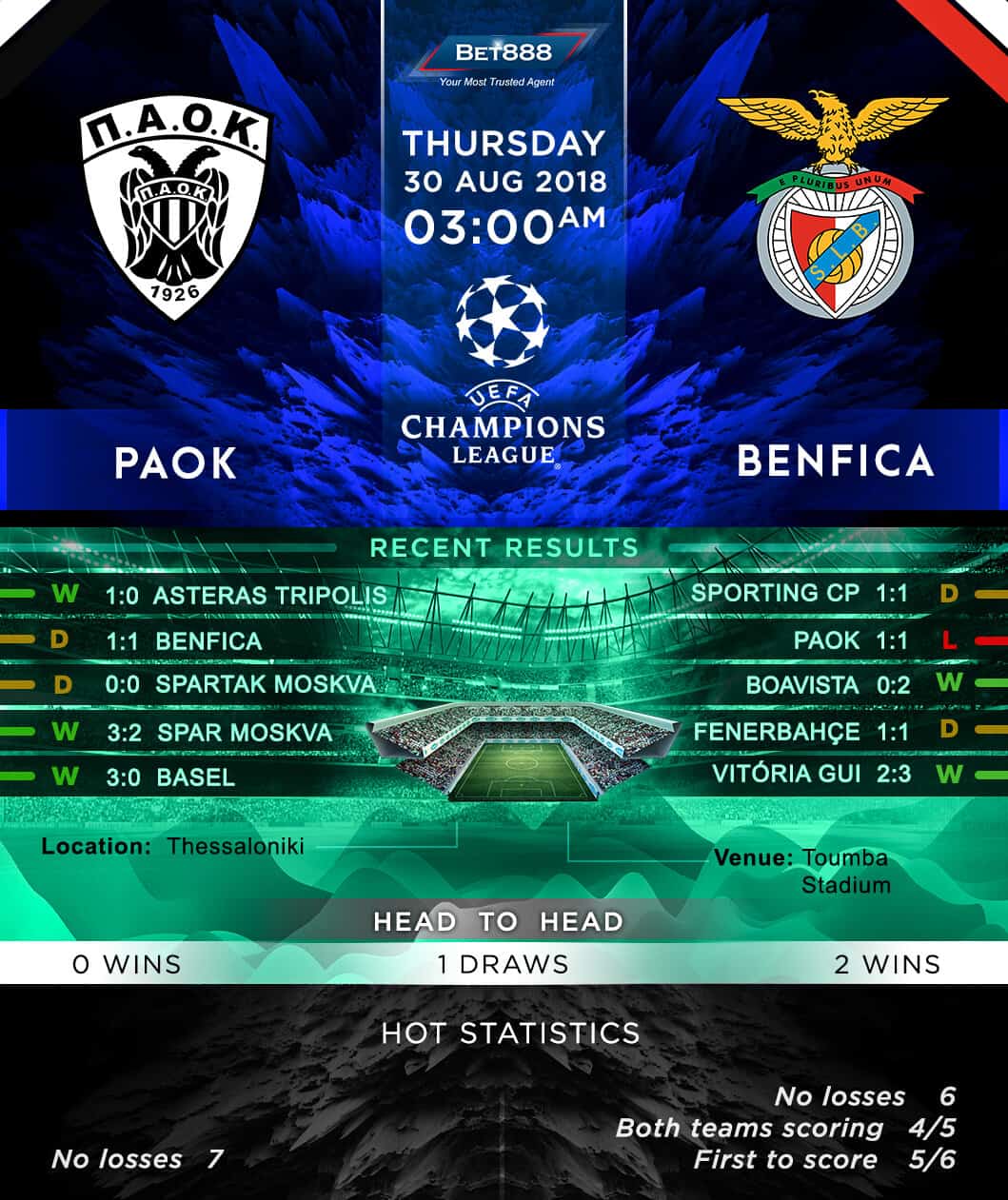