Probably the two weakest teams of the 2018 FIFA World Cup tournament are expected to play against each other in the third round of the group stage, with Panama looking to face off against Tunisia at the MordoviaArena in Saransk. Allocated toGroup G alongside the likes of England and Belgium, the debutants, Panama, and relatively inexperienced Tunisian side stood no chance of progressing to the round of 16 whatsoever. Los Canaleros lost to Belgium by three goalsto nil in their premier World Cup appearance before suffering a disastrous 6-1 defeat to England in the second round, thus losing all possibilities of going past the group stage. The similar situation happened to the Eagles of Carthage, who demonstrated great defensive movements against the Three Lions, eventually losing the match thanks to Harry Kane’s injury-time goal. However, Nabil Maâloul failed to repeat the same performance against De Rode Duivels, who bagged them five goals of which three came in the first 45 minutes.

Armando Cooper who accumulated two yellow cards in the first two matches will have to skip the encounter for Panama, while Mouez Hassen won’t be at Maâloul’s disposal after sustaining a shoulder injury at the training ground. 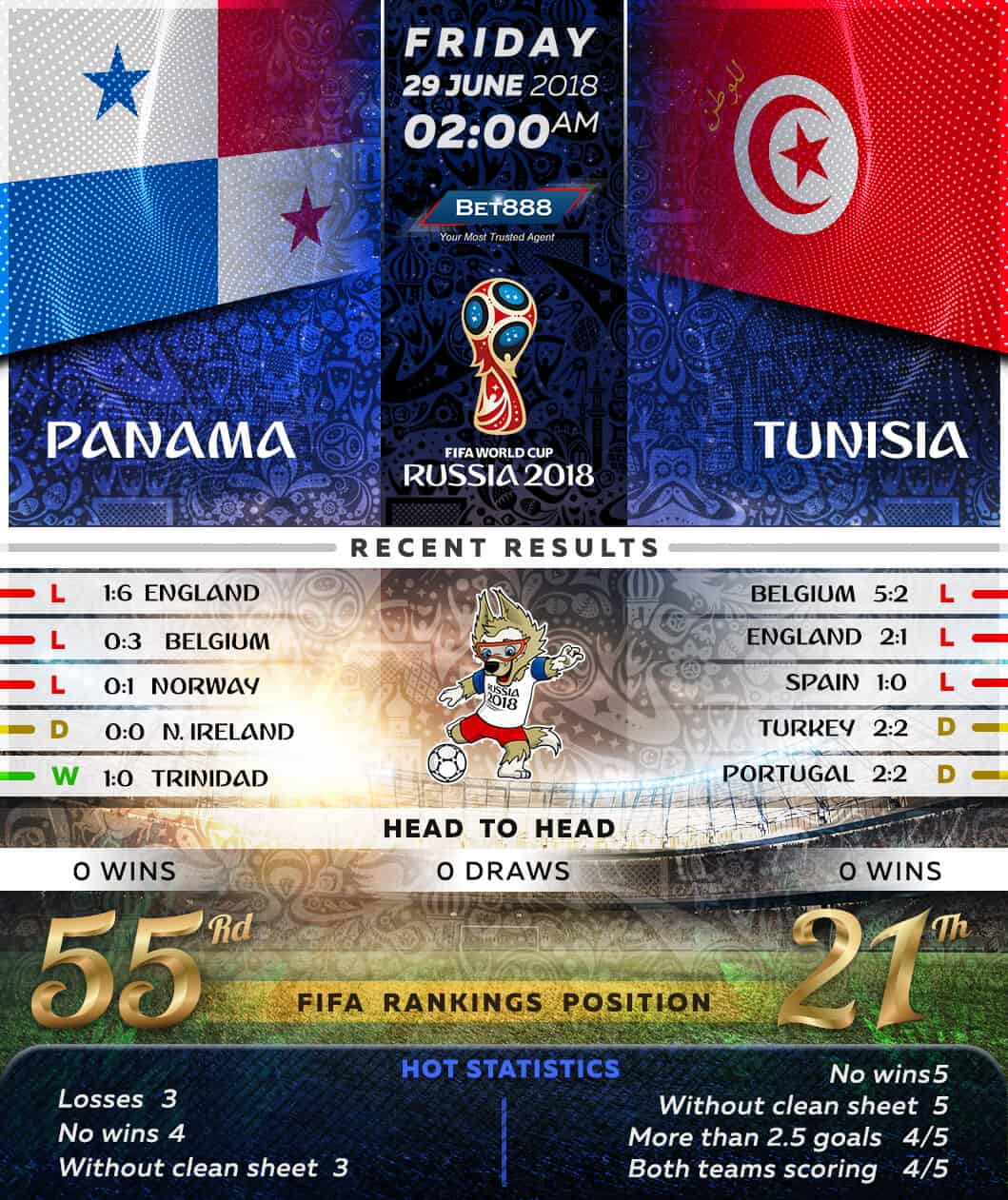