Manchester United take their first-ever trip to Cyprus, the Neo GSP Stadium in particular, to meet Omonia Nicosia in the Europa League.

Omonia Nicosia’s poor Europa League start has seen them lose both opening Group E matches via an aggregate score of 5-1, including a thumping 3-0 home defeat to Sheriff Tiraspol on matchday one. The Cypriot Cup winners look to be on course to replicating the bottom-placed finish they managed in their maiden Europa League group stage foray in 2020/21 unless they suddenly bounce back. That seems a bit far-fetched, though, as the ‘Queen’ have lost all four previous European meetings with English sides, conceding ten goals while scoring just three in return. On top of that, Omonia’s long-term continental struggle has contributed to an embarrassing return of just one win from their last 26 European outings (D6, L19), excluding qualifiers. But back-to-back league triumphs in the build-up to this fixture may inspire a miracle here.

In the meantime, Manchester City knocked Manchester United down from a four-match winning Premier League streak with an overwhelming 6-3 derby win, bringing Erik ten Hag’s lads back down to earth. It’s time for redemption as the ‘Red Devils’ aim to build on a comfortable 2-0 victory at Sheriff Tiraspol last time out that helped them recover from a disappointing day-one home loss to Real Sociedad (0-1). After Man City sent them outside the current Premier League top four, ten Hag’s men may want to project the frustration on a sub-par opponent. Knowing a potential Europa League triumph would offer them an alternative route into next season’s Champions League, the visitors shouldn’t take this encounter lightly. With five wins from their last six Europa League away games (L1), Man Utd must be confident about their prospects in Cyprus. 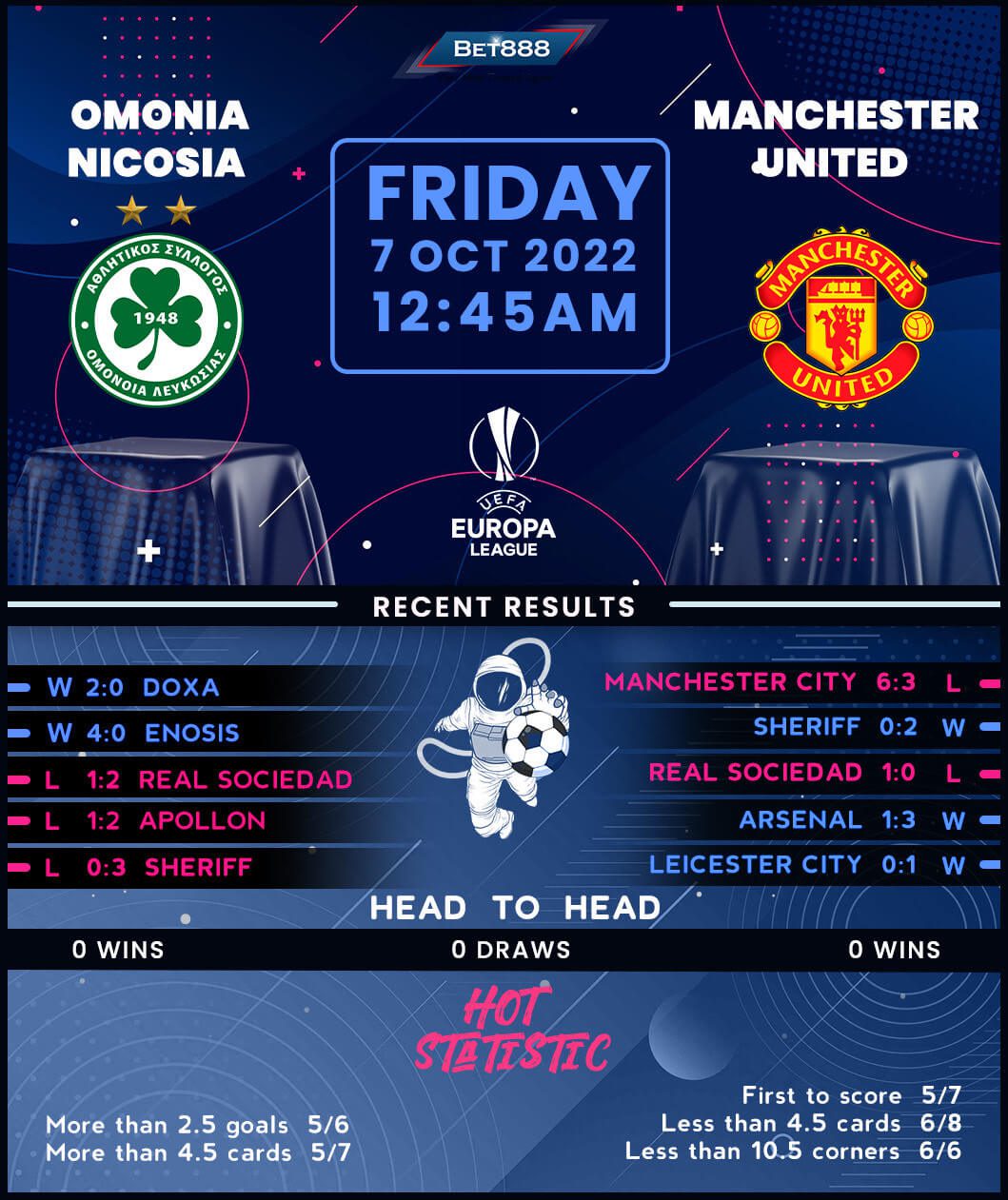