The French Ligue 1 is set for its official kick-off, with Olympique de Marseille looking to take on Toulouse at the Stade Vélodrome. After having an exquisite previous campaign, where they lost the Champions League promotion in the final fixture, the Phocaeans hope to move one step beyond the fourth place this season following a not so effective summer performance where they lost fourout of seven friendly matches, achieving three wins and a draw in the process. Rudi Garcia’s team are entering the new season in some unpleasant atmosphere provoked by the lack of transfers and four successive failures, as they have lost to Real Betis and Bournemouth, while drawn with Villarreal and Sporting Lisbon. The only notable boost to the current Marseille squad is the return of Rémy Cabella, who spent the last season on loan at Saint-Étienne, but the greatest success was the ability to hold on Florian Thauvin, who had admirers in various top European leagues. Meanwhile, Toulouse avoided relegation after beating AC Ajaccio in the playoffs, 4-0 on aggregate, but the overall impression from the last season was far from impressive. Therefore, Alain Casanova tried to prepare his players as best as possible for the new challenges, which is why Le Téfécé featured in as much as eight friendlies this summer, however, producing the unwanted results. Defeats to Rodez, Red Star, Nimes, and Crystal Palace would hardly help Toulouse to enter the season as planned, but Casanova will do his best to avoid humiliation already in the first round.

According to the latest reports, both managers will have all of their key players fit and ready for the encounter, with the only notable absence should be the one of Dimitri Payet, who sustained a nasty injury in the Europa League Final at the end of the last season. 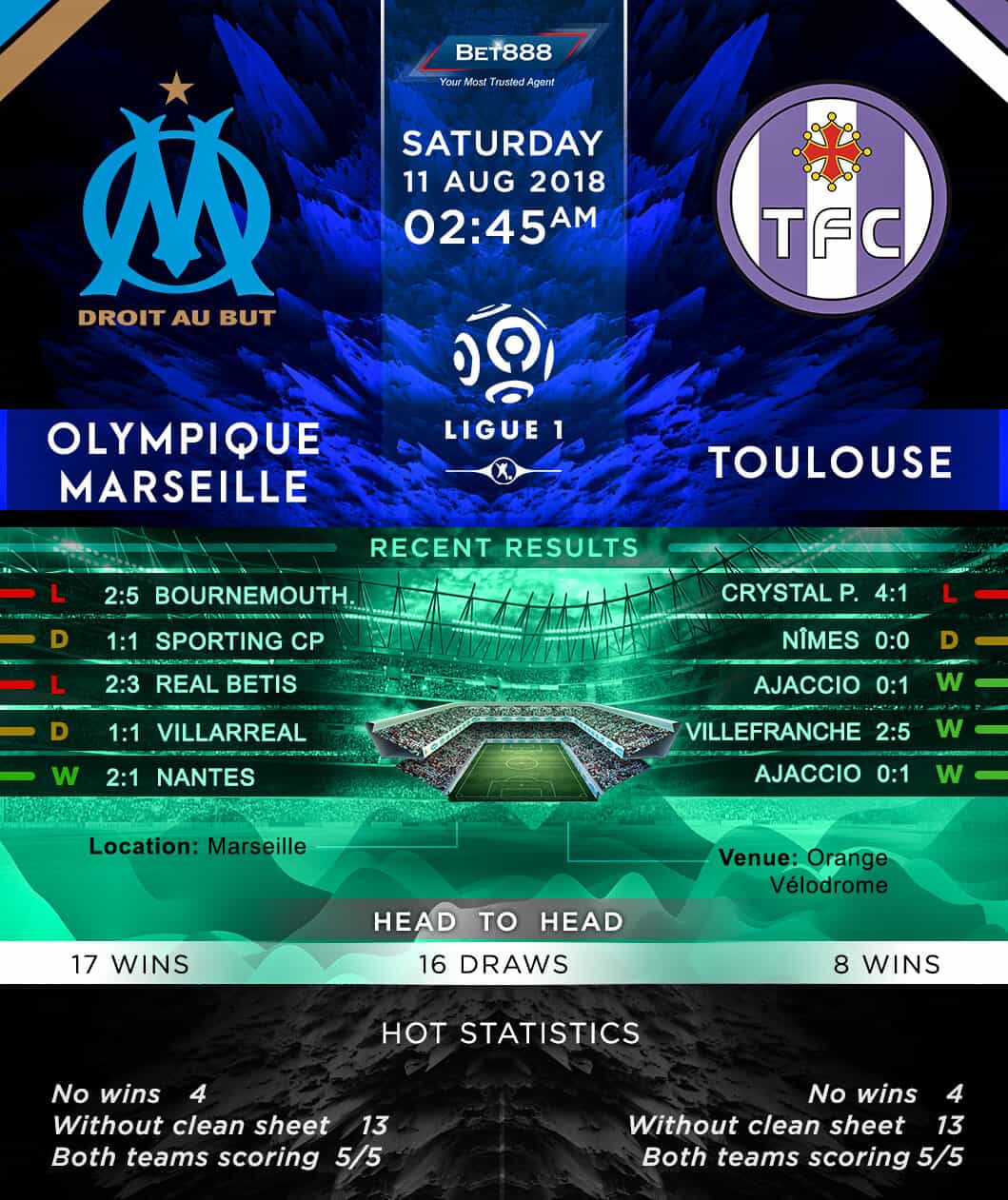