After barely avoiding a defeat against Napoli in the Champions League, Paris Saint-Germain will travel to Stade Velodrome to face Olympique de Marseille, looking to extend an astonishing 10-game winning Ligue 1 run.

With a record of six wins, one draw, and three losses, the Phocaeans are tied for 4th place, with an 11-point deficit to the undisputed leaders. However, Rudi Garcia’s players have clinched four victories in five home games, having been held to a 2-2 draw to Rennes, as they have the third-best home record in French top flight. With 15 goals scored at the Velodrome, the Olympians reside as the second-best attacking team in the league behind PSG, as they’ve bagged at least two goals in each home encounter so far. Still, Lazio stormed through Provence in midweek, outclassing the hosts by three goals to one in the Europa League, exposing all the weaknesses of Marseille’s back line.

Meanwhile, the Ligue 1 holders are unstoppable in the domestic championship this year, as they are the only team to secure a maximum of 30 points after the opening ten fixtures. Moreover, the Parisians are the only side in France to score at least three goals in every single league event, having notched a total of 13 goals in four road matches so far. With just six goals conceded so far, the Red and Blues have the best defensive record in the French top division, although four of these goals arrived away from Parc des Princes. In the past three Ligue 1 clashes, Thomas Tuchel’s players have scored 13 goals, having kept a clean sheet in the process. 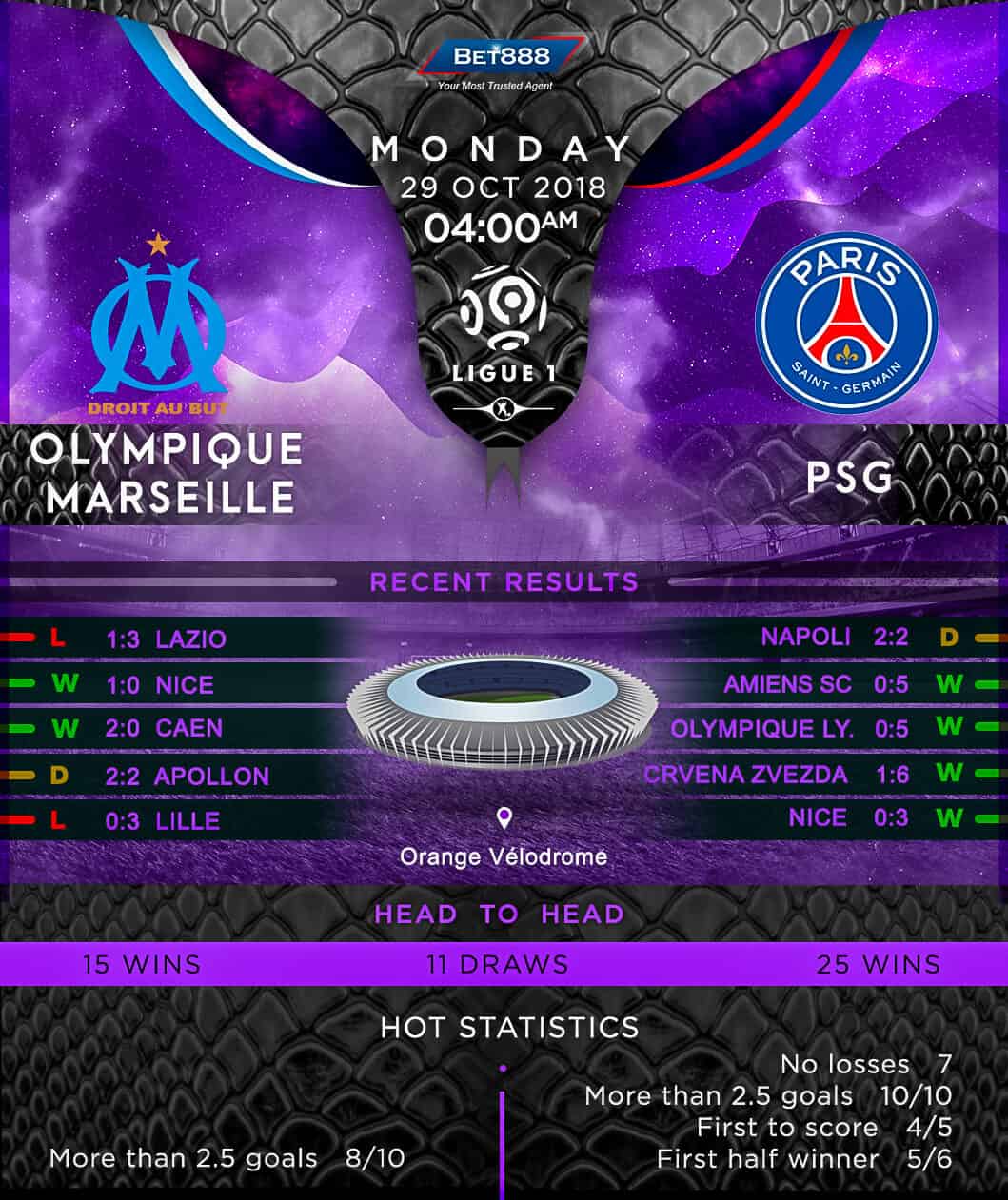