Bundesliga powerhouse Borussia Monchengladbach head to the Waldsportplatz Oberachern to take on sub-par rivals Oberachern in the opening DFB Pokal round.

Non-league side Oberachern succumbed to a humiliating 6-0 defeat to lower-league outfit Saarbrucken in their only pre-season fixture, suggesting they could roll over here. Competitive matches only, none of Oberachern’s previous seven home outings have ended as a draw (W5, L2). Waldsportplatz Oberachern has been a venue of entertainment of late, as the last three league matches here have seen over 4.5 goals and both teams scoring. Oberachern’s porous defence that has failed to keep a clean sheet in six of their nine home league games this calendar year could suffer a lot this weekend, especially considering they’ve conceded 4+ goals in two of their last three such fixtures.

In the meantime, Borussia Monchengladbach capped off an underwhelming 2021/22 Bundesliga season with a comprehensive 5-1 triumph over TSG Hoffenheim. While that may haven’t helped the Gladbach fans forget about an abysmal bottom-half Bundesliga finish, a decent pre-season could have. Yet, after winning their opening three off-season fixtures by an aggregate score of 15-4, ‘Die Fohlen’ have drawn three successive exhibition matches, all of which yielded an identical 1-1 scoreline. Overwhelming favourites to advance to the next DFB Pokal round, Gladbach will be looking to extend their four-game unbeaten streak in competitive away fixtures (W2, D2). 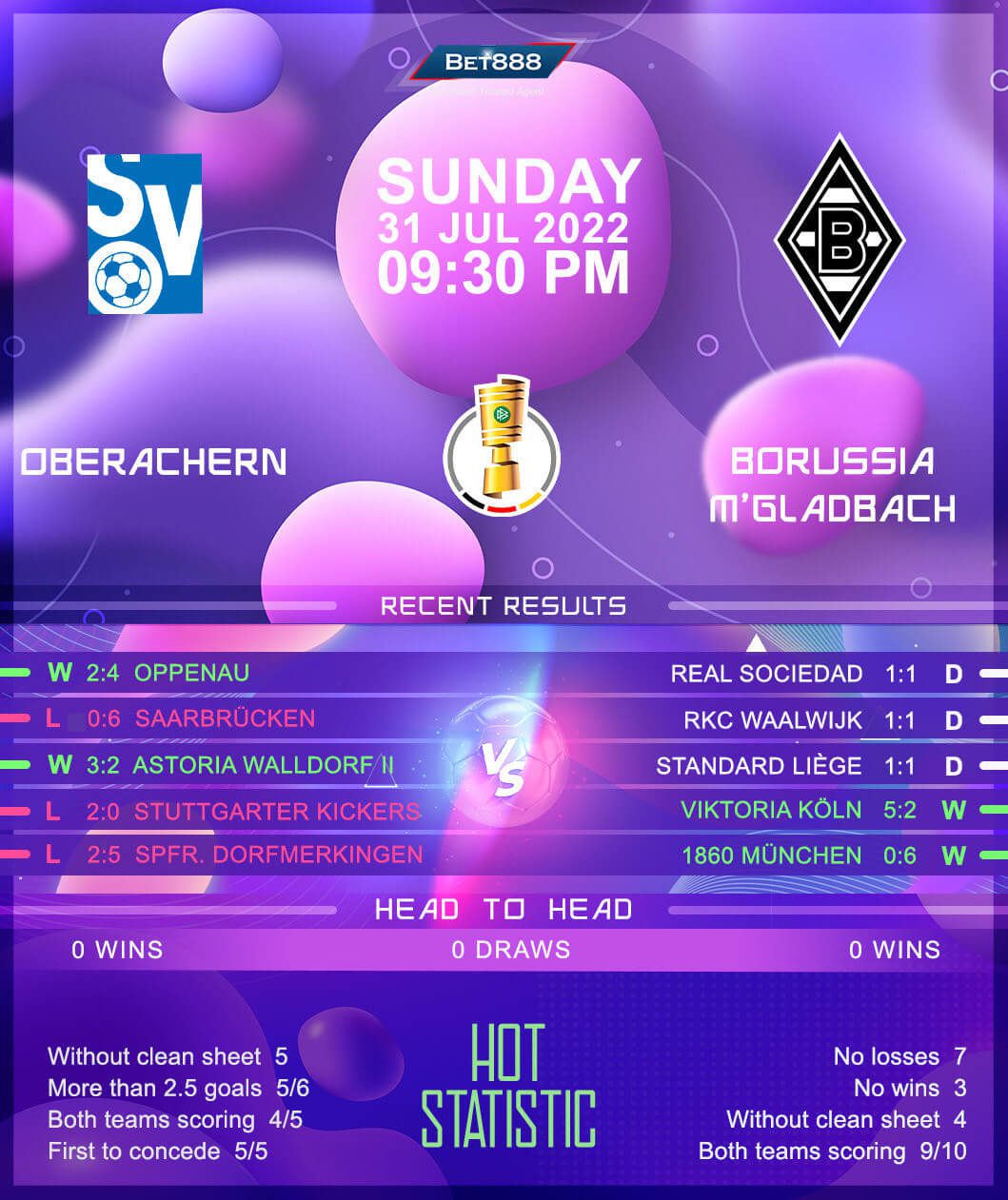