Nottingham Forest and Liverpool are set to face each other in contrasting circumstances at the City Ground in a must-win Premier League encounter for both sides.

Nottingham Forest’s long-awaited Premier League return has been an unpleasant experience thus far, with an underwhelming run of nine winless league games (D3, L6) nailing them down to the bottom of the table. However, Forest’s first top-flight clean sheet since a 1-0 home win over West Ham United on matchday two helped Steve Cooper’s side hold Brighton to a goalless draw at the AMEX Stadium in midweek. Back to the City Ground, the ‘Tricky Trees’ will hope to end a four-match winless home league streak (D1, L3). A lack of defensive resilience saw Forest win none of those four outings despite breaking the deadlock on three occasions. Scoring has been equally problematic for the newcomers, as they’ve failed to get on the scoresheet in five of their last nine Premier League fixtures.

In the meantime, Liverpool’s hard-earned 1-0 home triumph over West Ham in midweek extended their winning run in all competitions to three matches, including a morale-boosting victory over defending champions Manchester City. However, the ‘Reds’ have yet to win a Premier League game outside Anfield this season, alternating between drawing (2) and losing (2) across their four top-flight travels in 2022/23. Liverpool’s defensive woes saw them concede 2+ goals in three of those four away fixtures, suggesting their bid to break a disastrous 100% winless ratio in the away Premier League H2Hs against Forest is on thin ice (D3, L2). Stretching that abysmal run would see Liverpool go 5+ top-flight away matches without winning for the first time since 2006/07, something Jurgen Klopp is desperate to avoid. 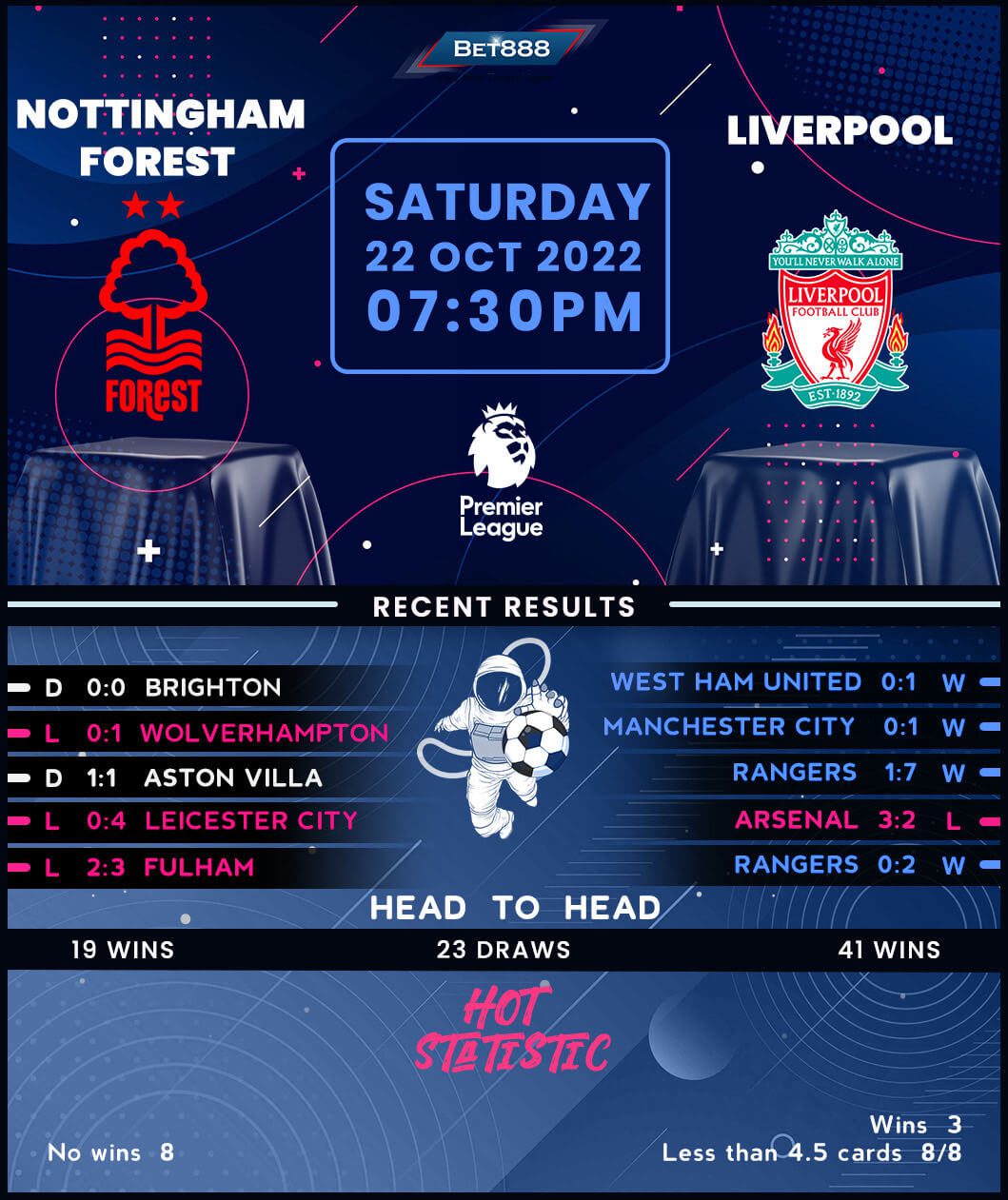