Welsh club Newport are in the fourth round of the world’s oldest football competition for the first time in 41 years. The League Two side downed Leeds in the previous round, thanks to a Shawn McCoulsky winner in the 89th minute.

Nicknamed the Exiles, they are unbeaten in their last five matches, winning four of those, including the one over Leeds. On loan from Bristol City, McCoulsky is the team’s top-scorer with 11 goals in 27 appearances.

Hoping to negate him will be Toby Alderweireld, who has confirmed that he is ready to return to the Spurs fold after overcoming a hamstring injury.

The Belgian is touch-and-go as Spurs will enter this tie with an eye on Wednesday’s home match against Man Utd. Meanwhile, Hugo Lloris and Christian Eriksen are set to return after missing the 1-1 draw at Southampton last weekend due to illness.

Danny Rose and Harry Winks remain sidelined as they continue to heal from their injuries.
Mauricio Pochettino’s side reached the fourth-round after comfortably dispatching AFC Wimbledon 3-0 at Wembley Stadium.

These two clubs have previously met on four occasions, with the last meeting coming back in 1960; a game in which Spurs easily won 4-0. 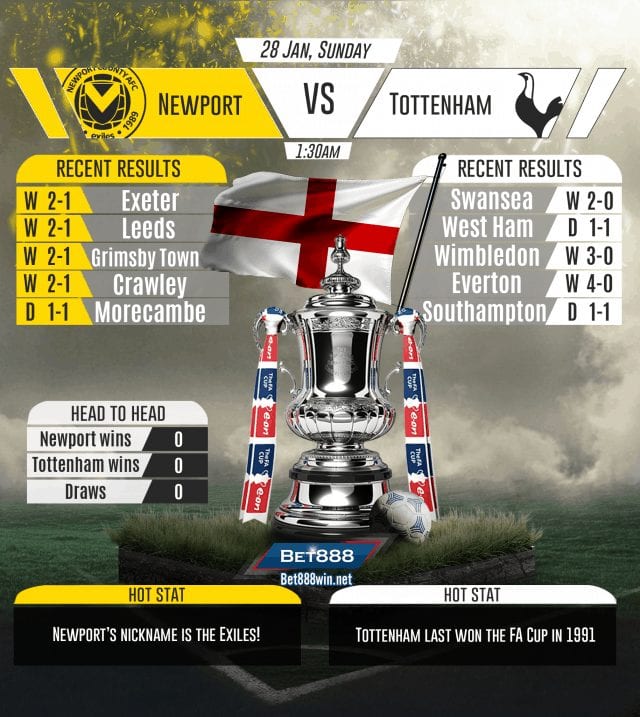