After a disastrous start of the season which has seen them failing to secure all three point in their opening ten Premier League outings, the Magpies have clinched three straight league wins, beating Watford, Bournemouth, and Burnley in the run. However, Rafael Benitez’s men have failed to replicate the same displays in their previous two matches, losing 3-0 to West Ham at home before playing out an away draw with the Toffees in midweek. Newcastle’s principal problem ahead of this match could be that they have struggled to keep a clean sheet six times in their seven home games this season, with just three teams allowing more goals at home than the Magpies (13) so far.

With 18 goals conceded so far and a negative -3 goal difference, Wolverhampton sit 12th in the table with a 6-point lead over their next opponents. After a stunning 2-1 win over Chelsea in midweek, Nuno Espirito Santo and his players will head to St. James Park, having ended a frustrating 6-game winless run in the Premier League. Furthermore, Wolves have lost five out of their last seven league meetings, in which they have failed to keep a clean sheet. Winless in three consecutive away encounters, the returnees have conceded at least one goal in four of their last five road matches while they’ve scored exactly one goal per game four times during the run. 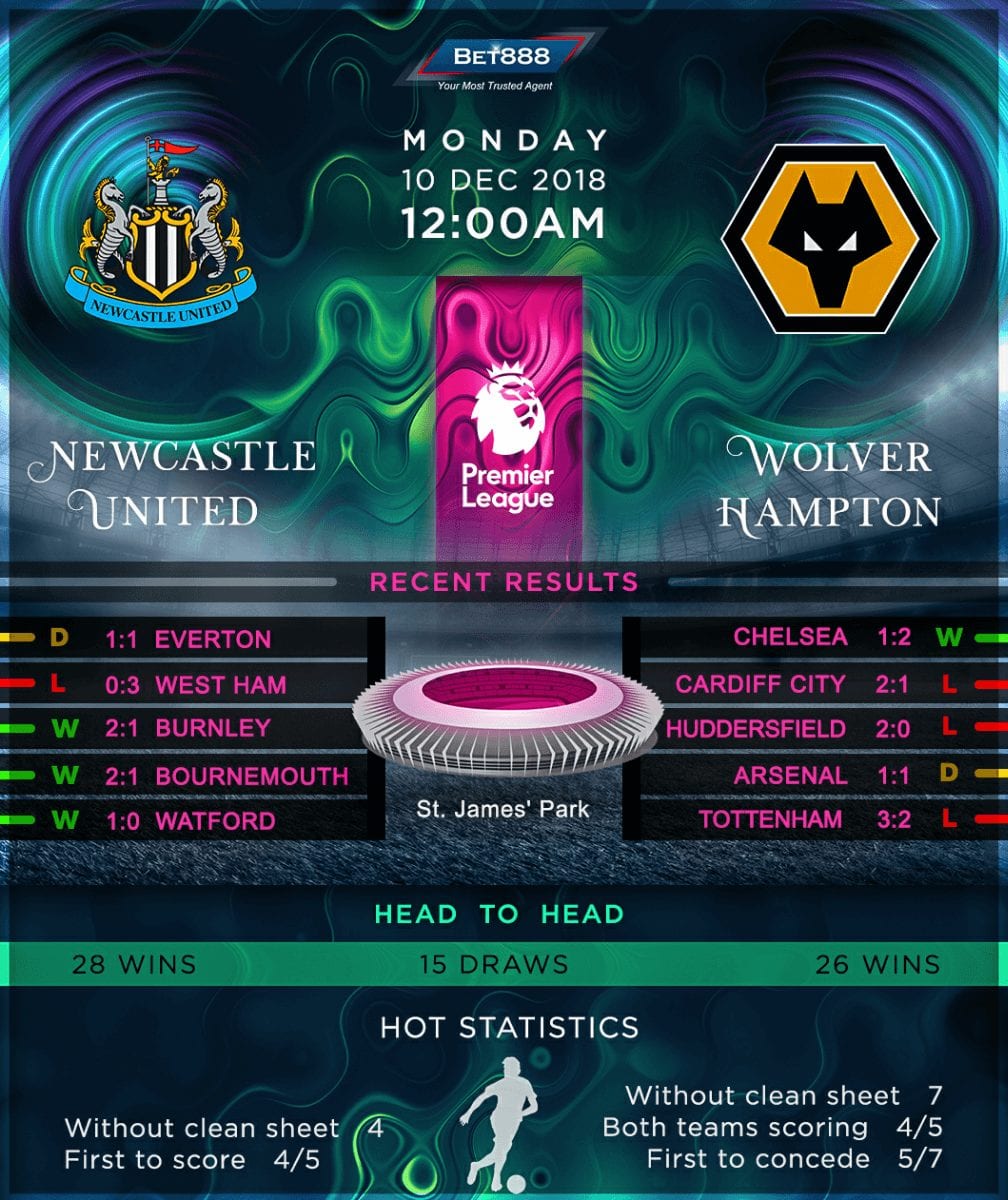