After a 1-0 defeat to Tottenham Hotspur in the midweek, Newcastle United’s losing streak has extended to four consecutive games, and Rafael Benitez is desperate to end this negative spell against demoralized Chelsea side, who lost the Champions League promotion race chances following a 1-1 draw with Huddersfield at Stamford Bridge. The Magpies have escaped the danger zone mainly thanks to some exquisite performance at St James’ Park, as they’ve won four matches in a row at home prior a 1-0 loss to West Bromwich Albion and the Blues will have to demonstrate a lot more desire and hunger if looking to wrap up all three points. A severe crisis Chelsea have been going through during February could cost them the Champions League appearance, as Antonio Conte’s team lost five games on the road in all competitions during that period before they’ve managed to achieve three straight wins. Two sides have faced each other two times this season, with Chelsea beating Newcastle both in the Premier League and the FA Cup, scoring six goals in the process.

Jesús Gámez and Christian Atsu are struggling with injuries and won’t be available for the encounter, while David Luiz won’t travel with the rest of the squad, as he is yet to return from a long-lasting injury. 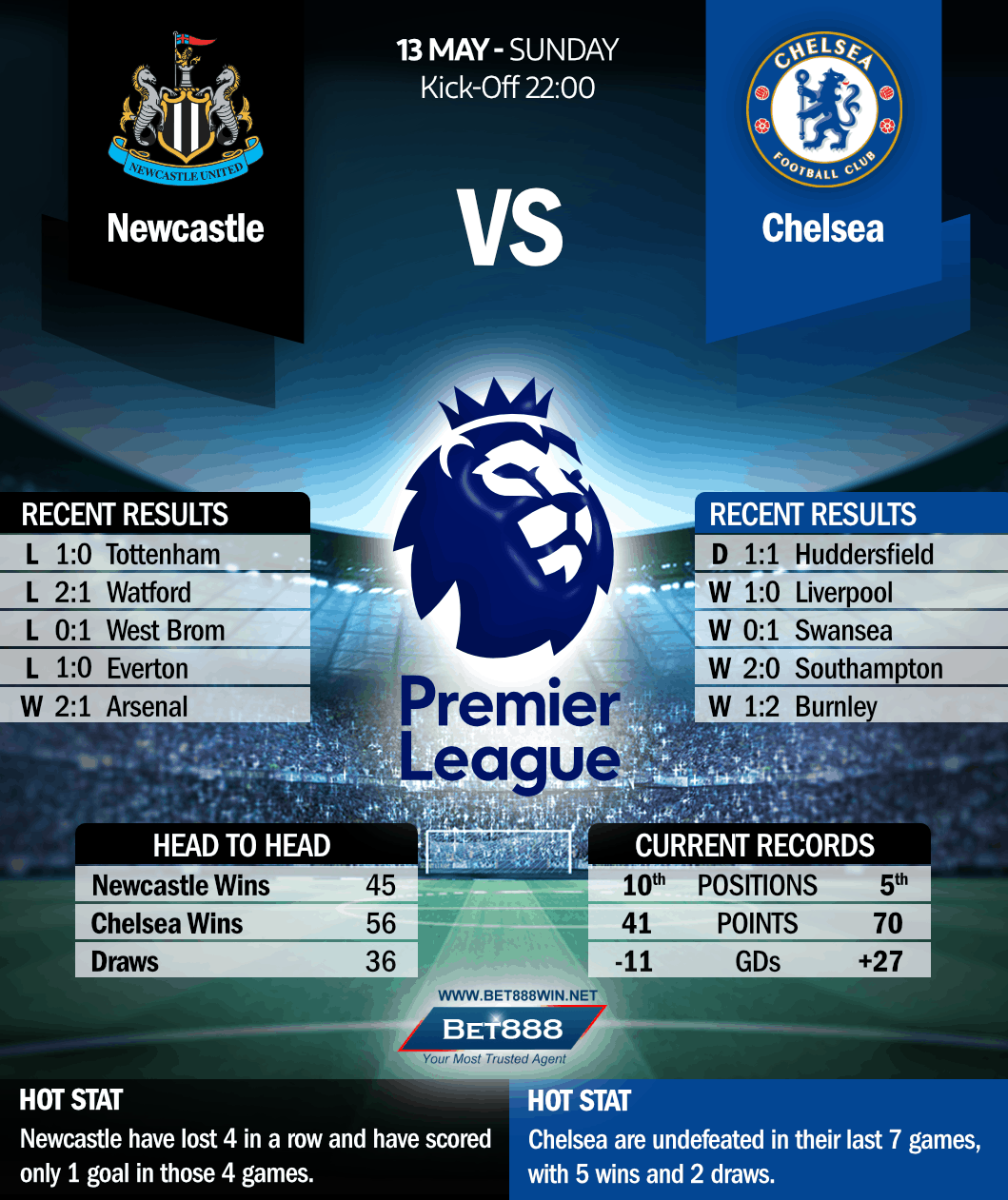