The Netherlands and France are set for a face-to-face meeting at the Stadion Feijenoord in Rotterdam, as the hosts hope to take revenge on a 2-1 defeat in Paris.

During the last international break, the Oranje have demolished Germany at home by three goals to nil, as they currently trail their upcoming opponents by four points. In a friendly encounter with Belgium a month ago, the Clockwork Orange were held to a 1-1 draw, which was the 5th time in the previous six matches they’ve failed to keep a clean sheet. However, Ronald Koeman’s players have notched at least one goal in nine out of the past ten games, only missing to finding the back of the net against England back in March. Holland have lost two out of eight meetings in 2018, having secured three wins while playing out three draws in the process.

On the other hand, the reigning world champions currently top the UEFA Nations League Group A/1 with a record of two wins and a draw. Les Bleus have defeated Netherlands and Germany at home while being held to a scoreless draw to Die Mannschaft on the road. However, during the last international break, Didier Deschamps’ players have disappointed home fans, having played out a 2-2 draw with Iceland in a friendly match. However, after a 3-2 loss to Colombia in March, France have wrapped up eleven wins in the following fifteen games, while being held to four draws in the process. Moreover, Griezmann and his fellow international colleagues have failed to find the back of the net just two times in 2018, while scoring a minimum of two goals 14 times in the past 19 meetings. 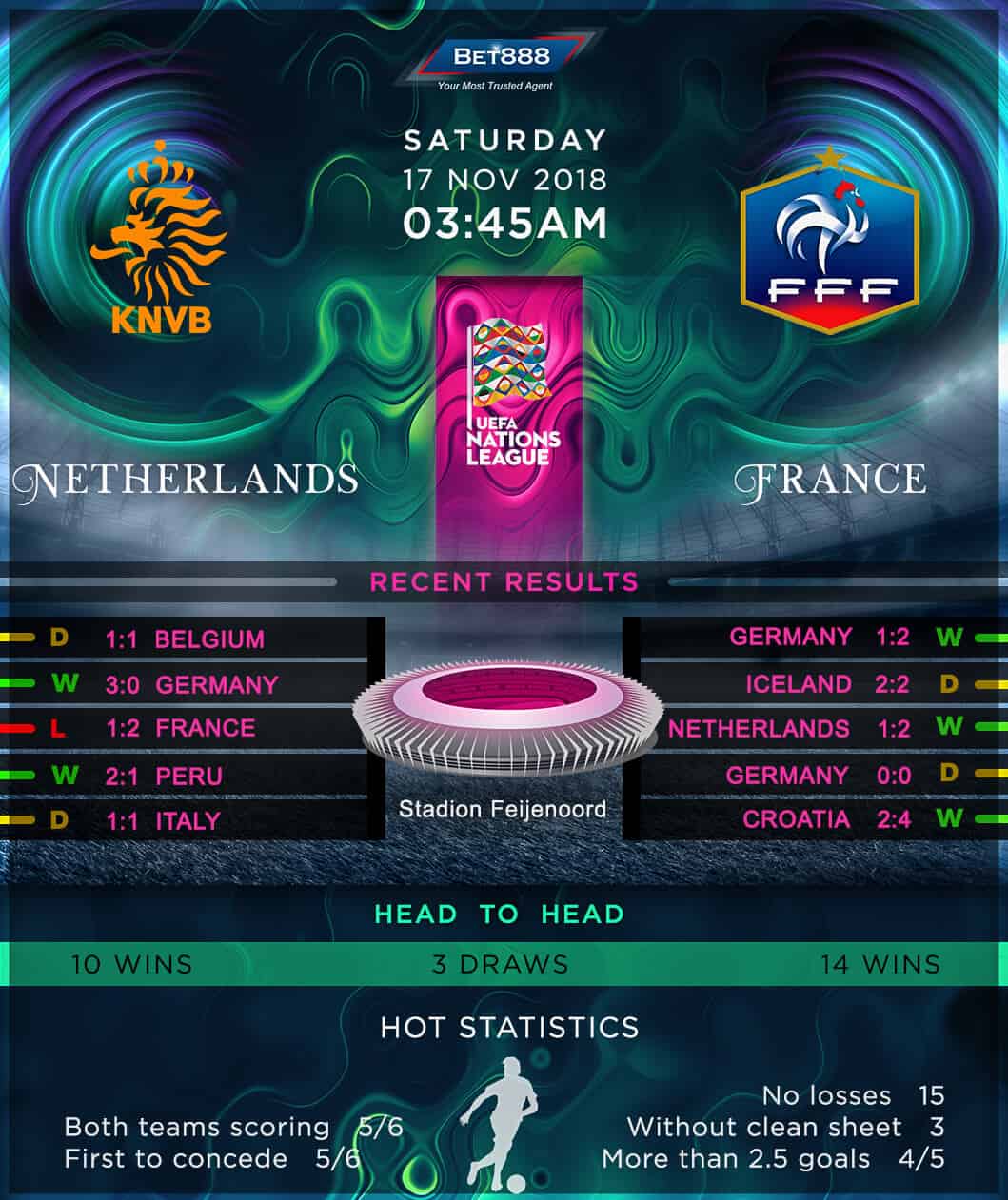