Netherlands will host England at the Johan Cruijff Arena in Amsterdam hoping to find their way out of crisis and start a new cycle. Dutch football has experienced another failure after Netherlands failed to qualify for the Euro 2016, they will be missing out on the upcoming World Cup as they’ve finished in a disappointing third place in the group behind France and Sweden, which resulted in Dick Advocaat getting fired and the appointment of Ronald Koeman. A match against England will be Koeman’s first game in charge of the national team. The Three Lions had no problems in qualification as they’ve comfortably secured the first place in their respective group ahead of Slovakia with nine victories in ten matches, in which they’ve only conceded three goals. However, in two previous friendly games against Germany and Brazil, England have failed to find the back of the net although they also haven’t allowed their opponents to score.
Oranje is going through the process of transition with many new players being included in the preliminary list, such as Hans Hateboer, Ruud Vormer, Steven Bergwijn, Marco Bizot, Gus Til, Wout Weghorst, and Justin Kluivert. Nick Pope, James Tarkowski, Alfie Mawson, and Lewis Cook will have their chances to wear the national team shirt for the first time as Gareth Southgate has also decided to make a few changes. 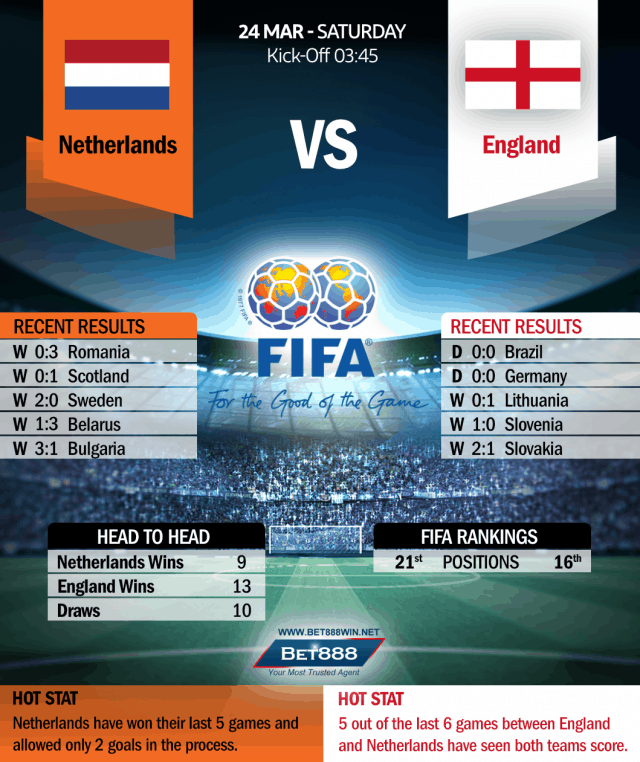