Johan Cruijff Arena is the venue as the Netherlands and Belgium battle it out for a place in the 2022/23 Nations League playoffs.

The Netherlands eased past Poland 2-0 in their opening September fixture, making it four wins from five Group A4 fixtures (D1) and bringing themselves on the cusp of the Nations League semi-finals. Interestingly, a 4-1 walloping of Belgium on day one has set the tone for Holland’s outrageous Nations League campaign, ending their underwhelming eight-game winless H2H streak against this opposition (D6, L2). Avoiding defeat in Amsterdam would seal the deal for the ‘Oranje,’ who have undergone a renaissance since Louis van Gaal’s reappointment as a new chief of staff. The Dutchman’s third tenure at the national team’s bench has seen the Netherlands go unbeaten in all 14 internationals (W10, D4), securing their first World Cup appearance since 2014 in the process. More importantly, they scored at least twice 11 times during that 14-match sequence!

In the meantime, inspired by Manchester City talisman Kevin De Bruyne, Belgium eked out a 2-1 home triumph over Wales a few days ago, making it four Nations League fixtures without losing in a row (W3, D1). Ranked second in FIFA’s men football rankings, ‘De Rode Duivels’ will be out to avenge their largest-margin defeat under Roberto Martinez’s stewardship. But Belgium’s recent away form doesn’t inspire much confidence, as before beating Poland 1-0 on their most recent international travel, they had been winless in four straight games on the road (D3, L1). Scoring on foreign soil has been a problem for this star-studded Belgium side lately, with Martinez’s men netting over 1.5 goals just once on their last six international travels. 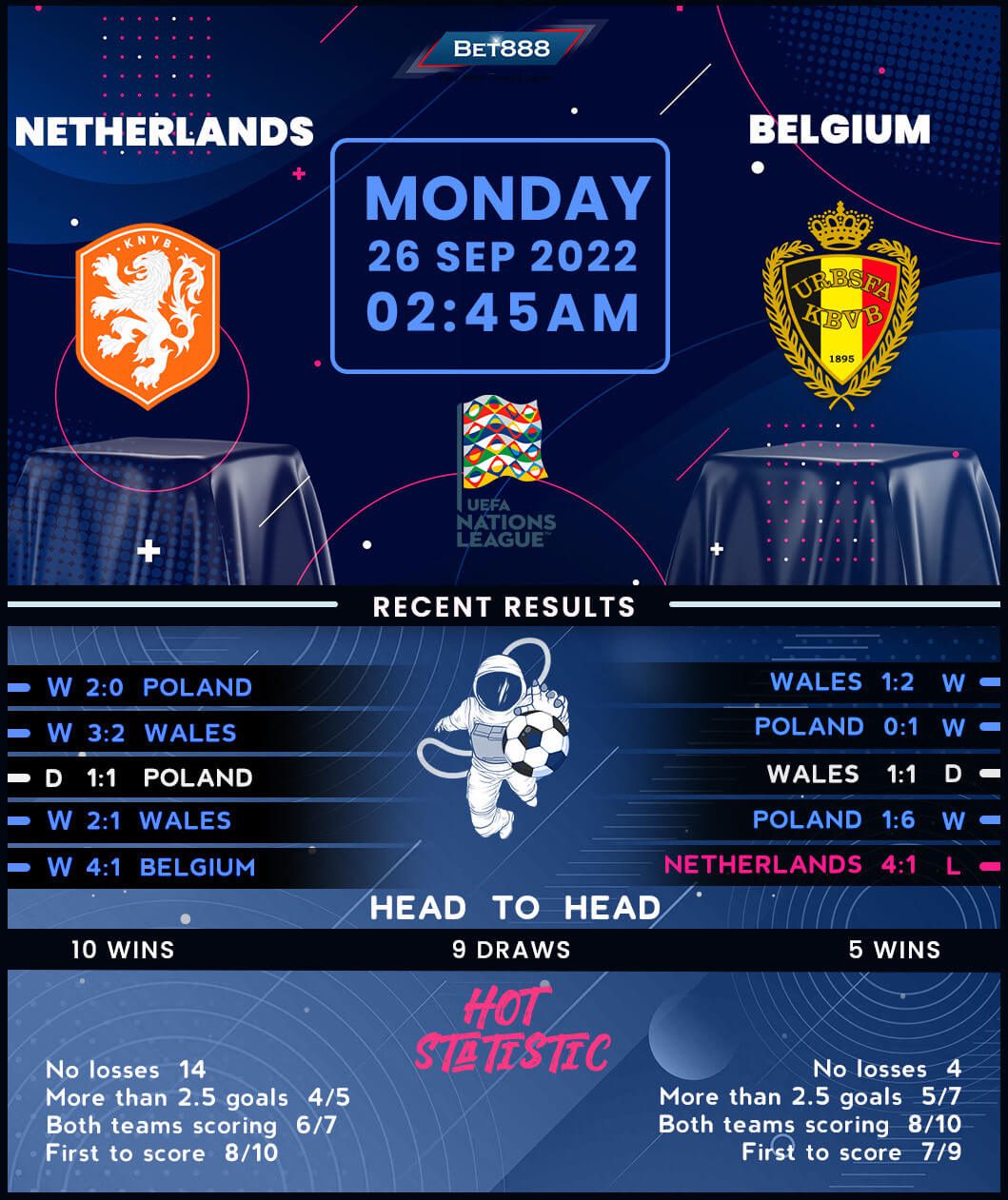