Stadio Diego Armando Maradona is the venue as Napoli and Juventus face each other in a top-table Serie A six-pointer.

Even though Inter Milan spoiled Napoli’s 15-game unbeaten Serie A start (W13, D2) with a narrow 1-0 victory, Luciano Spalletti’s men swiftly returned to winning ways by beating a ten-man Sampdoria 2-0 last weekend. Seven points clear of second-placed Juventus, ‘I Partenopei’ seem to be galloping toward their first Scudetto since 1990, though there’s no room for complacency. The last two times they were crowned the so-called ‘Winter Champions,’ Juventus surpassed them in the end, most recently in 2017/18. However, Napoli went unbeaten in both Serie A meetings with ‘I Bianconeri’ in 2020/23 (W1, D1), including a come-from-behind 2-1 triumph in this corresponding fixture, and could make it three top-flight H2Hs in a row without losing for the first time since 2011.

Meanwhile, Juventus left it late to beat Udinese 1-0 last time out and extend their outrageous winning league streak to eight matches without conceding. In doing so, Massimiliano Allegri’s men have leapfrogged defending champions AC Milan into second and could blast the Scudetto race wide open with a win here. However, the Turin heavyweights have lost their last three league visits to Naples and could suffer four away defeats in a row against Napoli for only the second time in the club’s history. ‘I Bianconeri’ must be confident about avoiding that scenario after winning their last four Serie A away matches via an identical 1-0 scoreline. But scoring woes remain the elephant in the room, with the visitors averaging just 0.62 goals per league travel this term. 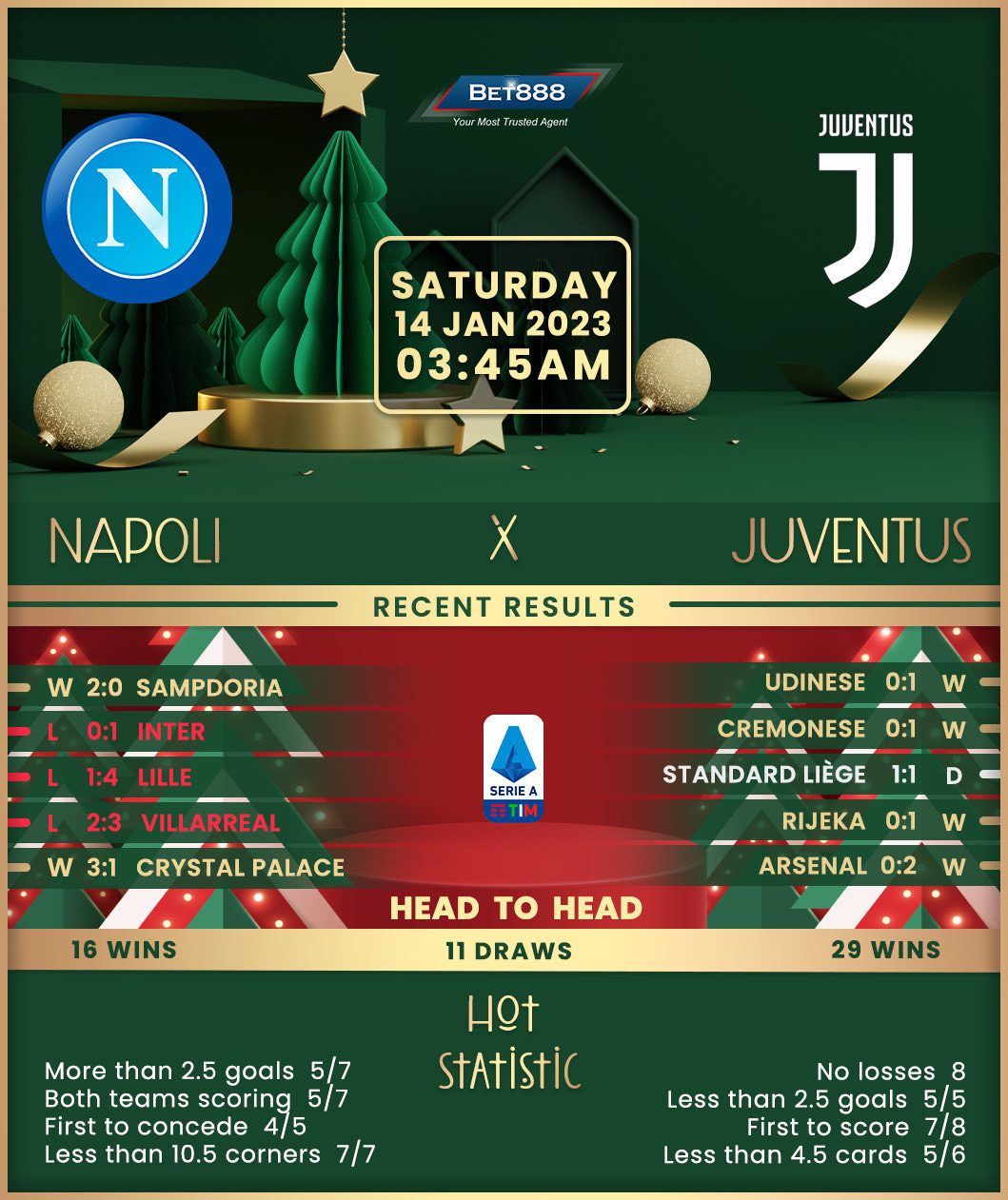