Stadio Brianteo is the venue as Monza and Inter Milan go head-to-head in their first-ever Serie A showdown.

Monza’s hopes of avoiding a swift return to Serie B received another boost in their first top-flight outing in 2023 as they came from behind to hold Fiorentina to a 1-1 draw last time out. Having built a substantial eight-point lead on the relegation zone, Raffaele Palladino’s men will take the field in high spirits. Monza toppled Juventus 1-0 on Palladino’s touchline debut in September and have since won three of their subsequent four Serie A games without conceding (L1), turning Brianteo into a formidable venue. However, if they’re to register three straight home league triumphs for the first time since April 2022, they’d be well advised to fly out of the traps. The hosts’ have lost seven of the eight Serie A matches in which they conceded first this term (D1).

On the other hand, Inter Milan knocked Serie A pacesetters Napoli down from a 15-game unbeaten league start, courtesy of a 1-0 home triumph on their Serie A return in midweek, extending their own winning league run to three matches. In addition to strengthening their position in a keenly-contested top-four race, ‘I Nerazzurri’ have reduced the gap on Napoli to eight points, but they must find consistency on the road. Simone Inzaghi’s men have suffered four defeats on their eight Serie A travels in 2022/23 (W4), though they’ve won three of the last four. Another positive result is well on the cards, considering they’ve racked up 22 victories across their 25 top-flight encounters against newly-promoted sides (D3), including nine triumphs in a row in the build-up to this clash. 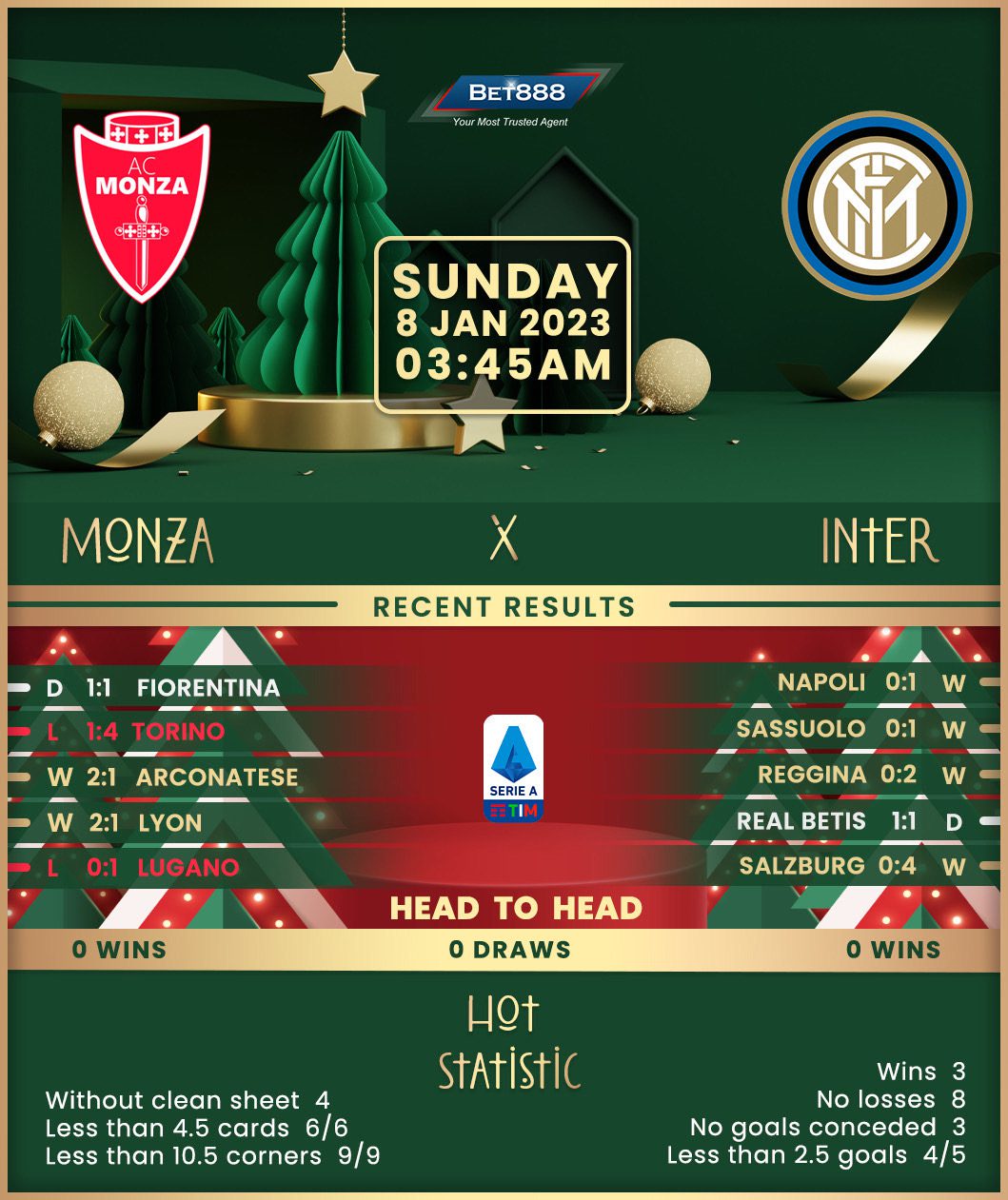