After a disappointing 2-1 defeat to Dijon at home on the opening matchday, La Paillade have notably raised their game in the following eight matches, having clinched four wins in the process. With three clean sheets at home, Montpellier have one of the best defensive records in the Ligue 1 along with Paris Saint-Germain and Marseille. However, Michel Der Zakarian’s principle problem is his side’s attacking game, as they’ve barely notched 12 goals in the opening nine fixtures.

Meanwhile, Les Girondins struggle to maintain consistency this season, as they currently occupy the 7th place with a record of four wins, two draws, and three defeats. The Navy-and-Whites have won just four points on the road in a total of four games, having suffered two losses before beating Guingamp and playing out a scoreless draw with Reims. However, in the last five meetings at the Stade de la Mosson, Bordeaux walked away with all three points on three occasions, having suffered only one failure in the process.

Keagan Dolly is ruled out by injury for the hosts, while Ambroise Oyongo and Florent Mollet won’t be available due to suspension. As for the visitors, Alexandre Mendy is the only player to skip the encounter after picking up a knee injury. 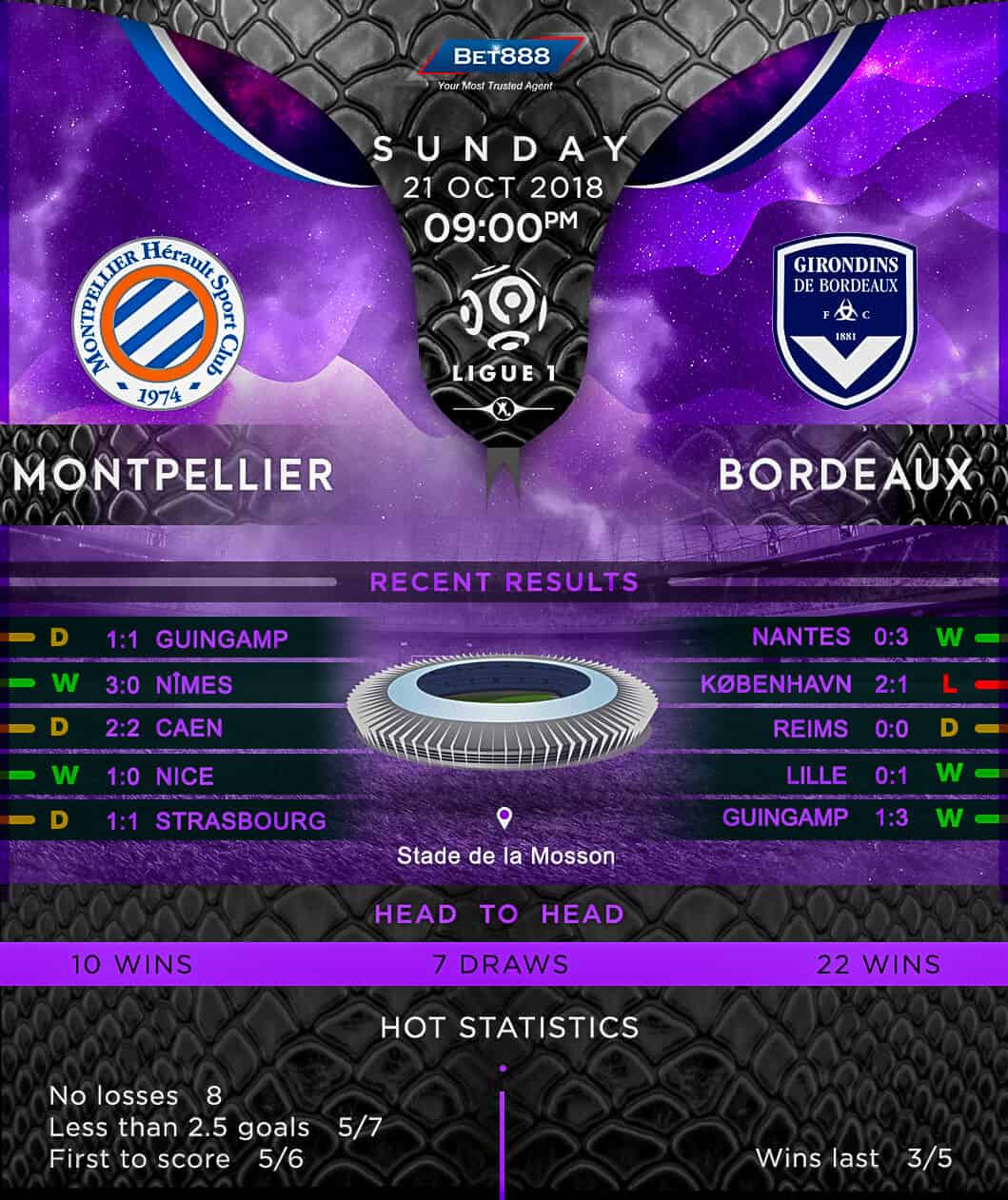