Monaco and Olympique Lyon are set to square off at the Stade Louis II in a mouth-watering Ligue 1 encounter.

A late penalty converted by Breel Embolo fired Monaco to a hard-earned 1-0 Europa League win at Crvenza Zvezda in midweek, helping Philippe Clement’s side string together consecutive wins for the first time this season. Indeed, a narrow 1-0 victory away to Nice last time out ended Monaco’s underwhelming run of four winless Ligue 1 fixtures (D2, L2), two of which saw them concede precisely four goals. In fact, ‘Los Monégasques’ have lost both previous home league outings, marking their worst home streak in the French top-flight since December 2018. Lyon’s upcoming visit could add insult to injury, with Monaco finding themselves on the losing side in two of their last three Ligue 1 H2Hs on this ground (W1).

In the meantime, without the distraction of European football, visiting Lyon are looking to return to a major European competition this term. However, an unexpected 3-1 away defeat to Lorient in midweek dented their bid to secure a top-three finish, curtailing their five-match unbeaten Ligue 1 start (W4, D1). Playing on the road has not be Lyon’s strong suit by any stretch of the imagination, with Peter Bosz’s team picking up just two wins from their last eight away league games (D3, L3). As such, ‘Les Gones’ face the prospect of losing back-to-back Ligue 1 matches for the first time since October 2019. But with both teams scoring in both Lyon’s away league fixtures this season, the Stade Louis II crowd could be in for a treat, nonetheless. 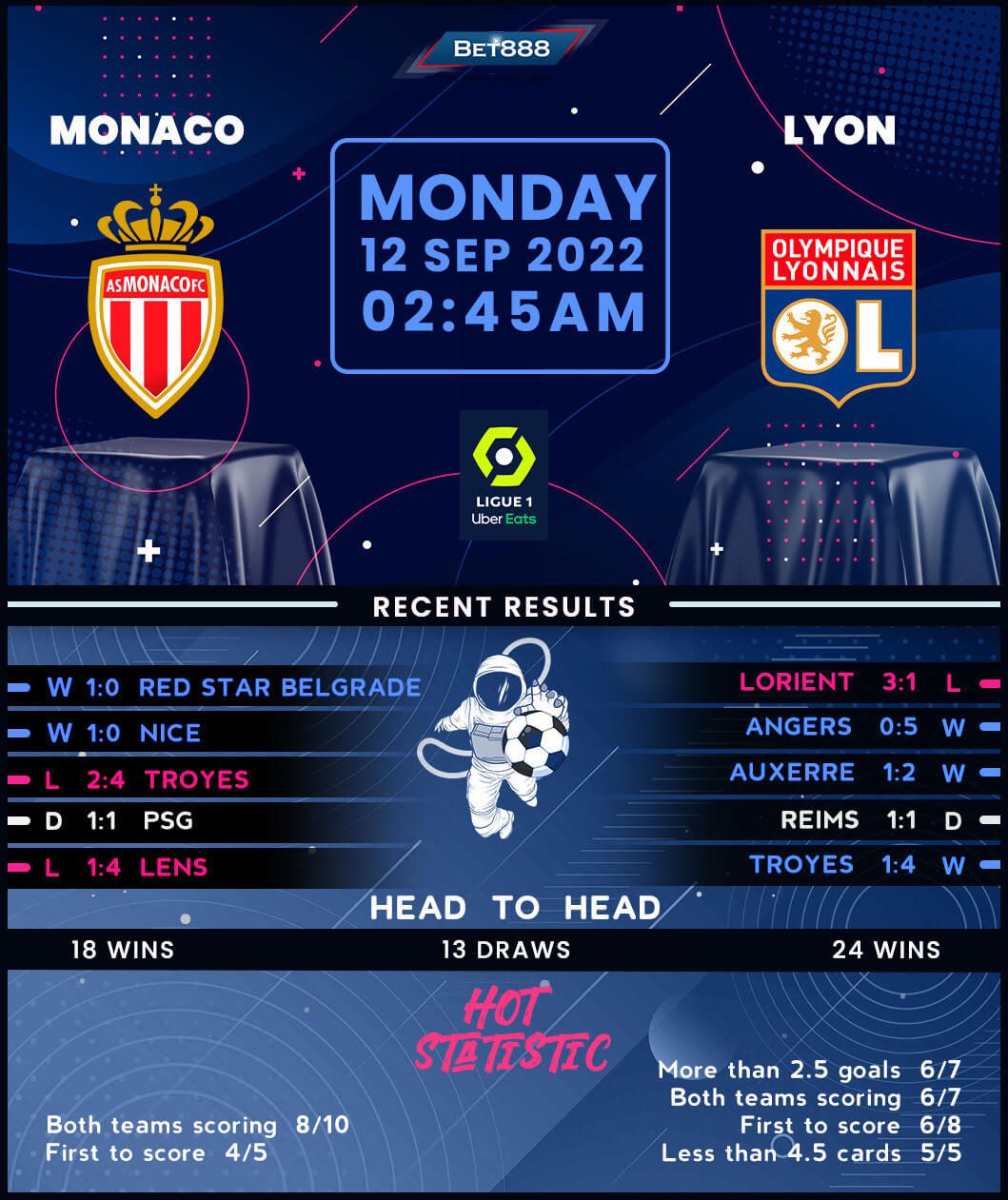