Breel Embolo’s second-half penalty fired Monaco to a morale-boosting 1-0 win at Crvena Zvezda Belgrade on day one, setting the pulse for what might be their first-ever progression beyond the Europa League group stages. That success forms part of Monaco’s three-match winning streak across all competitions, which is significant progress on an underwhelming five-game winless streak beforehand (D3, L2). ‘Los Monégasques’ can draw more inspiration from their Europa League home form, as they’ve only lost one of their seven such fixtures (W3, D3). By contrast, Monaco head coach Philippe Clement is seeking his first Europa League home win as a manager after four successive failed attempts (D2, L2). After his side claimed a 2-1 win over Lyon at the weekend to arrest a four-match winless home start in 2022/23 (D2, L2), he should feel confident.

In the meantime, despite falling a man down only ten minutes in their Group H curtain-raiser against Trabzonspor, visiting Ferencvaros pulled off a massive 3-2 home win to improve their hopes of reaching the Europa League knockouts for the first time. The defending Hungarian champions eased past domestic rivals Kisvarda 3-0 at the weekend, extending their winning streak across all competitions to five games, four of which saw them score 3+ goals. However, Stanislav Cherchesov’s side failed to impress on the road in last season’s Europa League installment, losing all three away fixtures via an aggregate score of 6-1. Moreover, they’ve conceded beyond the hour mark in three of their last four Europa League away defeats, testifying to their lapses of concentration. It’s no wonder that the odds against Ferencvaros enjoying progression from Europe’s second-tier competition at the fourth attempt are long. 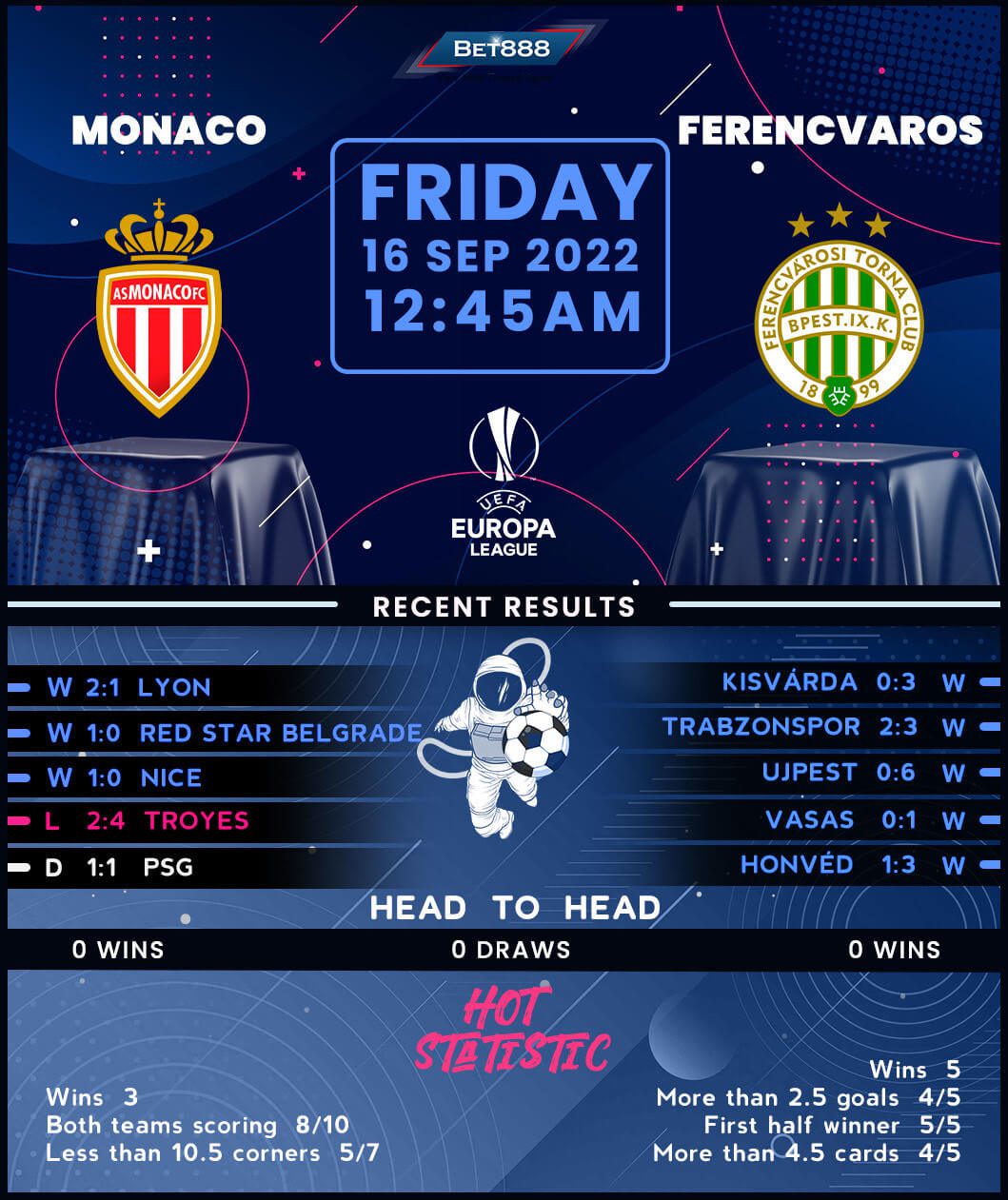