Aker Stadion is the venue as Molde and Wolfsberger go head-to-head in the first leg of their Europa Conference League playoff tie.

Last season’s Norwegian Eliteserien runners-up Molde are bidding to return to a European competition group phase for the first time since bowing out of the 2020/21 Europa League last-16. The Norwegian heavyweights first dumped Swedish outfit Elfsborg out of the opening qualifying round, courtesy of a 6-2 aggregate success, before squeezing past Hungarian side Kisvarda last time out (3-0 H, 1-2 A). High scoring has been a common theme in Molde’s recent competitive outings, with their last seven fixtures featuring 3+ goals and five of them seeing both teams on the scoresheet. They’ve been a force to be reckoned with at home this term, winning five out of six games (D1), four of which yielded a 3+ goal margin, including the last three in a row.

On the other hand, Wolfsberger’s continental journey began in the previous Europa Conference League qualifying round as they overcame a 0-0 first-leg draw at home to thrash Gzira 4-0 on the road and set up this tie. However, that victory in Malta remains Wolfsberger’s solitary win across seven competitive matches (D3, L3), with Robin Dutt’s side netting under 1.5 goals in five of the six games they didn’t win in that period. The Austrians’ indifferent all-time European record on hostile soil (W5, D1, L4) highlights the unpredictability of this team that’s only lost one of their last four competitive away games (W2, D1). 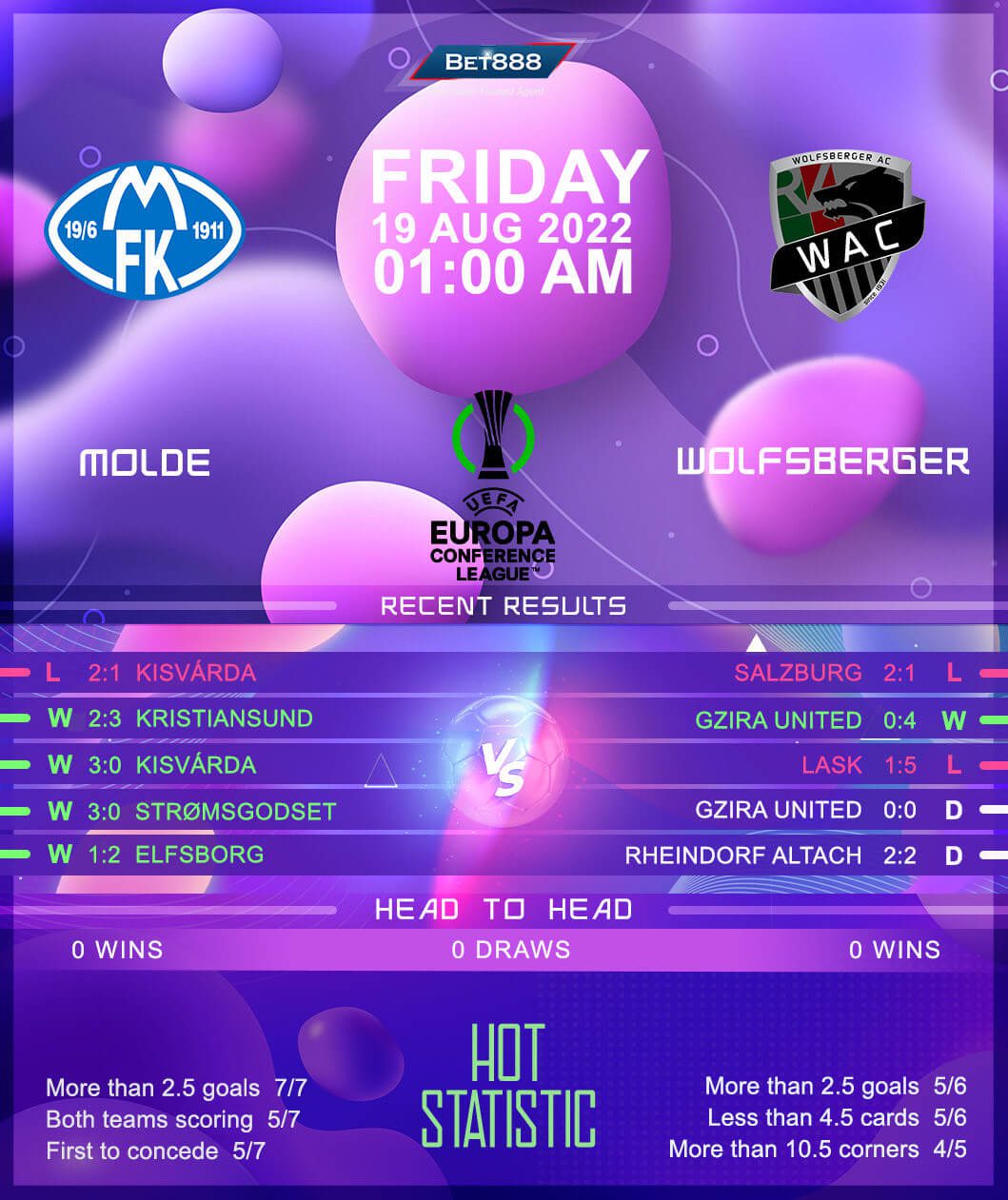