At the Groupama Arena in Budapest, MOL Vidi will host Chelsea in the final fixture of the Europa League group stage looking to get a much-needed victory that will get them a step away from reaching the knockout phase.

With a record of two wins and three losses, the reigning Hungarian champions currently share the second place with BATE Borisov, but due to a worse goal difference and H2H stats, they have to beat the Blues and hope BATE won’t achieve a victory against PAOK in Greece. Vidi have lost both encounters with BATE and the first leg to Chelsea in London, failing to hit the back of the net during that period. The only two wins Marko Nikolic’s men have secured so far were against PAOK against whom they haven’t conceded a single goal. Although they won three consecutive home matches across all competitions, the hosts are huge underdogs in this meeting, especially looking at Chelsea’s dominant performance against Man City during the weekend.

The visitors top Group L with all five wins and are the only team in this group that have already secured their place in the knockout stage. Their tally of just one goal conceded in their opening five group stage games is comfortably Europa League’s high, as the Blues kept a clean sheet four times so far, which is more than any other team managed in the competition. The London outfit has bagged ten goals ahead of this round, with three of their five wins ending with the similar 1-0 scoreline. However, Maurizio Sarri’s men come into this meeting following two straight road defeats, including the one against Wolverhampton Wanderers last midweek. 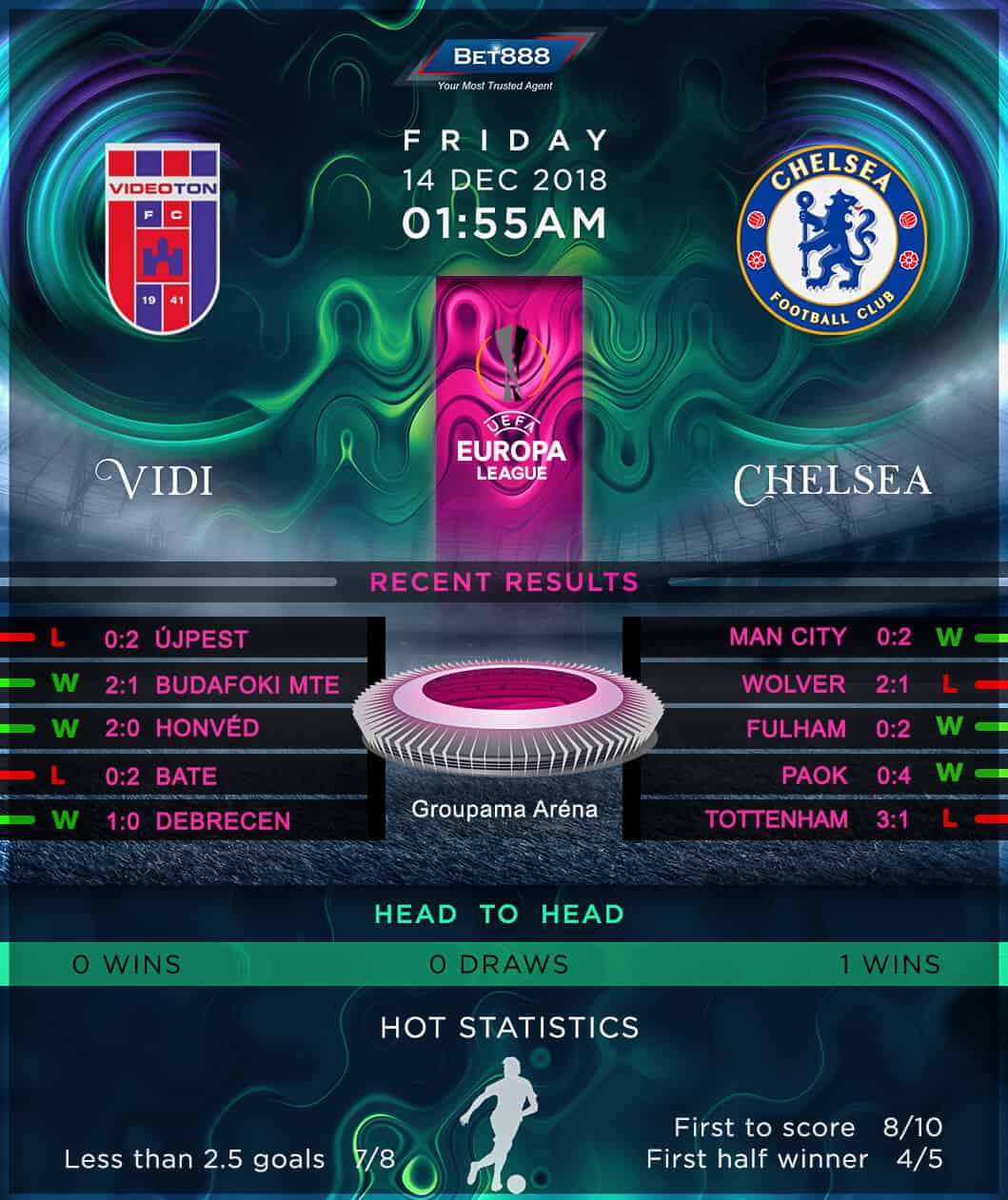