Juventus continue their preparation for the new season, as they are looking to take on the MLS All-Star team at the Mercedes-Benz Stadium in Atlanta, Georgia. The Old Lady had a decent start of the pre-season campaign, as they recorded an impressive 2-0 win over Bayern Munich and pulled off a nice comeback against Benfica to send the match to a penalty-shoot-out that they ultimately won thanks to two misses from the spot by the Eagles’ players. On the other hand, the MLS All-Star team will seek their first triumph in three years, as they last beat Tottenham Hotspur by two goals to one back in 2015 after which they lost two consecutive times, 2-1 to Arsenal, while Real Madrid defeated them on penalties. Atlanta United coach Tata Martino is selected to lead the MLS stars from the bench against the Italian giants, and he will have quite an attack at his disposal through the likes of Bradley Wright-Phillips, Chris Wondolowski, Roy Lassiter, former Juventus forward Sebastian Giovinco, and Carlos Vela, who is elected the captain of the MLS All-Stars.

Massimiliano Allegri will have two summer signings at his disposal as Joao Cancelo and freshly recovered Emre Can are both looking to start from the first minute, while Juventus’ biggest acquisition Cristiano Ronaldo is yet to join his teammates. 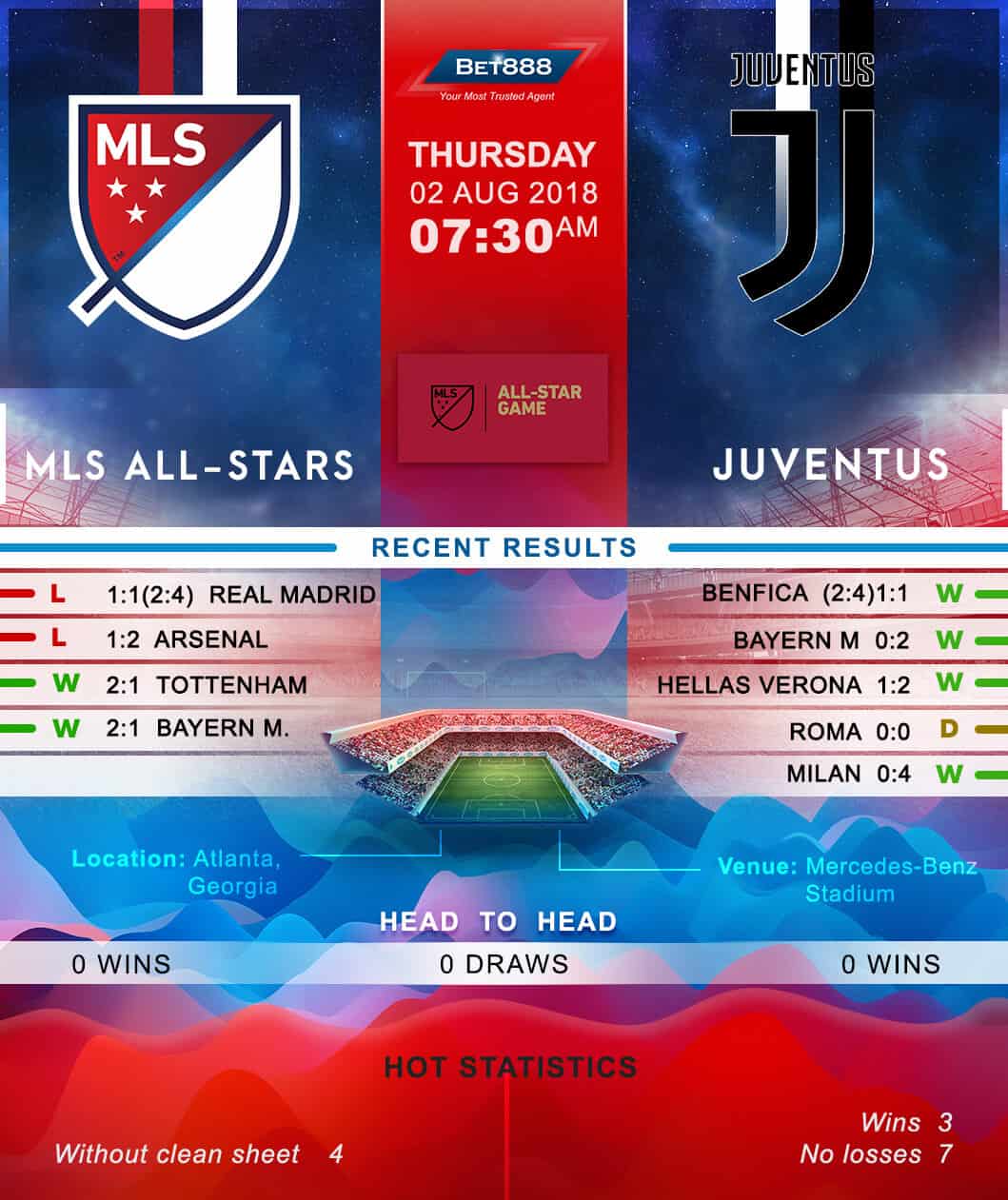