MCH Arena is the venue as Midtjylland and Lazio go head-to-head in an exciting Europa League showdown.

Midtjylland’s bid to progress beyond the Europa League group stages for the second season running suffered a stuttering start as they lost 1-0 away to Sturm Graz in a curtain-raising Group F encounter.  The reigning Danish cup holders’ form is equally underwhelming ahead of their first-ever European clash against Lazio, with Albert Capellas’ side picking up just one competitive win since the start of August (D3, L5). Particularly uninspiring at home, the ‘Hedens’ have lost their last four outings at MCH Arena via a two-goal margin, suggesting visiting forwards could have a field day. Adding to Midtjylland’s pre-match misery, they have never defeated Italian opponents in major European competitions (D1, L3), succumbing to 3+ goal margins in all three losses. But there’s still a silver lining for the hosts, as they’ve only lost once in their last seven Europa League home fixtures (W3, D3).

On the other hand, Lazio got their Group F campaign off to an inspiring start, courtesy of a 4-2 thumping of Feyenoord at the Stadio Olimpico. Maurizio Sarri’s men followed their continental success up with a 2-0 home triumph over Hellas Verona in weekend Serie A action. So Lazio will feel confident about maintaining their uplift in form in their first European clash against Danish adversaries since 2001 when they squeezed past Copenhagen in the Champions League playoffs thanks to a second-leg away win. However, Lazio’s recent form on European travels indicates there’s no room for complacency, as ‘I Biancocelesti’ have registered just one victory in their last 13 away matches at a continental level (D4, L8). 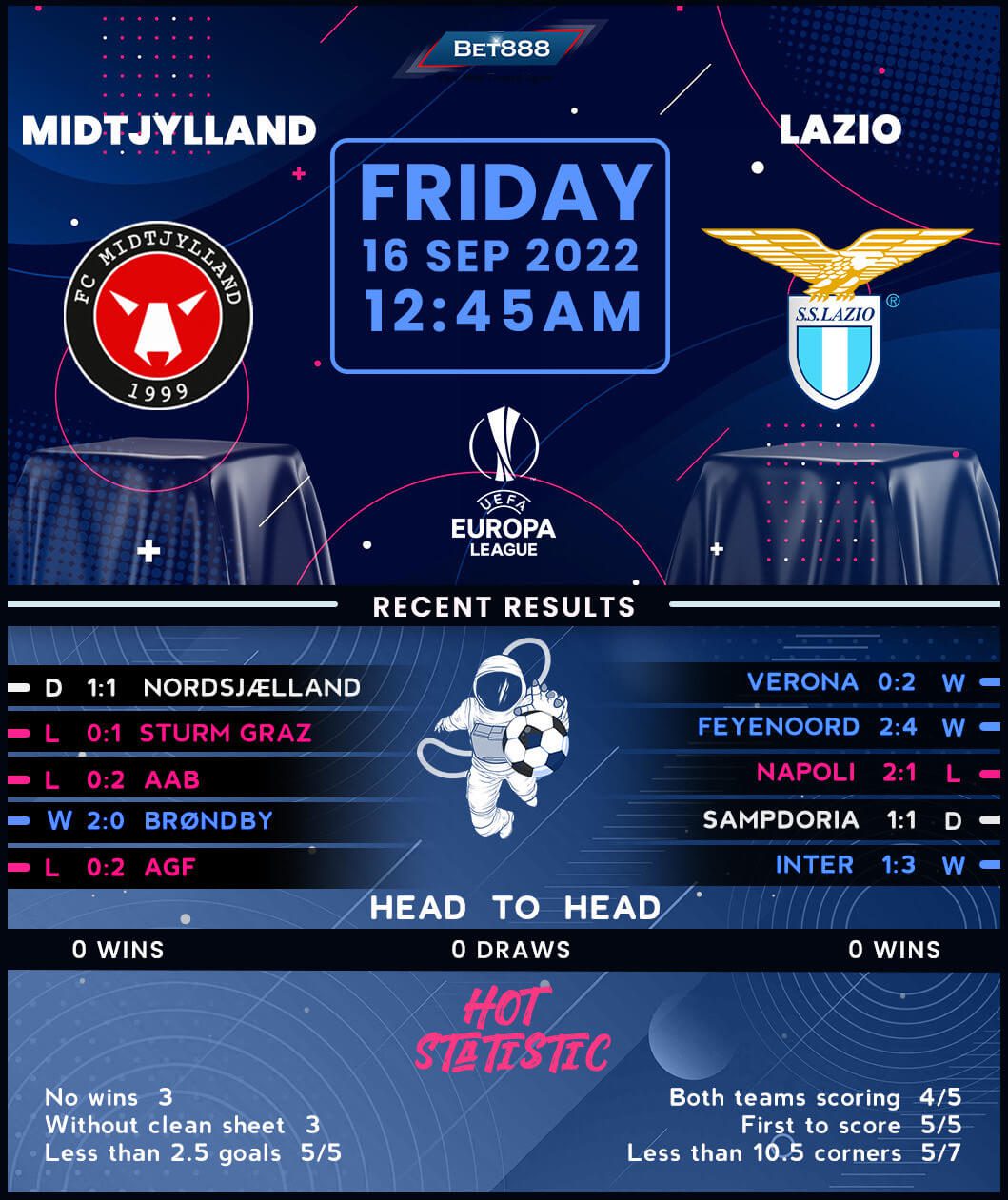