Despite the fact they have achieved two victories in the first two group stage matches against Germany and South Korea, Mexico could still miss out on the knockout stage in case Sweden pull off a 2-goal margin triumph in a head-to-head encounter that will take place at the Central Stadium in Yekaterinburg. El Tri displayed astonishing performance against the current World Cup winners, defeating Germany by one goal to nil in their opening 2018 FIFA World Cup match, after which they have secured a routine win over South Korea, whom they have beaten 2-1. However, a game against Sweden will be decisive in their knockout stage pursuit, as the Blue-Yellow have one last chance to advance to the round of 16 despite a 2-1 loss to Die Mannschaft in the previous round. Janne Andersson barely ensured all three points against the Taegeuk Warriors thanks to a penalty kick goal by the captain, Andreas Granqvist, but they have disappointed against Germany, to whom they have lost in the closing moments of the match despite the expulsion of Jerome Boateng.

Andersson would hardly make significant changes in his starting line-up, but considering the recent displays from Marcus Berg, John Guidetti might be the striker to partner Ola Toivonen in the final third. As for El Tricolor, Juan Carlos Osorio will probably field the same eleven that started the match against South Korea. 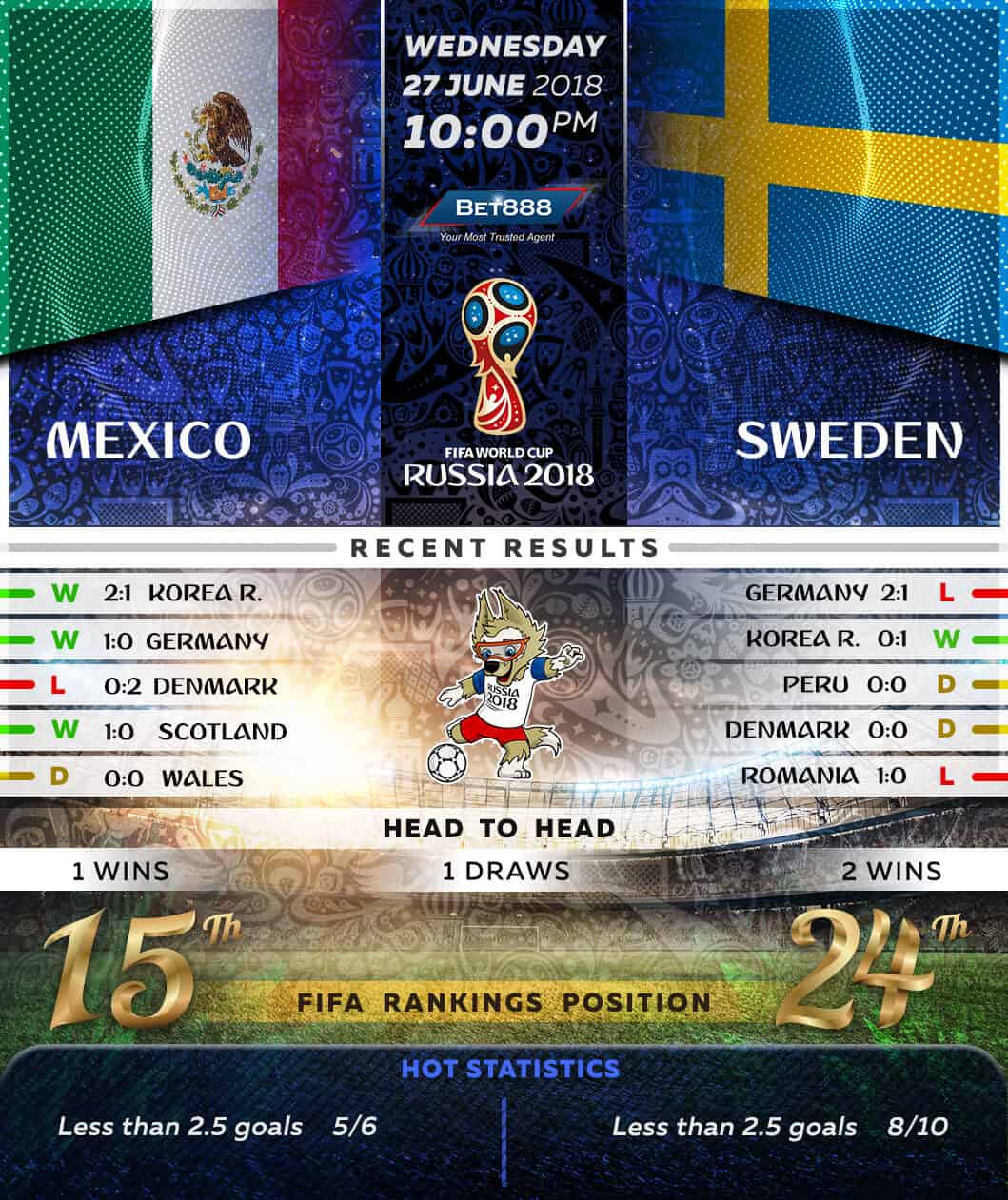