Marseille’s second Champions League group stage campaign in three years was off to a poor start as Richarlison’s quick-fire second-half brace handed Tottenham Hotspur a 2-0 win on matchday one. After slumping in London, ‘Les Olympiens’ came from behind to beat Lille 2-1 in Ligue 1 action at the weekend and set themselves up nicely for this fixture. However, the French heavyweights have suffered 15 defeats in their last 16 Champions League outings (W1), testifying to their inability to cope with Europe’s elite clubs. On top of that, Igor Tudor’s men have found themselves on the losing side in eight of their last ten European meetings with German adversaries (W1, D1), suggesting their underwhelming Champions League form could go on. It’s also worth mentioning that they’ve lost both previous European games against Eintracht via an aggregate score of 6-1.

In the meantime, Sporting Lisbon slathered visiting Eintracht Frankfurt 3-0 in Germany in the opening round, pinning the Champions League debutants to the bottom of Group D. Instead of bouncing back, Oliver Glasner’s men followed up their disappointing European performance with a 1-0 home defeat to fellow Bundesliga rivals Wolfsburg at the weekend. ‘Die Adler’ may now lose three successive matches without scoring for the first time since February. Despite all the trouble and uneventful showings, Frankfurt can draw inspiration from their impressive away record in European action after coming out victorious in nine of their last 14 continental travels (D2, L3). Moreover, they have won twice in their three previous visits to French opponents. 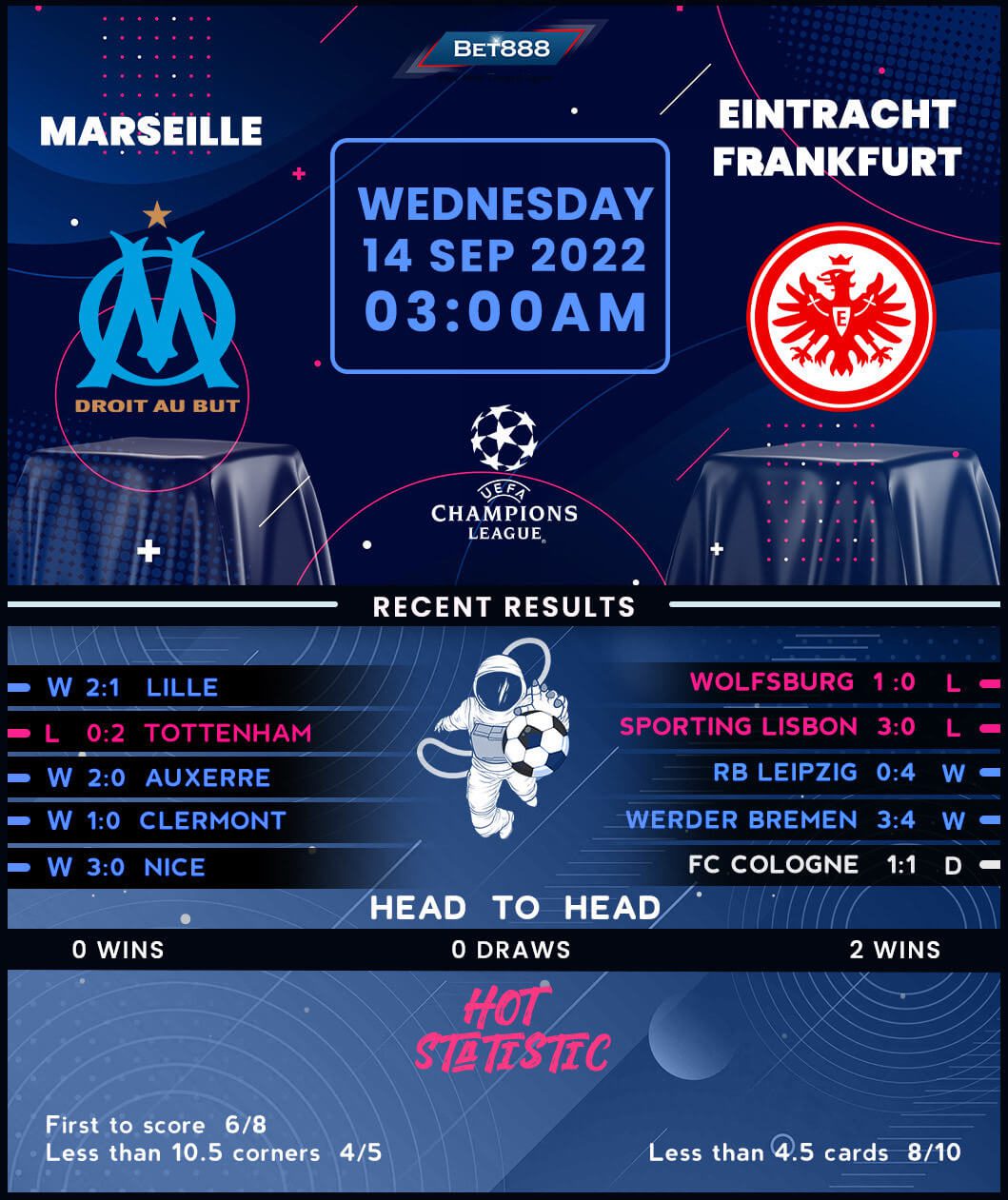