After an astonishing 3-0 win over Young Boys in the Champions League opener, Manchester United will host Wolverhampton Wanderers at the Old Trafford, looking to extend a 2-match winning streak in the Premier League.

Although the Red Devils opened the season with a 2-1 triumph over Leicester City, they’ve dropped in form awkwardly, losing the next two games, to Brighton &Hove Albion and Tottenham, while conceding six goals in the process. However, Jose Mourinho has managed to push his team forward, and the 3-time Champions League winners achieved two straight away victories, over Burnley and Watford.

Meanwhile, after a slow start of the season that saw them barely collecting two points in the three opening fixtures, Wolves have gear up notably, securing three straight wins, including the one against Sheffield Wednesday in the Carabao Cup. Moreover, in the last three matches in both competitions, Nuno Espirito Santo’s side have kept a clean sheet, which used to be their main strength while they were playing in the Championship.

Phil Jones, Marcos Rojo, and Antonio Valencia will have to remain on the sidelines due to injuries, while Ivan Cavaleiro won’t be featuring for the visitors after suffering a back injury. 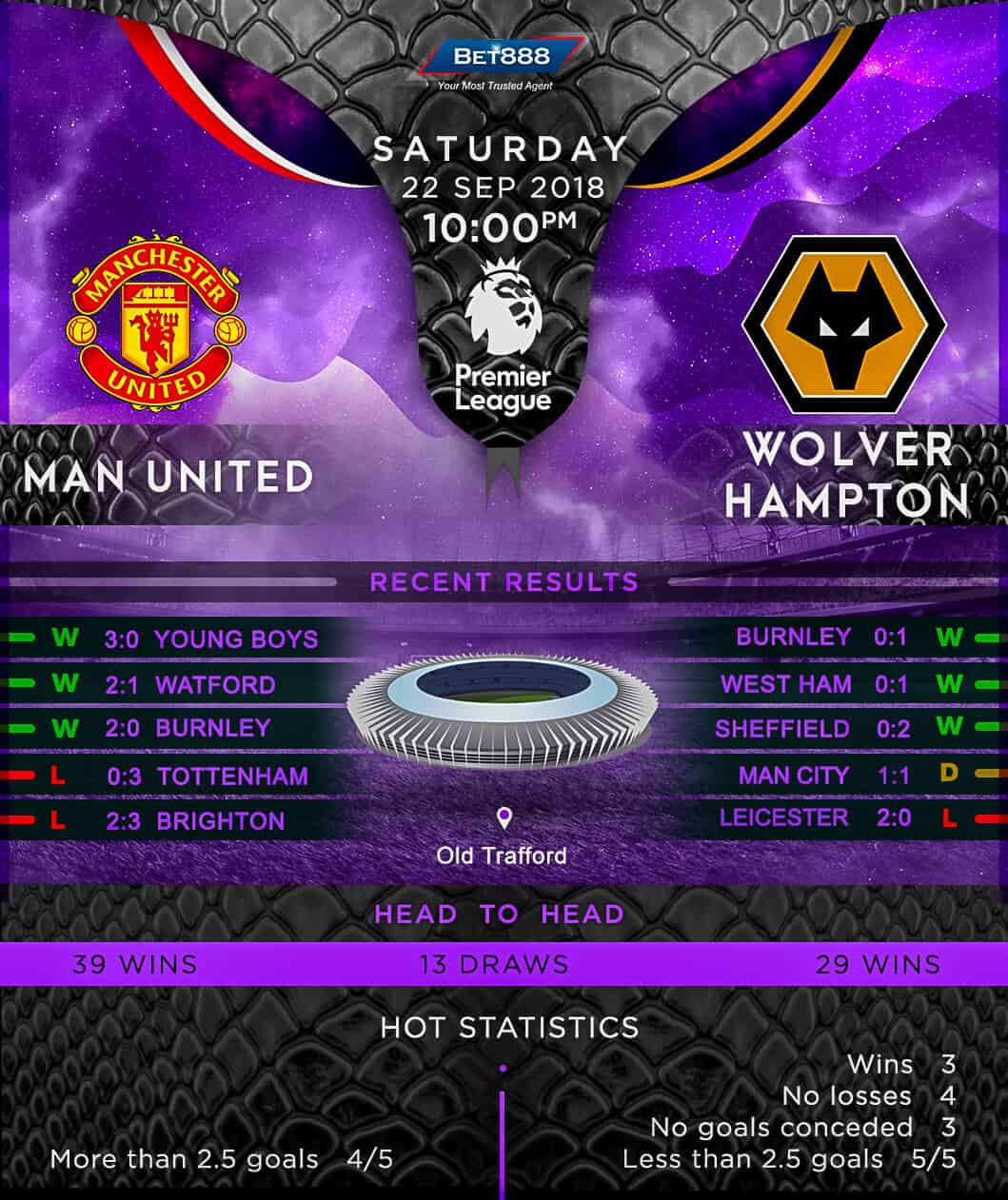