Fresh from a 3-0 thumping of Sheriff Tiraspol in midweek Europa League action, Manchester United will be looking to maintain an impressive seven-match unbeaten streak in all competitions (W5, D2). However, Erik ten Hag’s men have blown hot and cold in the Premier League lately, alternating between winning (2) and drawing (2) in their last four league outings. Yet the ‘Red Devils’ have seemingly had West Ham’s number of late, running out victors in four consecutive top-flight H2Hs for the first time since 2008. It’s likely to improve come Monday, considering the hosts have only lost once in their last 14 Premier League matches on home turf (W8, D5) after losing six of their previous 13 at Old Trafford before this.

On the other hand, visiting West Ham squeezed past Silkeborg 1-0 in the Europa Conference League a few days ago, making it two competitive wins ‘to nil’ in a row for the first time this season. Following a comfortable 2-0 home triumph over Bournemouth last time out, the ‘Hammers’ could win back-to-back Premier League games for the second time in 2022/23, yet their road form suggests otherwise. Barring a 1-0 beating of Aston Villa in late August, David Moyes’ men have gone winless on their five remaining Premier League travels this season (D1, L4), netting under 1.5 goals on each occasion. Indeed, a lack of cutting edge has seen West Ham score a measly average of 0.5 goals per away league game. It looks worse at the other end of the pitch, with the ‘Irons’ managing just two clean sheets on their last 17 top-flight road trips. 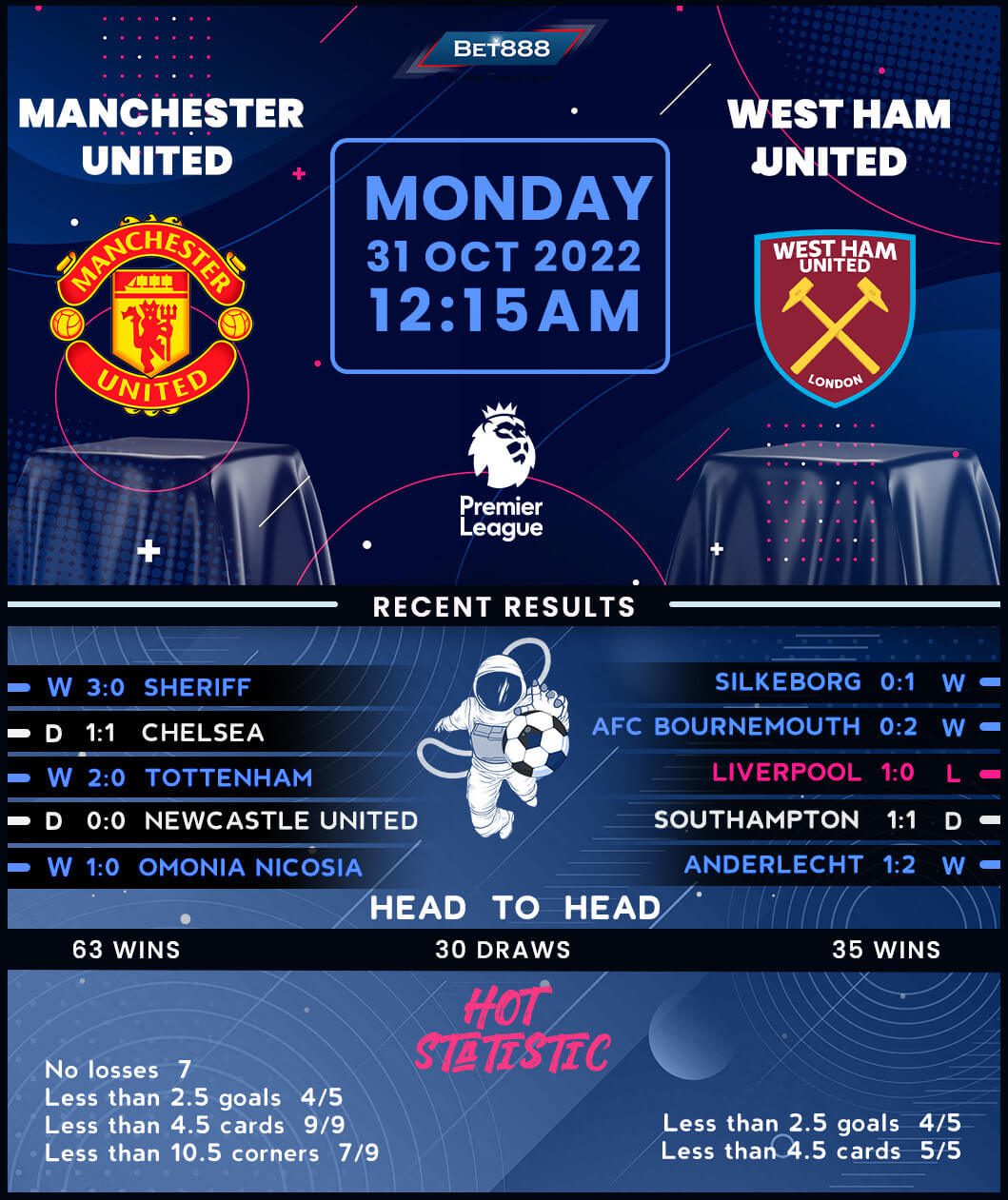