Manchester United will host Watford at the Old Trafford following an uninspiring 0-0 draw with West Ham United in the midweek looking to please the home fans in the last game of the season. The Red Devils have secured their presence in the next season’s Champions League campaign a long ago, but a trophyless year certainly won’t please the appetites of the management, who invested an immense amount of money last summer. Jose Mourinho’s team has won four out of their previous five matches at home, losing only to West Bromwich Albion, while the Hornets lost five consecutive games on the road, but despite a disastrous away record, they will be playing in the Premier League next season. Additionally, Watford’s last victory away from Vicarage Road dates back to November, when they defeat Newcastle United, and since then, they’ve lost ten out of eleven games drawing only with Stoke City. Manchester United are not doing well in the league over the last couple of weeks, considering they’ve failed to win in three of their previous five EPL encounters.

Romelu Lukaku and Marouane Fellaini are ruled out for the hosts, as both are struggling with injuries. As for the visitors, Stefano Okaka, Younes Kaboul, Thomas Hoban, Tom Cleverley, Andre Carrillo, and Nathaniel Chalobah are all on the sidelines due to injuries. 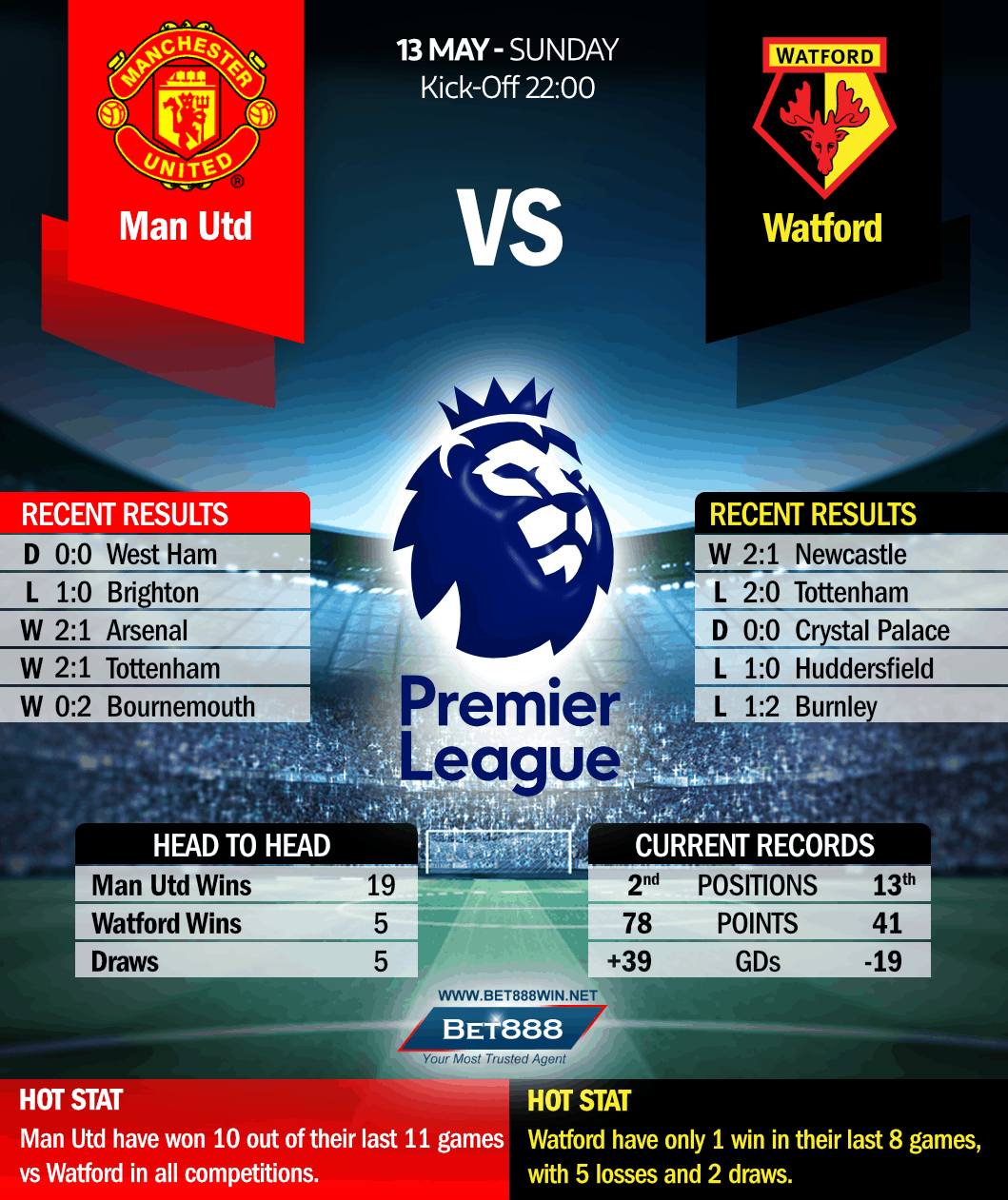