After a stressful 3-2 defeat to Brighton & Hove Albion on the road, Manchester United will face off against Tottenham Hotspur at the Old Trafford, hoping to return on the winning path as soon as possible. The Red Devils have opened the new league campaign with a 2-1 win over Leicester City in front of the home supporters although they have failed to shine in that game. However, a disappointing loss to the Seagulls has further endangered Jose Mourinho’s place on the bench, considering the former Real Madrid manager has already started an open discussion with the club’s management over a dry transfer campaign. Meanwhile, Mauricio Pochettino’s side entered the new season in a pretty same way they’ve finished the previous one, securing two comfortable wins over Newcastle United on the road and Fulham in London although they’ve failed to keep a clean sheet in both of those matches. The Spurs are desperate to end a disastrous five-game losing streak at the Old Trafford, in which they have only managed to find the back of the net once while conceding eight goals in the process. Both sides have featured in the International Champions Cup this summer achieving two wins apiece while suffering one loss.

Sergio Romero, Diogo Dalot, Antonio Valencia, Marcos Rojo, and Nemanja Matic are struggling with injuries and will probably skip the big showdown, but the return of Alexis Sanchez represents a major boost to Mourinho’s roster. As for the visitors, Cameron Carter-Vickers, Harry Winks, and Victor Wanyama are all sidelined with physical problems, while Heung-Min Son won’t be available after got called up to the national team. 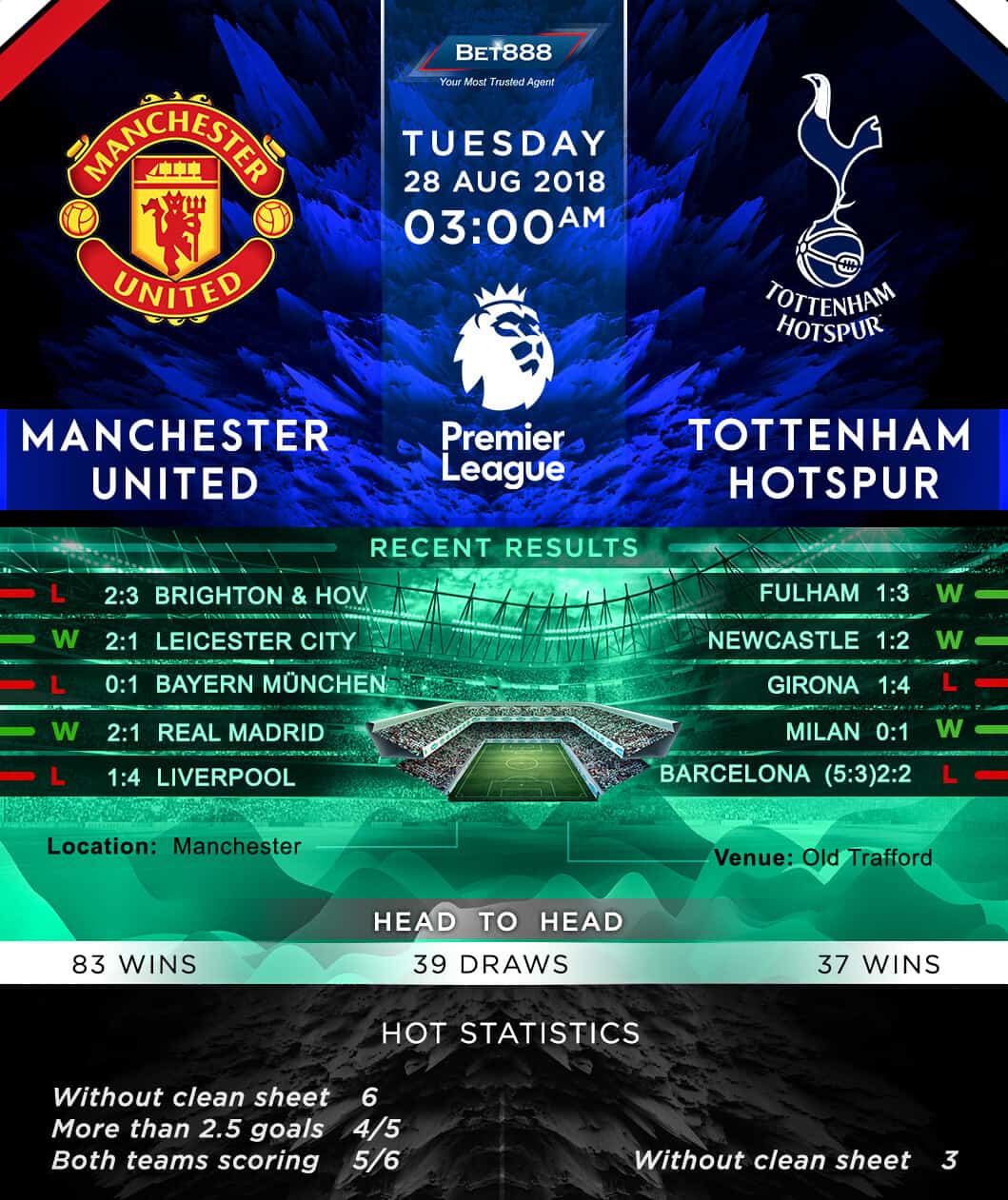