Two European heavyweights are looking to face off against each other at the International Champions Cup for the third time in the last four years, as Manchester United are set to take on Real Madrid at the Hard Rock Stadium in Miami, Florida. After two friendly matches against San Jose Earthquakes and Club America in which they failed to record a victory, the Red Devils have opened their ICC journey against AC Milan securing a win after a penalty-shoot-out before suffering a horrifying defeat against the arch-rivals Liverpool, who demolished them by four goals to one. Therefore, Jose Mourinho is desperate for a positive outcome against the Champions League winners, who are preparing themselves for a life after Cristiano Ronaldo. Los Blancos, on the other hand, are looking to kick off their preparation period under the new manager Julen Lopetegui, who took charge of the team a few days before the World Cup, which ultimately led to his discharge from Spain national team. A match against Manchester United will be Lopetegui’s first as Real Madrid coach, and there’s no doubt he is eager to impress from the very beginning.

United’s first summer signing Fred might start from the first minute in favor of Scott McTominay who failed to make an impact against the Merseysiders, while Benzema and Bale have the most chances to spearhead Los Merengues’ attack alongside the likes of one of Lucas Vázquez and Vinicius Junior. 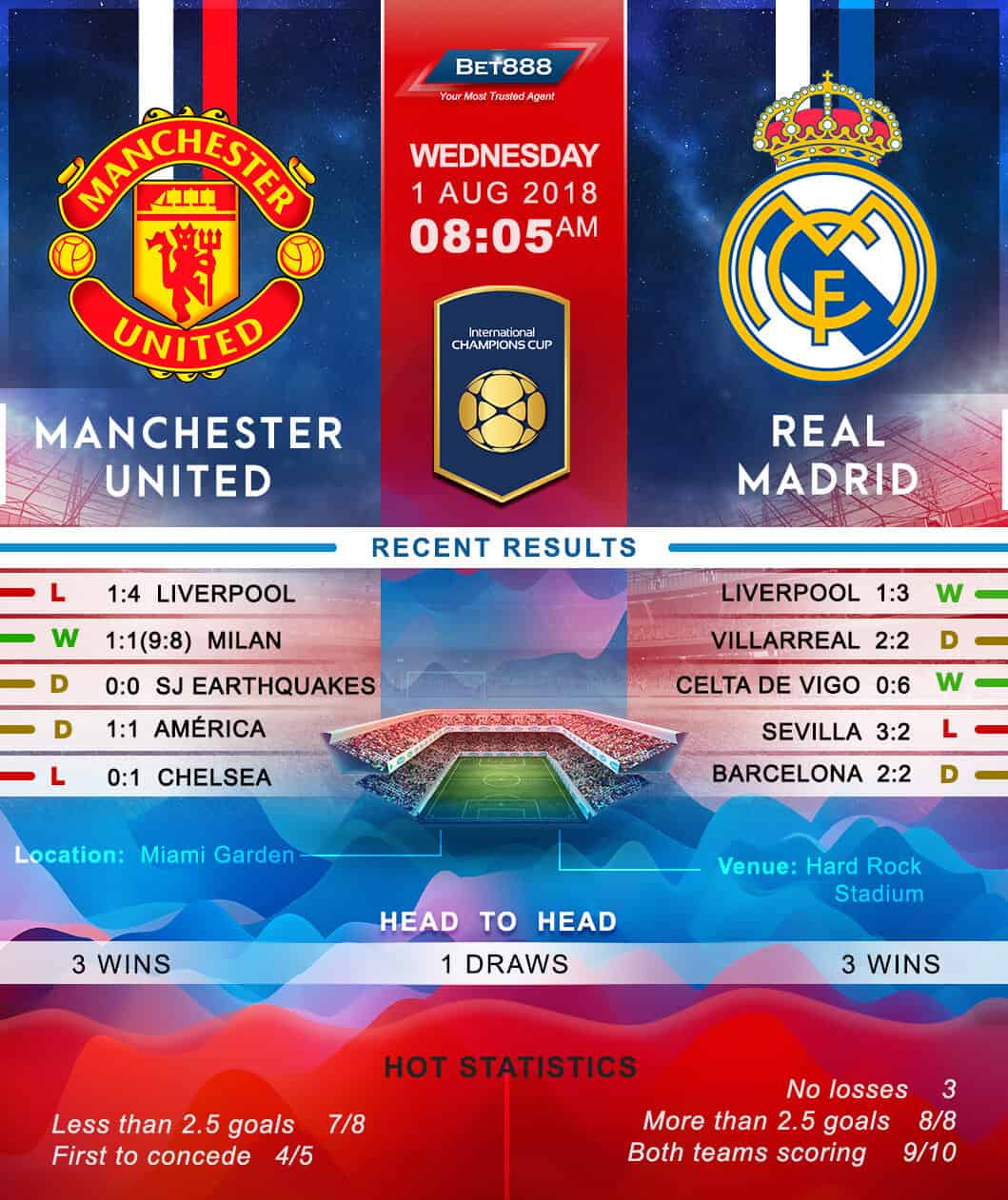