Manchester United’s pursuit of a Premier League top-four finish continues at Old Trafford as they welcome relegation-battling Nottingham Forest for a must-win fixture.

Manchester United came flying out of the traps after the Qatar World Cup, scoring on either side of halftime to sink EFL Championship pacesetters Burnley 2-0 in last week’s League Cup action. Manager Erik ten Hag will hope to transfer his side’s cup competition form to top-flight football as the ‘Red Devils’ start the round three points adrift of fourth-placed Tottenham Hotspur following a last-gasp 2-1 win at Fulham last time out. Consistency has been an issue for Man Utd this season, as they aim to win back-to-back Premier League fixtures for the first time since September. Playing at Old Trafford comes in handy, with United going unbeaten in their last five home league outings (W4, D1) since a 2-1 defeat to Brighton & Hove Albion on ten Hag’s touchline debut.

On the other hand, visiting Nottingham Forest eked out a 1-0 home triumph over Crystal Palace on the eve of the World Cup break to stay within a one-point distance of the safe zone. However, the main reason behind the visitors’ current place in the standings has been their woeful form outside the City Ground. Steve Cooper’s lads have picked up a league joint-low two points on the road this season and are one of only two teams yet to win a single game away from home (D2, L5). Moreover, Forest’s defensive woes have seen them concede a staggering 19 goals across their seven Premier League travels this term, with only Bournemouth (24) shipping more. 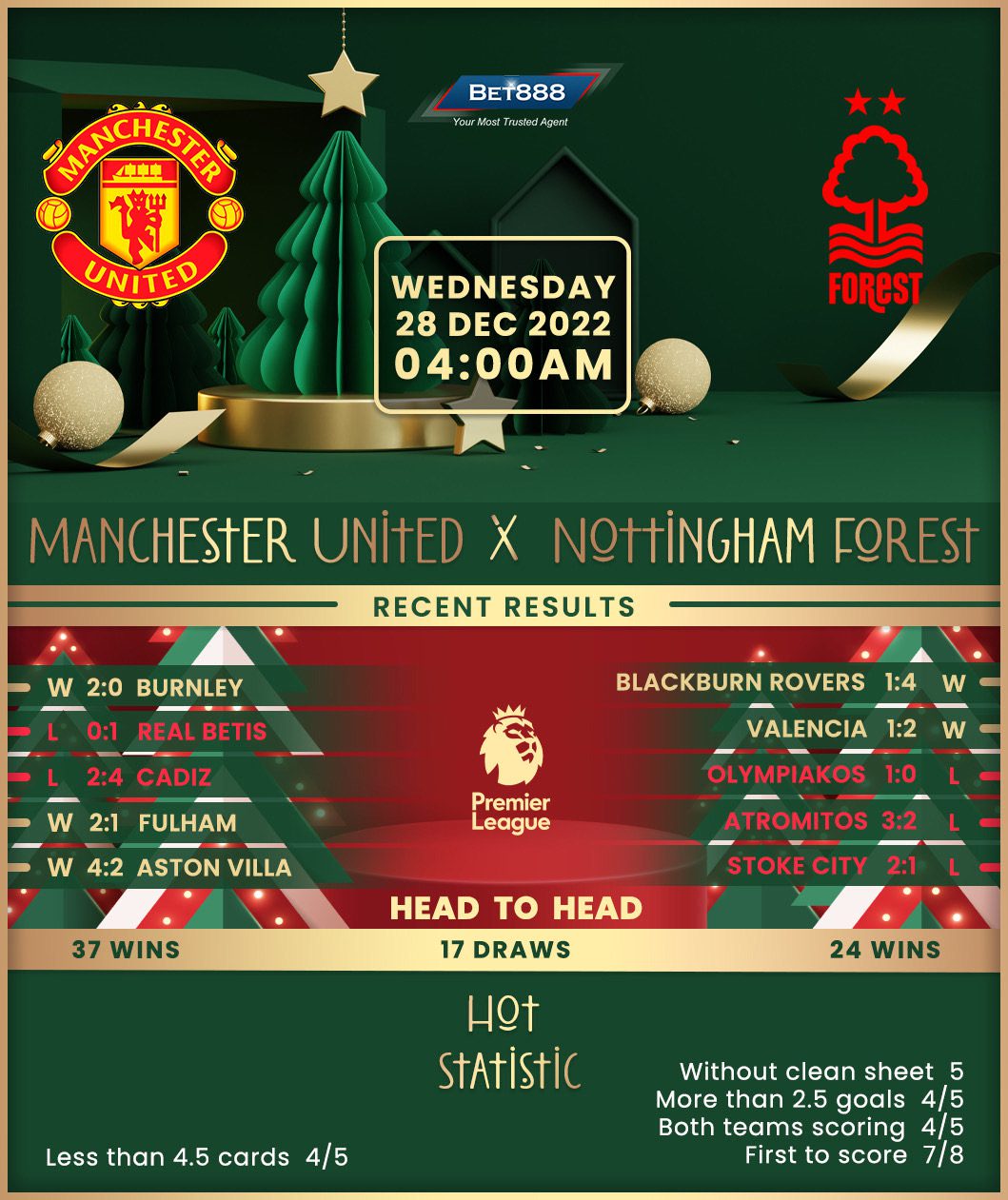