Manchester United will host Liverpool at the Old Trafford on Saturday following a stunning comeback at the Selhurst Park against Crystal Palace, which they’ve eventually managed to win after coming back from a 2-0 down. Both sides are desperate to reach Champions League football after losing hopes of closing the gap on the Premier League leaders Manchester City. The Red Devils are looking to extend their magnificent home record this season, as they’ve only lost one game in all competitions at home, winning seventeen out of twenty matches. Liverpool’s last away defeat was against Swansea, but they’ve swiftly returned to the right path with two convincing victories over Huddersfield and Southampton without conceding a goal. Two clubs have already faced each other this season at Anfield, playing a slow and uninspiring match which ended 0-0.

The home team will face their arch-rivals decimated by injuries, especially in the backline considering Marcos Rojo, Phil Jones, and Daley Blind are all expected to skip the encounter. Zlatan Ibrahimovic, Ander Herrera, and Marouane Fellaini are yet to recover from long-lasting injuries, while the appearance of Anthony Martial still hangs in the balance.

Nathaniel Clyne is still out after suffering a back injury during the first half of the season, and apart from him, Jurgen Klopp is also concerned by the absence of Georginio Wijnaldum, who is working his way back to full fitness. 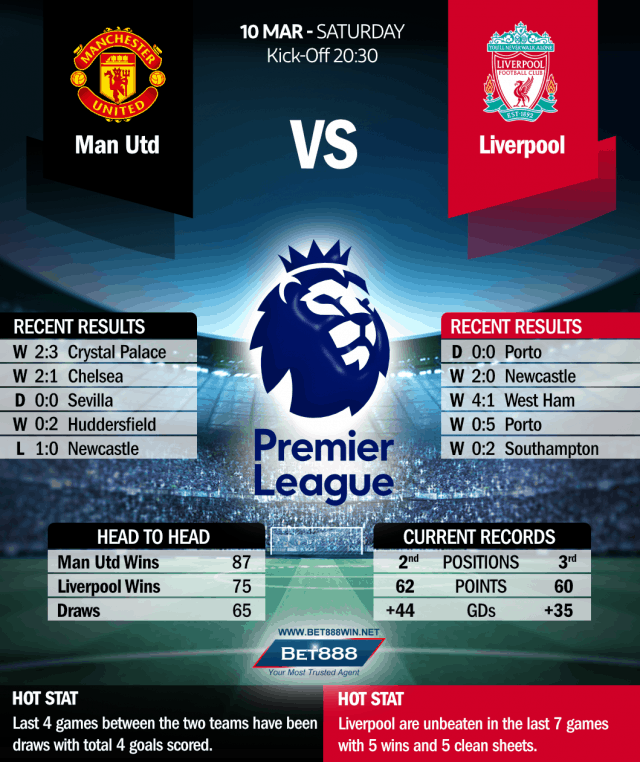