Arguably the biggest derby of the Champions League Matchday 3 will take place at the Old Trafford, with Manchester United looking to take on Juventus.

The Red Devils are going through a tumultuous period, with Jose Mourinho’s job currently on the line, which is why they desperately need a positive outcome in midweek’s clash. The 3-time Champions League winners already trail the Premier League leaders Manchester City by 9 points, and it seems they are facing another trophy-less EPL campaign. However, United are yet to concede a goal in Europe this season, as they’ve comfortably outclassed Young Boys by three goals to nil before playing out a scoreless draw with Valencia.

On the other hand, after a surprising 1-1 draw with Genoa at home last weekend, the Bianconeri are no longer the only side in top-five Europe leagues with all victories. Meanwhile, the Serie A holders are currently topping Group H with a maximum of two triumphs, having defeated both Young Boys and Valencia, without conceding a goal in the process. Additionally, Massimiliano Allegri’s side featured in five away games in all competitions so far, having scored at least two goals in each of those matches, keeping a clean sheet in the past three road encounters.

Marcos Rojo is unavailable due to injury, while the appearances of Marouane Fellaini, Jesse Lingard, and Scott McTominay still hang in the balance. As for the visitors, Sami Khedira and Leonardo Spinazzola won’t travel with the rest of the squad after sustaining various physical problems. 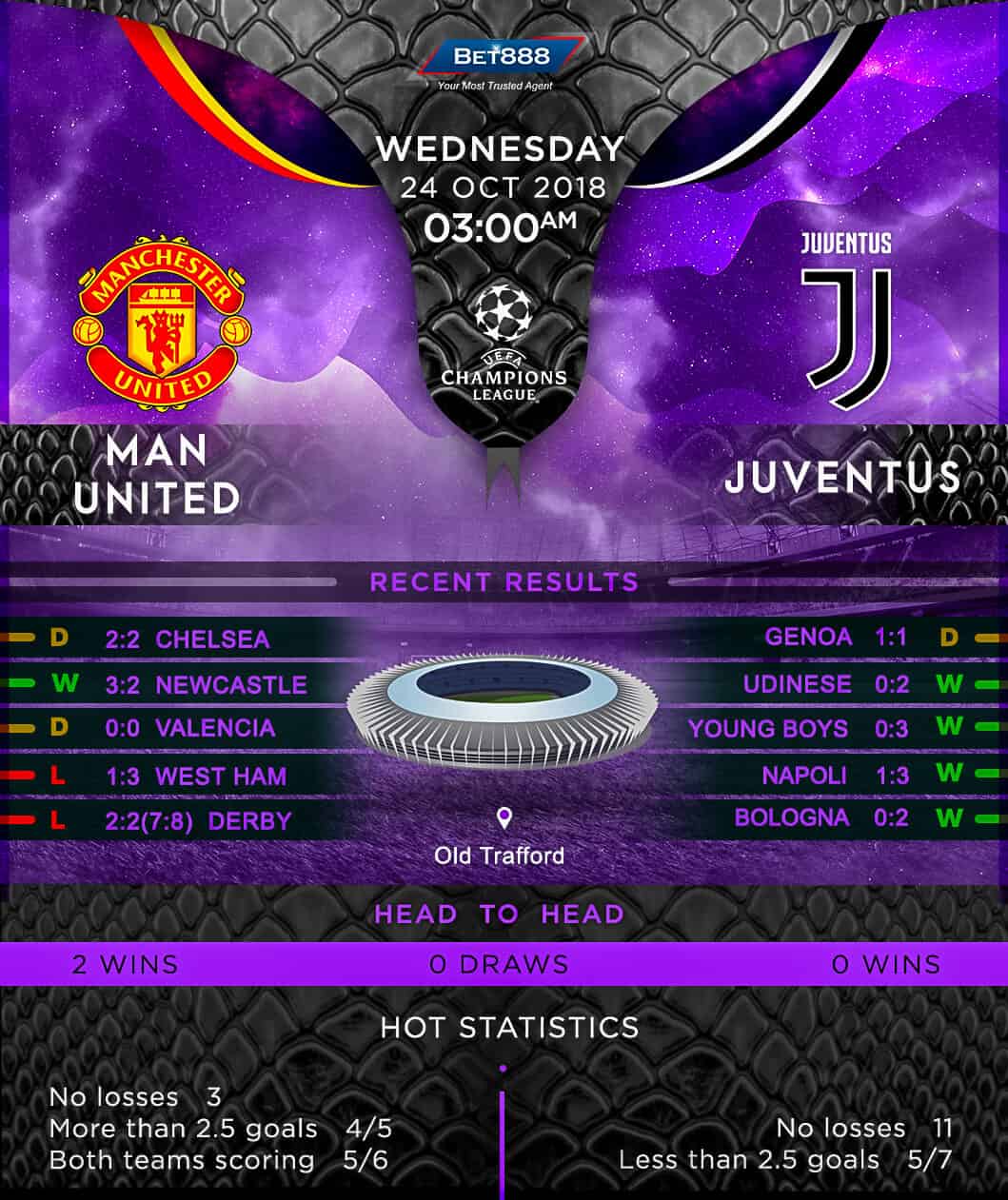