Manchester United and Fulham will face-off at the Old Trafford this weekend as the hosts look to get their first home league win following two consecutive draws in front of the local crowd.

The Red Devils are facing another trophyless season as they currently sit eighth in the table with an 18-point deficit to city rivals Manchester City. Winless in their previous three Premier League matches, the 3-time Champions League winners have to secure a victory if looking to keep up the pace with teams in the Champions League promotion zone. Jose Mourinho’s biggest concern at this minute is the fact his players have failed to keep a clean sheet in 13 out of 15 Premier League clashes this season. With 25 goals conceded so far, Man Utd have the sixth-worst defensive record in the English top flight, having allowed more goals than any other side in top ten in the Premier League.

On the other hand, the dead-last Fulham are desperate to end a disastrous six-game losing run in all competitions, as they reside the worst road team in the English top tier with a record of seven defeats and one draw in eight road meetings. Moreover, the Cottagers are the only team in the top division that failed to keep a clean sheet in all 15 top-flight outings so far, and with 36 goals conceded they hold the worst defensive record in the Premier League. Although Claudio Ranieri secured a 3-2 win over Crystal Palace at his debut, he failed to build on that, losing 2-0 to Chelsea immediately after and playing out a 1-1 draw with Leicester City in midweek. 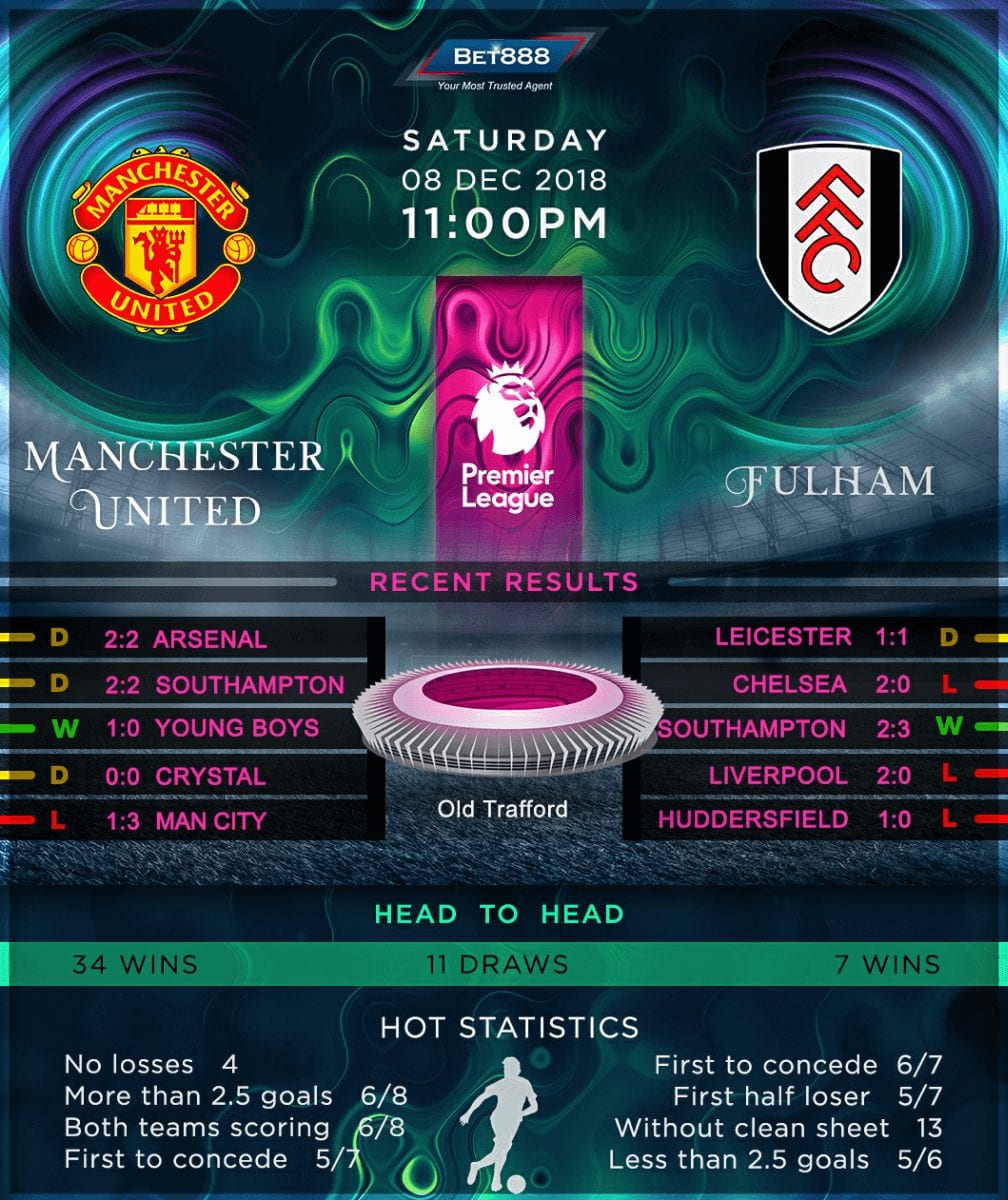