After a narrow 1-0 defeat to Juventus in the Champions League, Manchester United will proceed with their Premier League journey, with Everton preparing to arrive at Old Trafford.

With a record of four wins, two draws, and three losses, the Red Devils are currently tied for 10th place with a 9-point deficit to Manchester City and Liverpool, as Jose Mourinho faces another trophyless season. The 3-time Champions League winners have won two out of past five league matches, having been held to two draws, while suffering a 3-1 failure against West Ham in the process. Additionally, the most successful English side is yet to keep a clean sheet at home this year, while they’ve only managed to that once on the road. A 75% of Manchester United home matches have ended with three or more goals, while 78% of their nine Premier League encounters produced more than two goals.

On the other hand, the Toffies are struggling to keep consistency this season, as they currently sit in 8th place with a 1-point lead over their forthcoming opponents. Considering the visitors have failed to keep a clean away from Goodison Park, and they’ve also notched at least one goal in three out of four road matches, a 75% of their away encounters have provided three or more goals. Everton’s last victory at Old Trafford dates back to 2013, after which they’ve suffered three defeats in the following four competitive meetings against United. 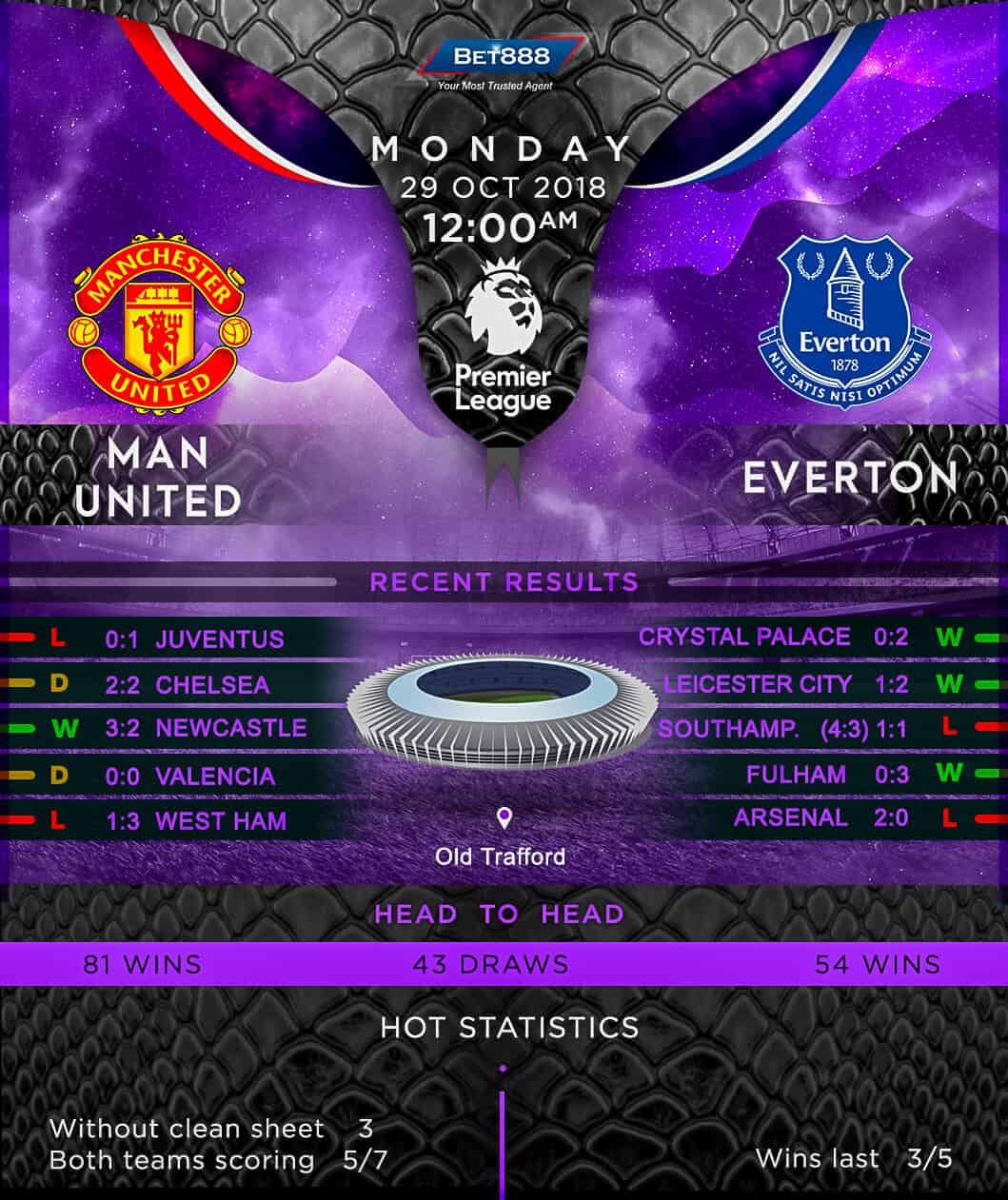