It will be a daunting prospect for Crystal Palace to pick up a win against Manchester United at the Old Trafford, as they have failed to beat the Red Devils 15 times in a row across all competitions.

A 3-1 defeat to the city rivals Manchester City just before the international break has brought United’s 3-game winning run to an end, as Jose Mourinho hopes to see his players bouncing back immediately. With a record of six wins, two draws, and four defeats, the Red Devils currently trail the Champions League promotion zone by seven points. Unlike last year, Man Utd’s main problem this season concerns their sloppy defensive displays, considering they’ve barely managed one clean sheet in their opening 12 EPL games. Meanwhile, Lukaku and Co. scored a minimum of two goals eight times so far, having failed to find the back of the net just once in the process.

A poor haul of just one point from their past six Premier League clashes has seen the visitors drop down to the 16th place. The Glaziers are going through a dreadful spell, considering they’ve lost six out of the previous seven games across all competitions. Indeed, their form over the last ten meetings has seen just one victory. For Crystal Palace, goals have been at a premium. In six out of the past seven games, they have scored one goal or less, having notched a brace only against Arsenal in the process. Goals have been in short supply in their last five competitive matches, with the Eagles failing to score three times while struggling to keep a clean sheet during the run. 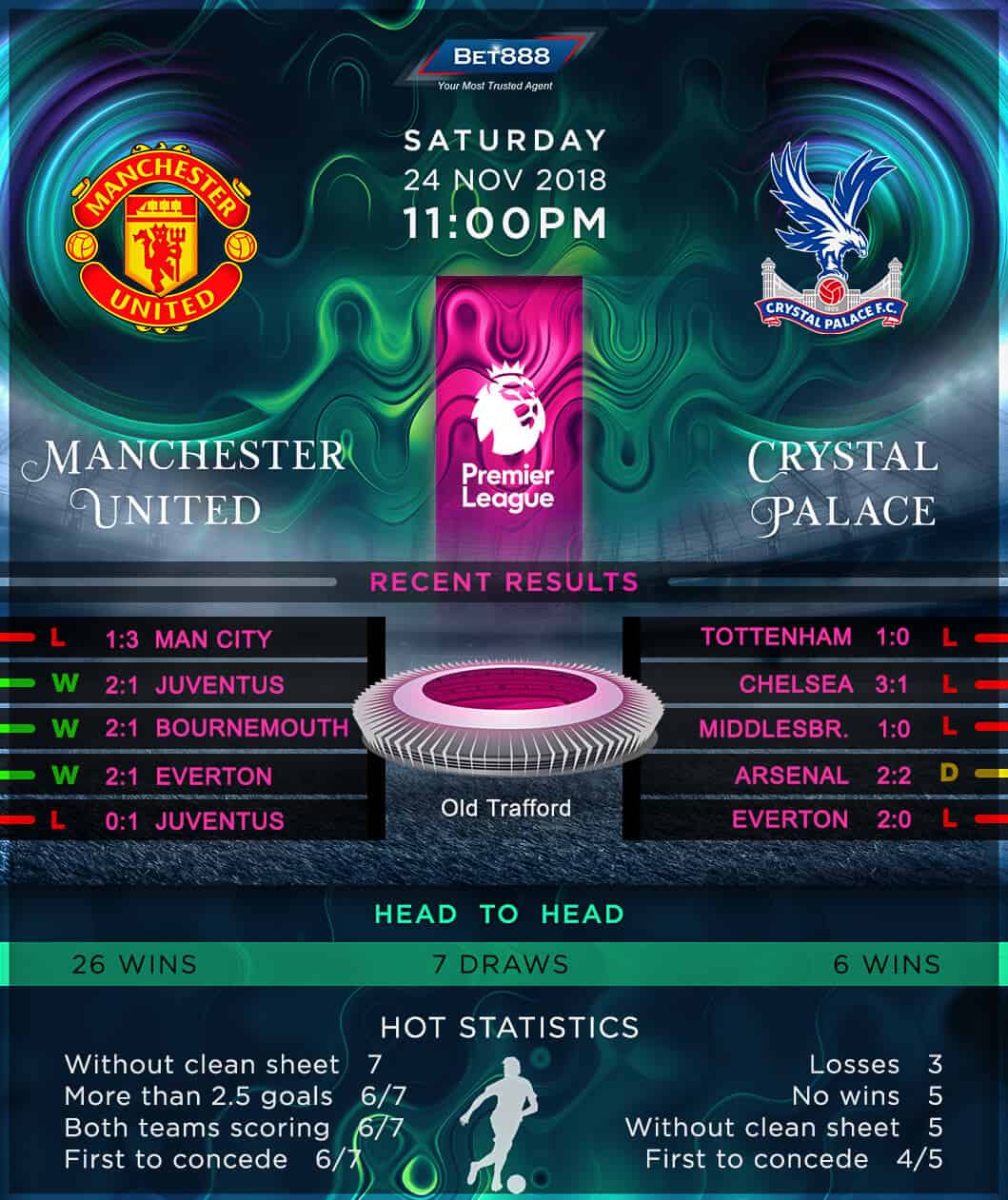