Manchester United are set to host Chelsea at the Old Trafford following miserable performances against Sevilla in the Champions League in which they’ve only managed to avoid defeat thanks to remarkable saves from David De Gea. Jose Mourinho’s team is looking to secure the promotion to the Champions League, but they only have four points lead over fifth-placed Tottenham, the same goes for the Blues, with Antonio Conte desperate to get a positive result after an unfortunate draw against Barcelona at Stamford Bridge. The Red Devils have won four out of their last six home matches, conceding only two goals in the process, while Chelsea lost two times in a row, against Arsenal in Carabao Cup and Watford in the Premier League.

Marouane Fellaini and Zlatan Ibrahimovic are still struggling with knee injuries, while Ander Herrera is yet to overcome his muscle problems. Daley Blind, Marcos Rojo, and Phil Jones have all missed United’s trip to Spain, and they are expected to skip Sunday’s derby.

Conte can’t count on the experienced Brazilian defender, David Luiz, while Ross Barkley and Tiemoue Bakayoko remain in doubt. However, according to the latest reports, both players will hardly be able to return to action this weekend, leaving the Italian expert with a sizeable headache. 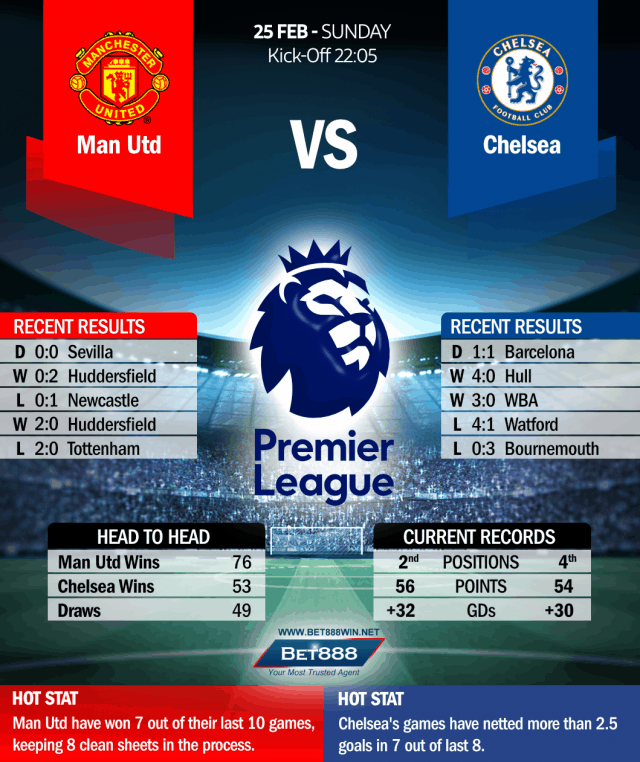