Sunday’s Premier League action closes out at Old Trafford as Manchester United and Arsenal go head-to-head in a mouth-watering contest.

When the Stretford End faithful started to believe Erik ten Hag could be another waste in the dugout, Manchester United have responded. The Dutchman’s men have picked themselves up from back-to-back league defeats to register three consecutive top-flight wins for the first time since December 2021. However, Arsenal’s upcoming visit to the town doesn’t bode well for Man Utd’s bid to stay on the upwards trajectory, with the ‘Red Devils’ racking up just one win from their last eight Premier League H2Hs (D3, L4). On top of that, they have only kept one clean sheet across their previous 16 top-flight meetings with this opposition, including all of the seven most recent at the Theatre of Dreams.

In the meantime, Arsenal’s effort to secure their first Premier League top-four finish since 2015/16 has been off to a flying start. The ‘Gunners’ head into proceedings as the only Premier League side to have won all five opening league fixtures, last winning all six at the start of a new top-flight campaign in 1947/48, when they went on to win the title. Mikel Arteta’s men have won both of their away league matches this season by 2+ goals ‘to nil’ and could achieve a 100% winning start after their first three Premier League games on the road for the first time since 2013/14. But that could be easier said than done, considering the north London heavyweights have only won one of their last 15 Premier League visits to Old Trafford (D5, L9), succumbing to a 3-2 defeat in this corresponding fixture in 2021/22. 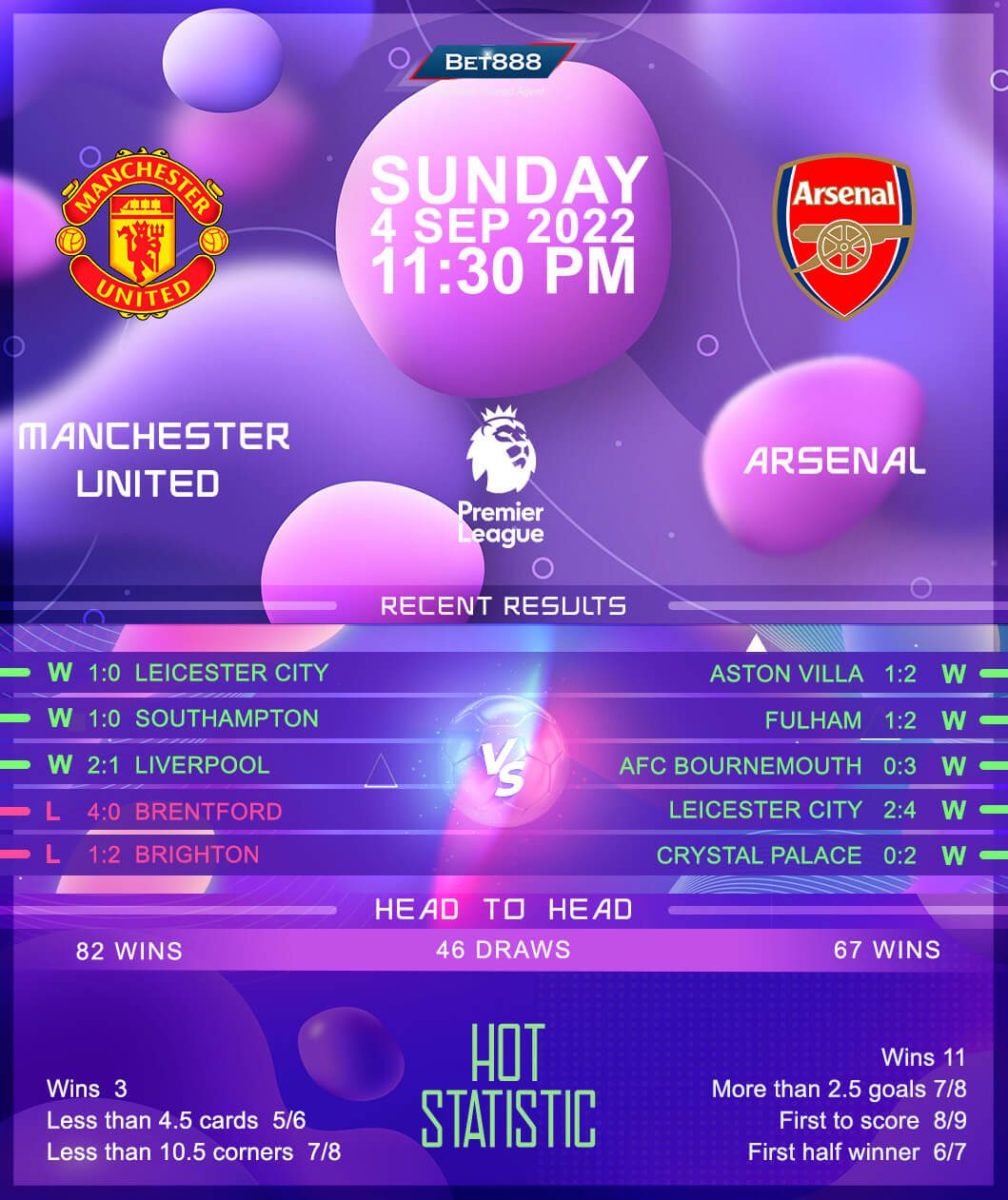