Title-bidding Manchester City and relegation-battling Wolverhampton Wanderers are set to trade tackles in a lopsided Premier League contest at the Etihad Stadium.

Manchester City staged a sensational second-half comeback to turn a 2-0 halftime deficit into a morale-boosting 4-2 home triumph over Tottenham Hotspur in midweek Premier League action. Seeking back-to-back league victories for the first time since November, the ‘Cityzens’ have alternated between winning (2) and not winning (D1, L1) across their last four top-flight outings. But despite their problems with inconsistent performances, Pep Guardiola’s men still trail table-topping Arsenal by only five points at the start of this round. Wolves’ visit to the Etihad should aid Man City’s cause, considering they’ve won their last five Premier League H2Hs in a row, including an overwhelming 3-0 triumph in their most recent encounter.

On the other hand, Wolverhampton’s confidence took a huge blow in midweek FA Cup action as Liverpool’s narrow 1-0 win at Molineux Stadium dumped them out of the competition. Back to the Premier League, where they languish only two points clear of the drop zone following last weekend’s 1-0 home win over 18th-placed West Ham United, the ‘Wanderers’ are searching for consecutive top-flight victories for the first time since March 2022. New boss Julen Lopetegui has racked up two wins in his first four Premier League games in charge (D1, L1), as many as Wolves had in their opening 15 under Bruno Lage this season (D4, L9). Yet except for a 2-1 success at Everton on Lopetegui’s touchline debut, the visitors have gone winless on their remaining eight league road trips in 2022/23 (D3, L5). 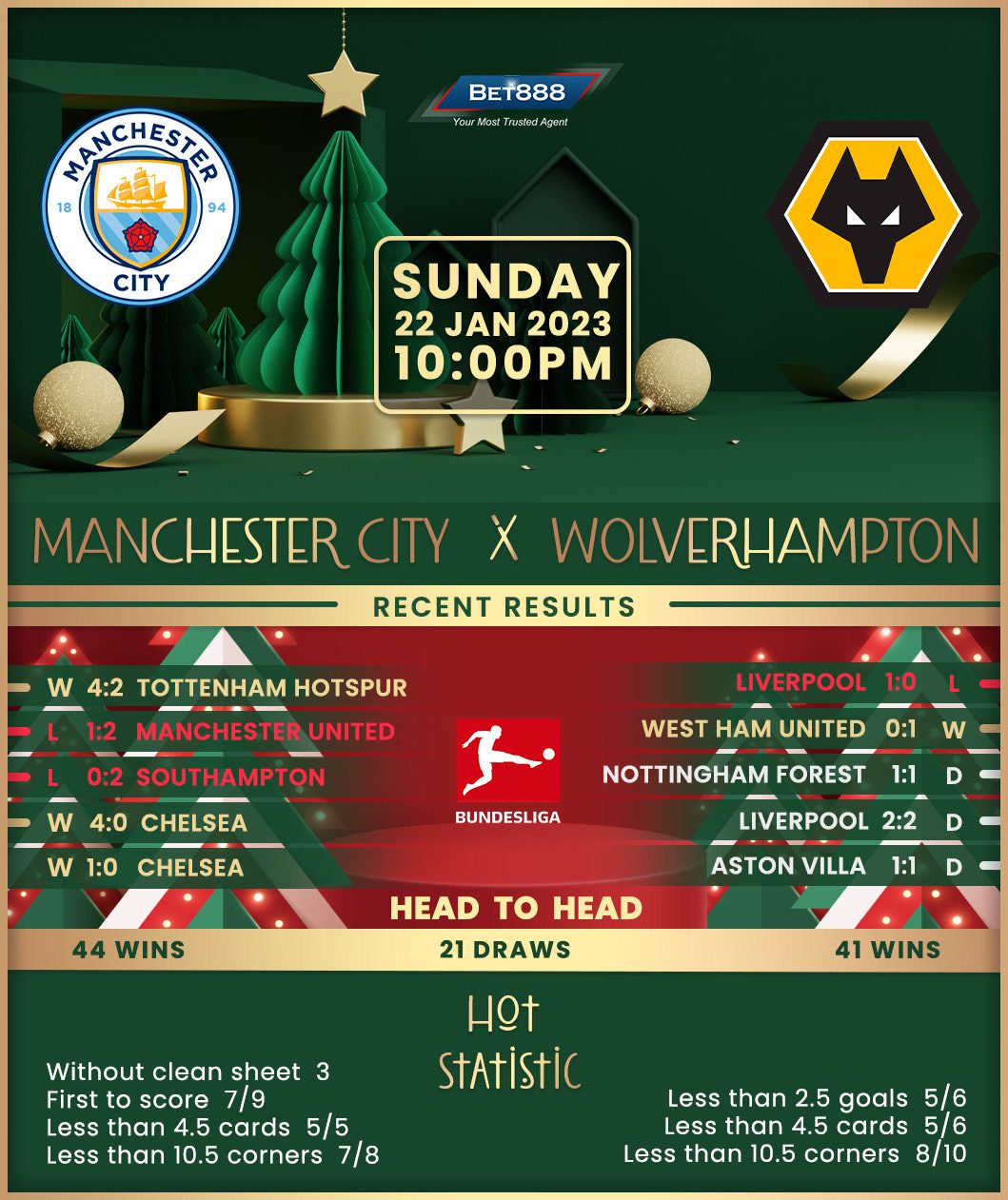