Manchester City will host Southampton at the Etihad Stadium following a routine 2-0 victory over Fulham in midweek’s EFL Cup clash.

The current Premier League holders have won all of their five home meetings, having scored a total of 18 goals while allowing just 2 in the process, which makes them the most intimidating hosts in the English top flight. The Citizens have scored a minimum of 2 goals in all of their matches in front of the home crowd, more than any other team in the Premier League. Pep Guardiola’s players notch an average of 2.70 goals per a game, which is an absolute record in this season’s EPL edition. Moreover, City have racked up 7 clean sheets this year, having conceded only 3 goals so far, which is by far the best defensive achievement in the league.

Meanwhile, after a year of suffering, the Saints are still trying to find the right balance and climb up the table. With a record of one win, four draws, and five losses, Mark Hughes’ team currently have a 2-point lead over the relegation-based Fulham. It’s curiosity that Southampton’s only victory arrived on the road, but they’ve lost two out of the following three away meetings ever since a 2-0 success against Crystal Palace. The Red and Whites score an average of 0.60 goals per match, which puts them on a par with Newcastle, while they concede 1.40 goals on average. With just six goals notches so far, Southampton have the second-worst goalscoring account after Huddersfield Town, to whom they share an infamous record of six scoreless displays. 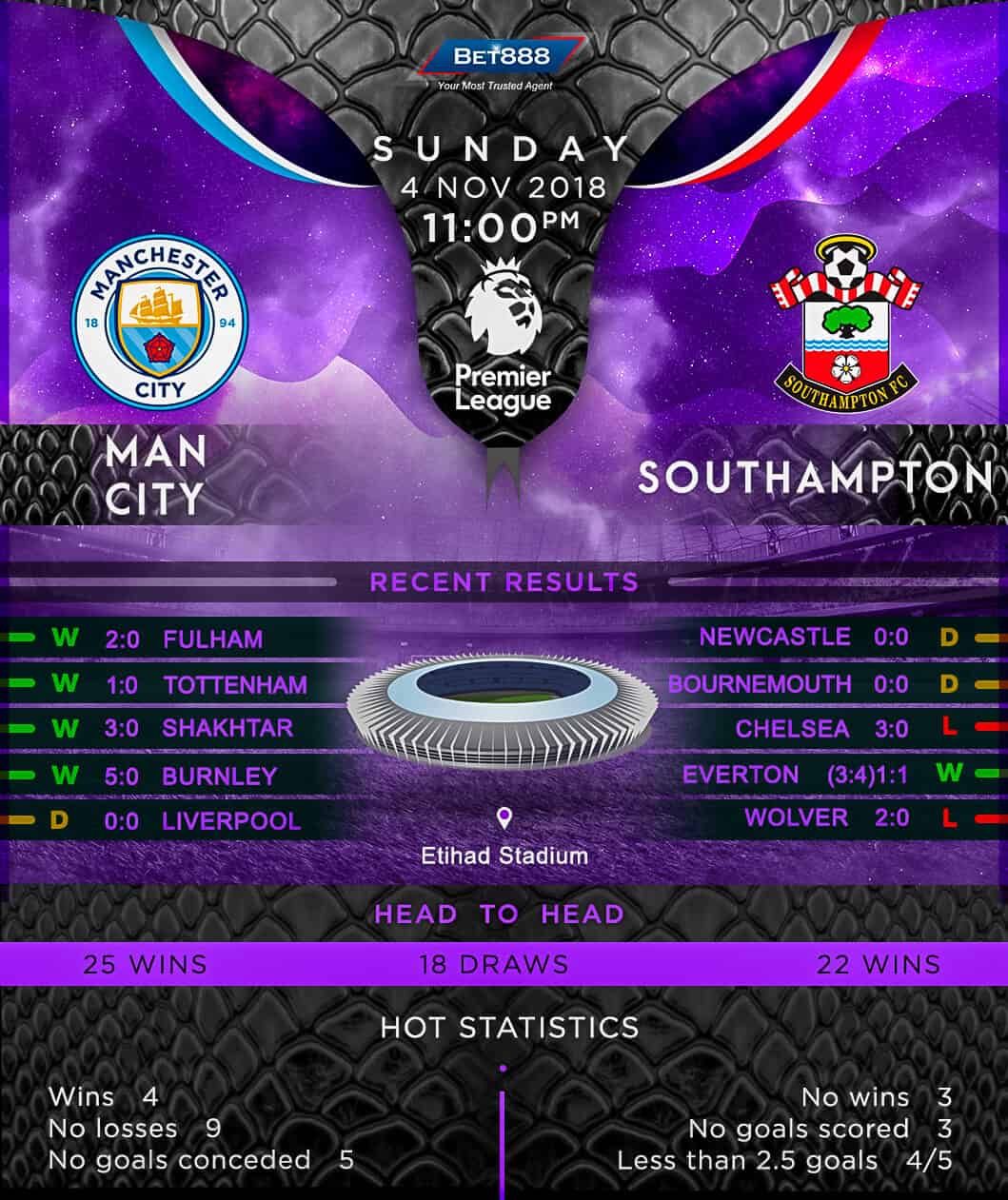