Manchester City and Shakhtar Donetsk will face each other at the Etihad Stadium, with the hosts hoping to extend the gap between them and Lyon.

The Citizens have had a dreadful start of the Champions League, having suffered an unexpected 2-1 loss to the French outfit on home soil. However, the Premier League giants have managed to bounce back and clinch two successive triumphs, defeating Hoffenheim 2-1 in Germany and Shakhtar 3-0 in Ukraine. The current leaders of Group F will enter the encounter full of confidence following an outstanding 6-1 victory over Southampton last weekend, as they look to extend an impressive 5-game winning run across all competitions. Moreover, apart from a narrow 1-0 win over Tottenham Hotspur, the reigning EPL champions have notched at least two goals in four consecutive matches, keeping a clean sheet in five out of the previous six games.

On the other hand, the Miners are yet to secure a victory in the Champions League, having been held to two draws to Lyon and Hoffenheim while suffering a failure against City. Furthermore, Paulo Fonseca’s players have failed to keep a clean sheet, allowing seven goals so far, which is the 5th-worst defensive record in the most elite club competition in Europe. However, the reigning Ukrainian champions have clinched three wins in a row, having scored eight goals in the process, including two against the arch-rivals Dynamo Kiev last weekend. Shakhtar desperately need to avoid victory at Etihad if looking to keep their chances of advancing to the knockout stage alive, but it’s going to be far from easy considering Manchester City’s recent displays. 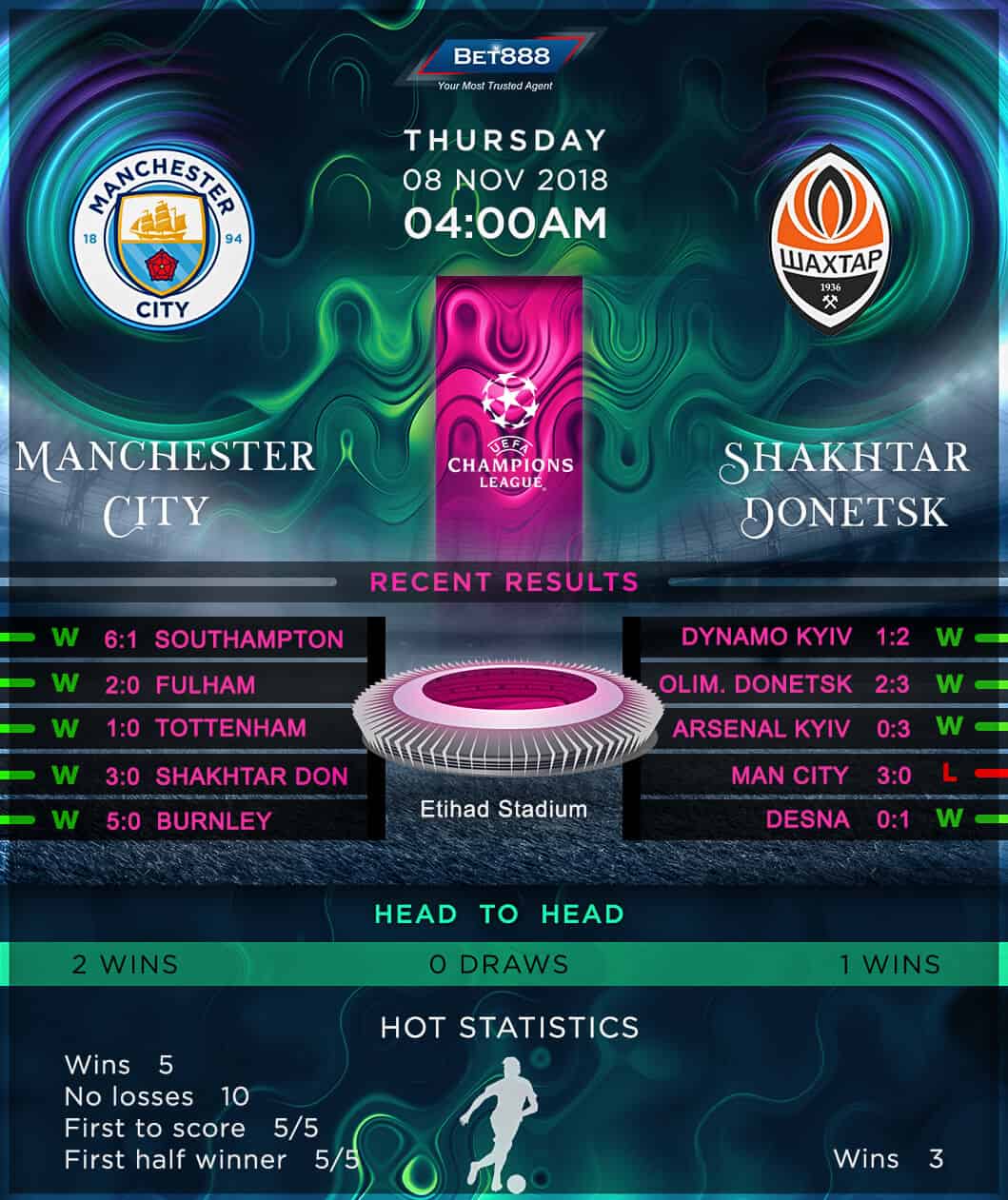