The Premier League holders, Manchester City, slipped against Wolverhampton Wanderers on the road last weekend, playing out a stressful 1-1 draw, as they hope to return on the winning way already this week when they face off against Newcastle United at the Etihad Stadium. The Citizens have opened the new campaign on the right foot, securing a comfortable 2-0 win over Arsenal at the Emirates Stadium, after which they destroyed Huddersfield Town by six goals to one, but a disturbing draw with Wolves saw them trailing Liverpool, Tottenham, and Chelsea by two points. Considering the fact the Sky Blues defeated the Magpies four times in the previous five meetings, it seems that this encounter arrived just at the right time. Meanwhile, the Tynesiders, who are in a dreadful form, are hoping to avoid a disaster that may end Rafa Benitez’s career at the St James’ Park, as another potential failure could see Newcastle hitting the bottom of the table. With just one draw and two losses, although it is fair to say they came against Tottenham and Chelsea, one of the most consistent Premier League contestants have huge problems overcoming the difficulties from the last season where they barely managed to dodge relegation.

Claudio Bravo, Eliaquim Mangala, Danilo, and Kevin De Bruyne are all struggling with injuries and will have to remain on the stands for the hosts, while Florian Lejeune will be the only missing player in the visiting squad. 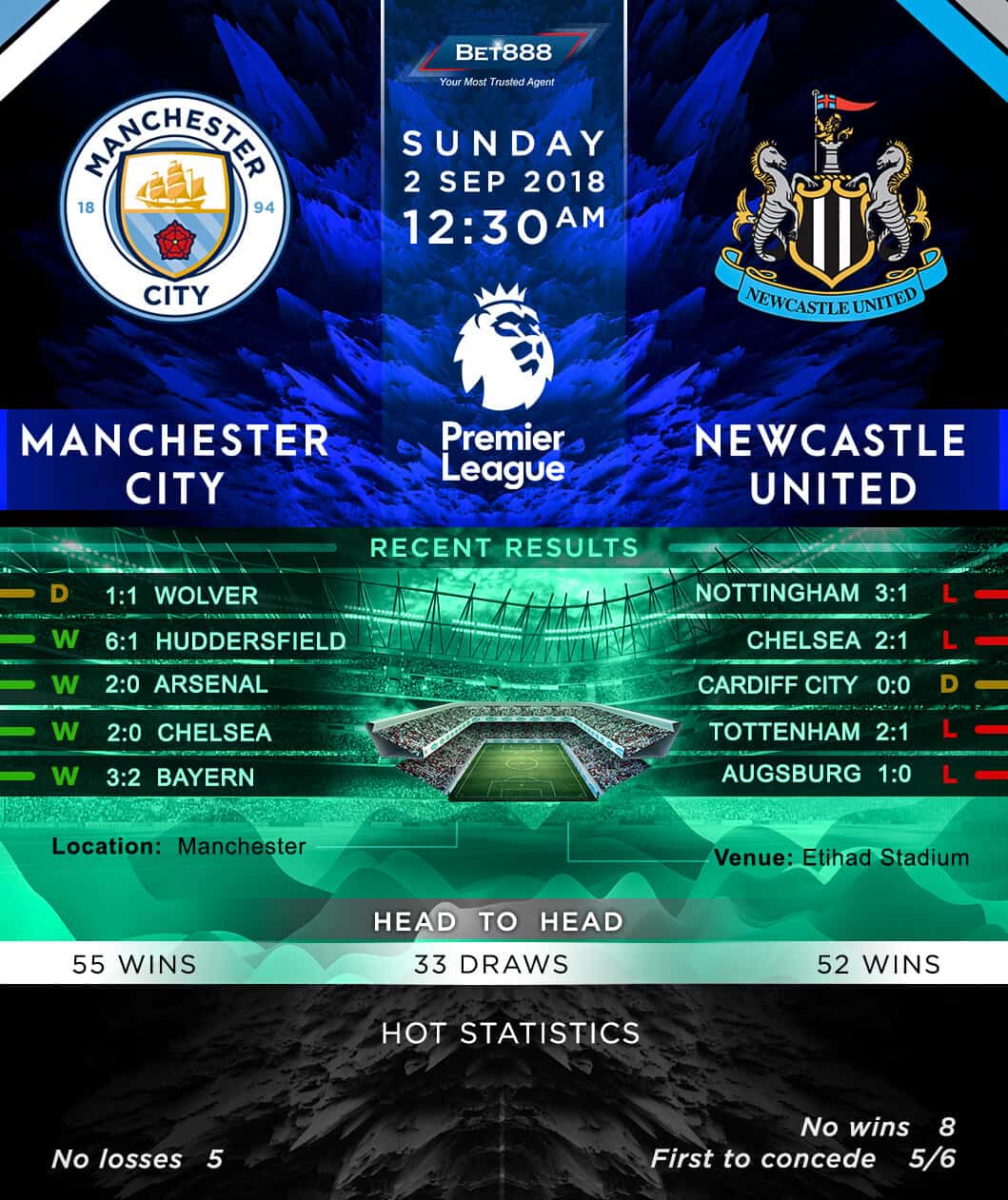