The two Premier League heavyweights are set for a face-to-face meeting at the Etihad Stadium, as Manchester City look to take on city-rivals Manchester United.

Both sides will enter the encounter full of confidence, as the Citizens hammered Shakhtar Donets by six goals to nil, while the Red Devils performed a miraculous comeback against Juventus in Turin.

With a record of nine wins and two draws, the reigning champions currently top the Premier League table, as the only English team to secure a maximum of 18 points in front of the home crowd. The Citizens have so far scored a total of 33 goals, which is an absolute record in the English top flight at the minute, having conceded just 4 goals in the process. In all seven league triumph, Pep Guardiola’s players have notched at least two goals, as they score an average of 3 goals per match. On the other hand, City have kept a clean sheet seven times this season, more than any other team in the Premier League, and they are the only side along with Liverpool that are yet to allow more than one goal in a single league game.

Meanwhile, the 3-time Champions League winners have managed to improve their displays after the international break, having clinched three triumphs in four EPL meetings, including the one against Bournemouth last weekend. Although they’ve started the season horribly wrong, the Red Devils are just 4 points away from the Champions League promotion zone at the moment. Jose Mourinho’s main problem relates to his team’s poor defensive performance, considering United barely kept one clean sheet this year. Moreover, they’ve already allowed 18 goals, which is the 4th-worst defensive record in the English top flight. However, Manchester United score an average of 1.73 goals per match, as they’ve failed to find the back of the net just once this season. 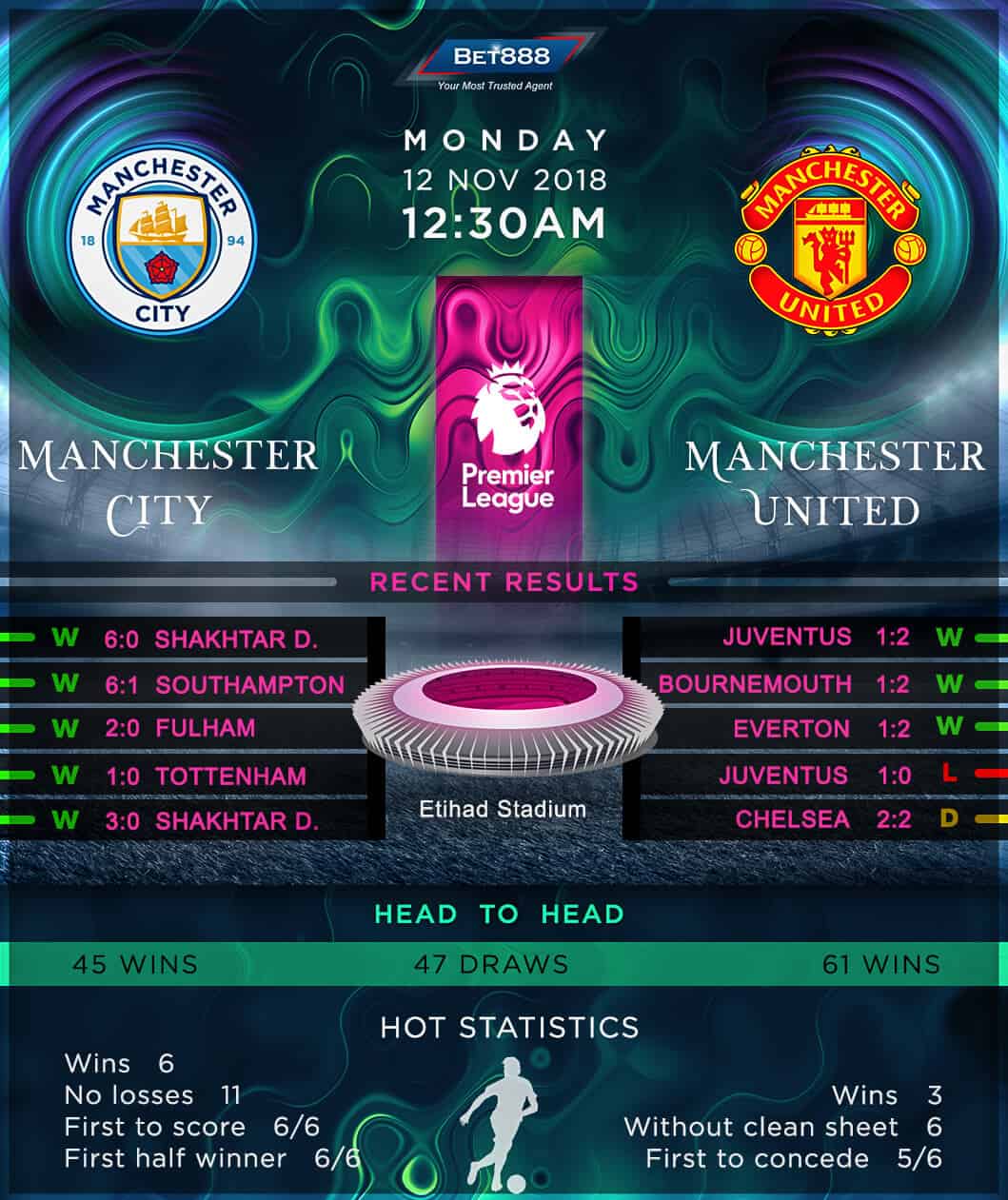