Etihad Stadium is the venue as Manchester City and Manchester United go head-to-head in the 51st Premier League edition of the famous Manchester derby.

Manchester City’s Premier League title defense was off to a flyer as Pep Guardiola’s side headed into September’s international break as one of only two sides yet to lose a top-flight game this season (W5, D2). But the hosts’ unbeaten league start was enough to put them one point adrift of top-placed Arsenal, highlighting the importance of winning this fixture. The ‘Cityzens’ eased past Man Utd in both last season’s Premier League H2Hs, claiming multi-goal margin wins on each occasion, including a 4-1 thumping in this corresponding fixture in March. Another overwhelming City triumph could be on the cards as the back-to-back Premier League champions have won their last seven home league games, netting 3+ goals on each occasion.

In the meantime, Erik ten Hag’s sluggish two-game losing start to his managerial career in the Premier League already looks like a distant memory. Manchester United have since picked themselves up to win four consecutive top-flight outings, including victories over fierce rivals Arsenal and Liverpool. But with their last Premier League fixture ahead of the international break being postponed, the ‘Red Devils’ could be a bit out of pace. Yet a 2-0 Europa League win at Sheriff Tiraspol last time out speaks otherwise. Staring down the barrel of a three-game losing Premier League streak against Man City for the first time since November 2014, United can also win five league matches on the spin for the first time since April 2021. Such a scenario would see ten Hag become the first Man Utd manager since Sir Alex Ferguson to win his maiden Manchester derby at the helm of the ‘Red Devils.’ 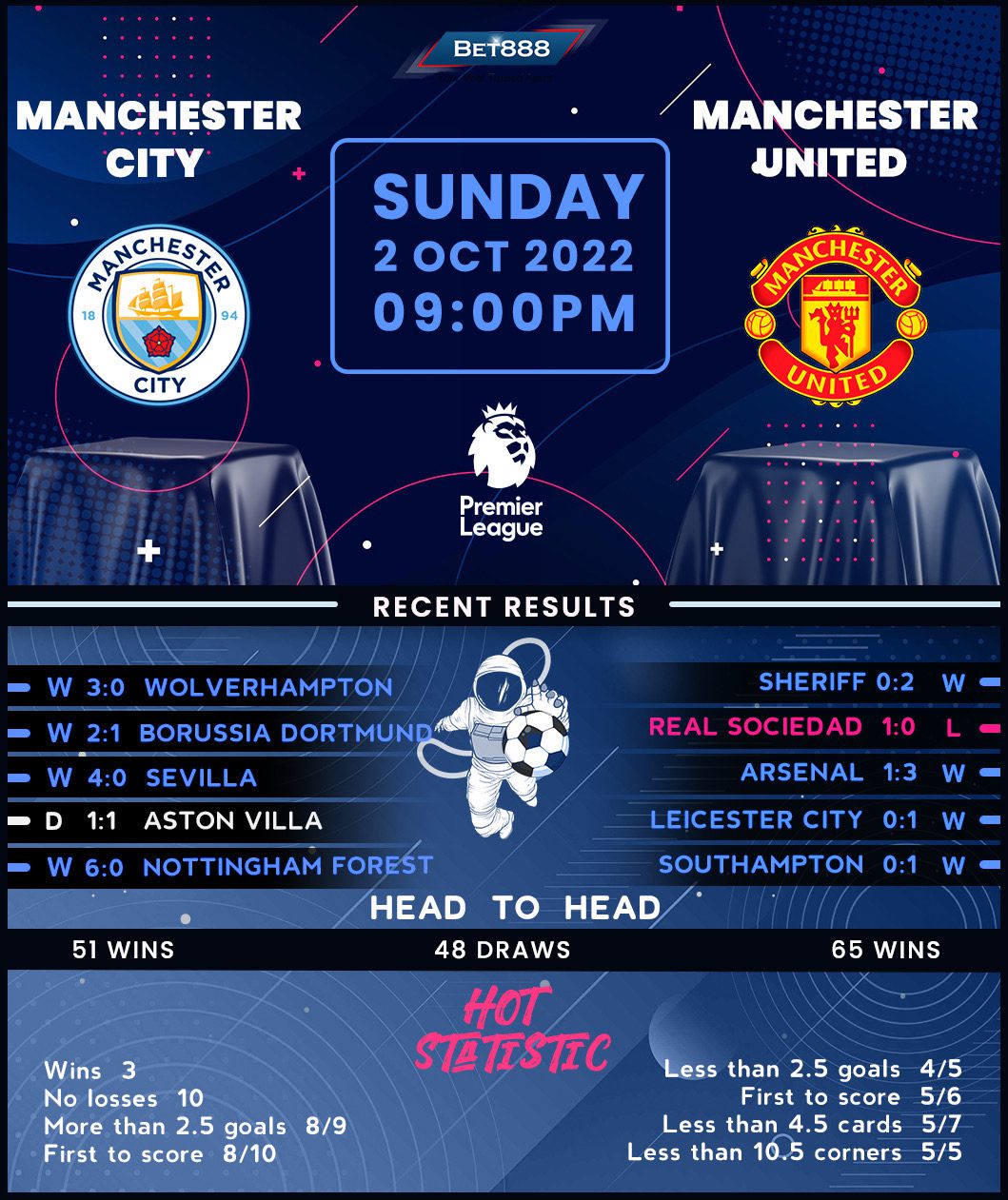