After a 1-0 defeat to Borussia Dortmund in their opening match of the International Champions Cup, Manchester City will look to achieve the first victory after the end of the season, as they are looking to take on Liverpool at the MetLife Stadium in East Rutherford. Although Pep Guardiola decided to exclude almost his entire starting-eleven for the match against the Black and Yellows, the Citizens have demonstrated they have an established game system no matter what players are on the field. As for the Reds, a 3-1 loss to Dortmund was their first grave test this summer, as they previously featured in four low-quality friendly contests against some teams from English lower leagues.

These two sides played against each other three times this year, with the Merseysiders securing all three wins over the current Premier League champions, including two impressive victories in the Champions League quarter-finals.

Manchester City will be without almost all first-team members except for Leroy Sane and Riyad Mahrez who should both start the match from the first minute, while Naby Keita and Xherdan Shaqiri who arrived at Anfield this summer might begin from the bench. Mohamed Salah and Sadio Mane are also on the list of travelers, with only Roberto Firmino earned an extended break due to his commitments in the World Cup. 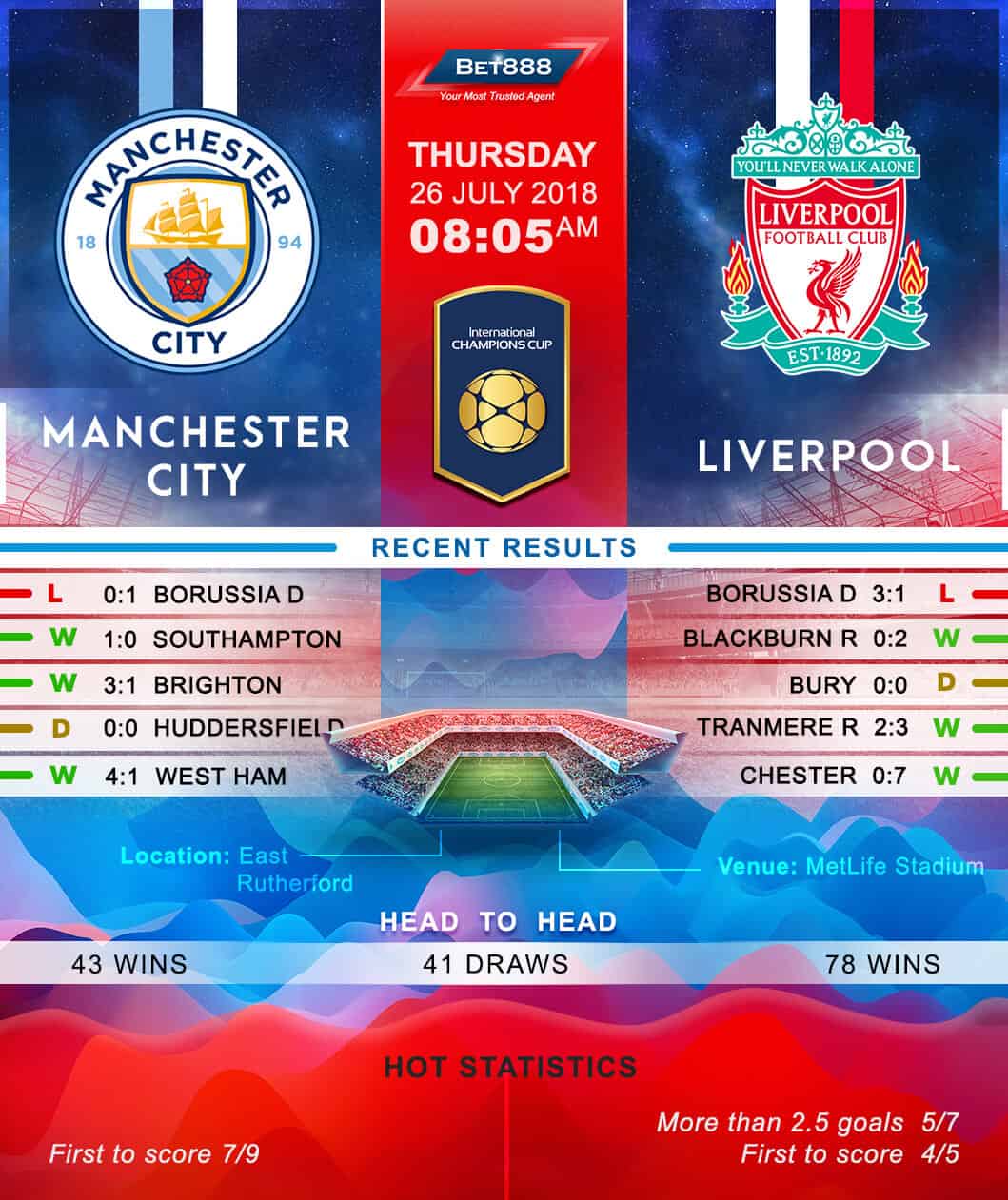