Manchester City are set to host Huddersfield Town at the Etihad Stadium following three consecutive wins in the Premier League in which they’ve scored twelve goals, and in case the Citizens secure a victory in this encounter, they are going to set a new EPL record with 96 points in a single season. Pep Guardiola’s team have been demonstrating exquisite quality throughout this season in the league, and although they’ve failed to repeat that performance in the Champions League, they are still chasing a few records in England. The Terriers, on the other hand, have slowed down their game over the last couple of months, notably compromising their chances of avoiding relegation, as they currently have a three-point lead over Southampton, who are sitting in the danger zone. With five defeats in the previous seven matches on the road, David Wagner’s side will have to come up with something special if looking to improve their away record against the team who won five out of their last six EPL encounters at home.

Sergio Agüero and John Stones are both ruled out with injuries in the home squad. As for the visitors, Tom Ince, Danny Williams, Elias Kachunga, Michael Hefele, and Sean Scannell are all set to skip the match due to physical problems. 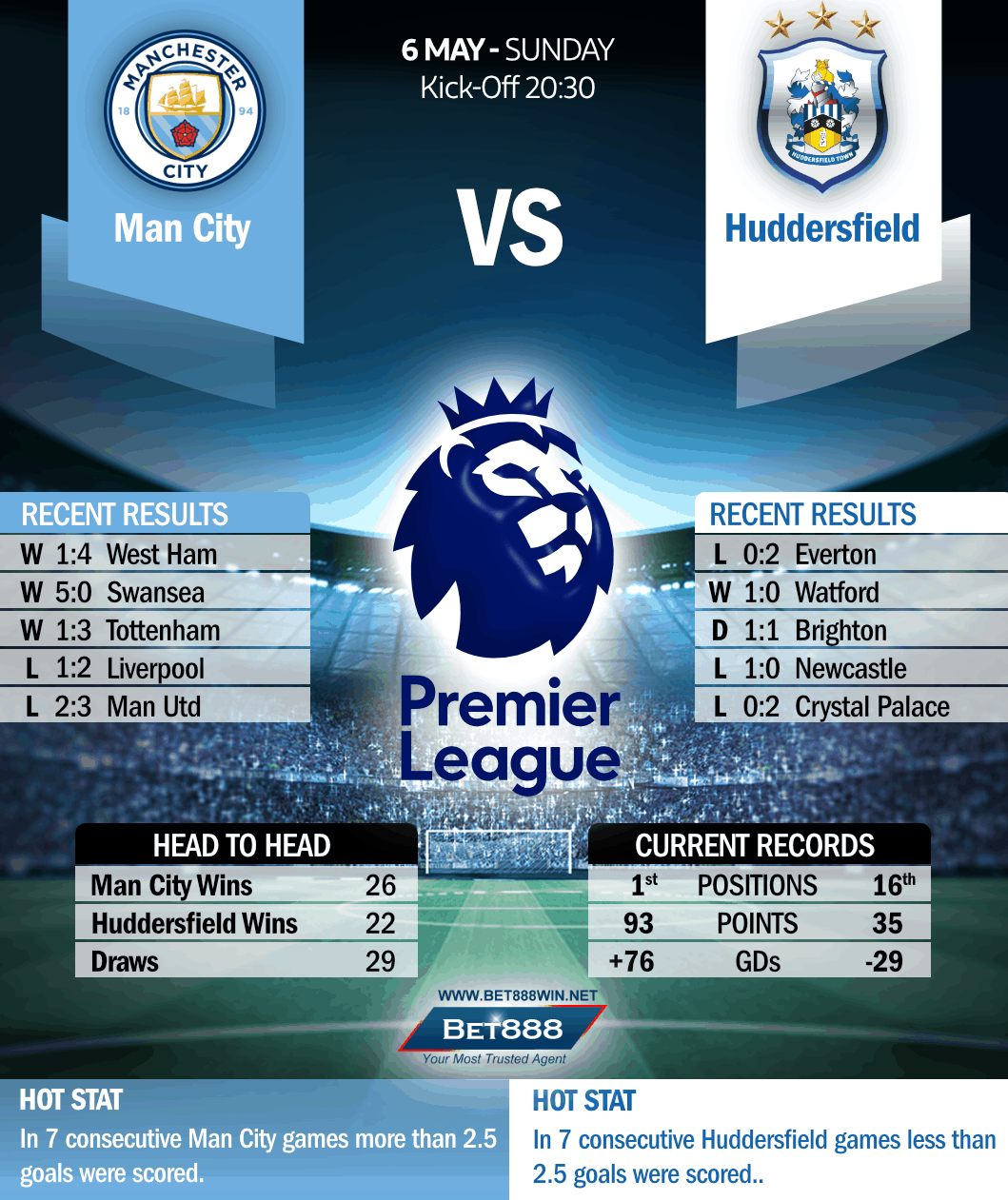