Manchester City will face off against Huddersfield Town at the Etihad Stadium following an impressive victory in the first season’s derby against Arsenal, looking for another routine victory.After an astonishing season in which they have set many records and won the Premier League title, the Citizens have started the new season winning the Community Shield trophy by defeating Chelsea by two goals to nil before achieving their first victory in the new EPL campaign, outscoring Arsenal at the Emirates Stadium 2-0. Pep Guardiola despite not making as high investments as in the previous couple of years still has a very competitive team at his disposal that should be among the favorites to win the domestic title, as well as, the Champions League trophy. Meanwhile, the Terriers have suffered a painful 3-0 defeat to Chelsea in the opening EPL match in front of the home supporters, and they are not going to get any discounts against the current Premier League holders, which is why David Wagner needs to come up with something special if looking to avoid humiliation.

The Brazilian right-back Danilo will skip the encounter, but the recent injury suffered by Kevin De Bruyne causes Guardiola a sizeable headache, given the fact that the Belgium international was one of the key figures since he took charge of the team. As for the visitors, Danny Williams, Erik Durm, and Isaac Mbenza are all struggling with some physical problems and should remain on the stands. 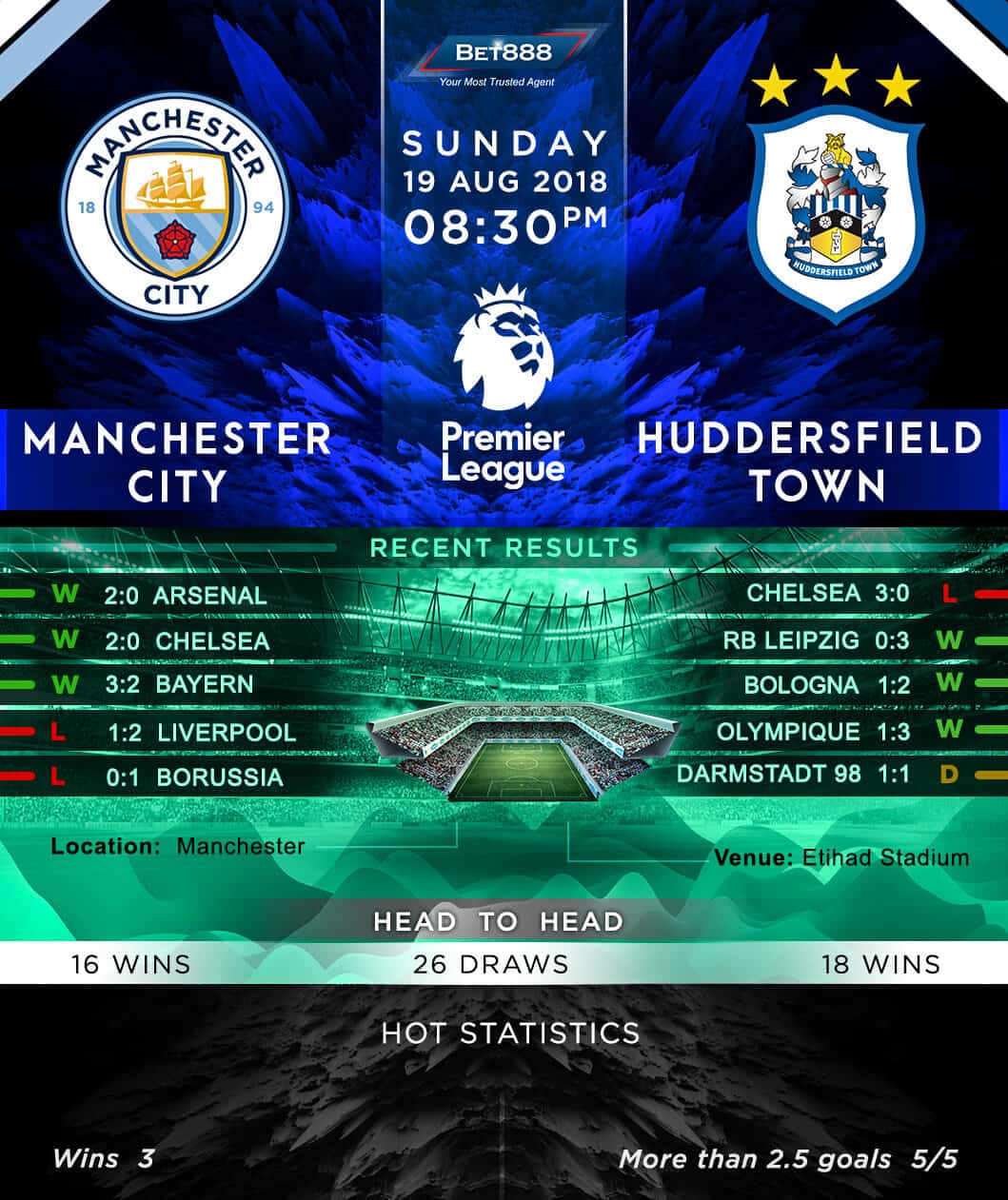