Etihad Stadium is the venue as Manchester City and Chelsea go head-to-head in a mouth-watering Premier League top-two six-pointer.

Manchester City head into proceedings in the midst of a purple patch, having won their last 11 Premier League outings in a row, 64% of which came by at least a two-goal margin. With ten points separating the sides ahead of the kick-off, City’s win here would likely throw Chelsea out of the Premier League title race. Pep Guardiola’s side pulled off a narrow 1-0 victory in the reverse fixture at Stamford Bridge and are now looking to complete their fourth-ever Premier League double over this opposition. However, Man City lost this exact fixture last season (1-2), as they face the prospect of suffering back-to-back H2H defeats at home in the Premier League for the first time since a run of four between 2005 and 2008. Yet, after winning their last seven competitive matches at the Etihad, they will feel confident of avoiding that scenario.

In the meantime, Chelsea may be entering this round on a run of six Premier League games without losing (W2, D4), but they’ve drawn both previous league fixtures. Moreover, Thomas Tuchel’s men have delivered a mixed bag of performances away from home lately, winning just one of their last three Premier League travels (D1, L1). But there’s been plenty of action in Chelsea’s recent league trips as three of the last four have seen over 2.5 goals and both teams on the scoresheet. The reigning Champions League holders can draw confidence from going unbeaten in 14 of their previous 15 Premier League matches (W8, D6), courtesy of a 3-2 defeat at West Ham United in early December. 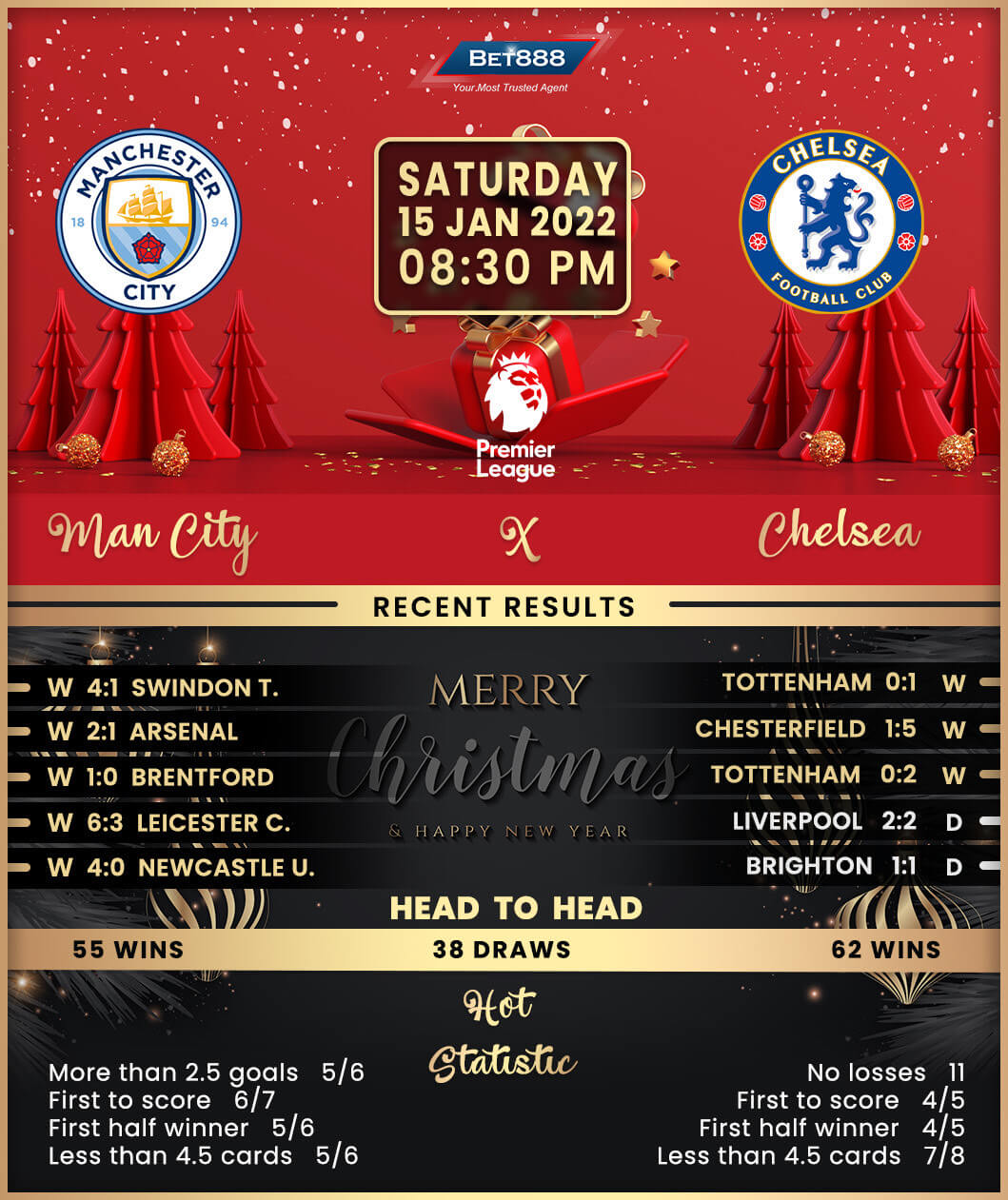