After a comfortable elimination of the English lower-league side Oxford United in the Carabao Cup in midweek, Manchester City will proceed with the Premier League battles, as they look to take on Brighton & Hove Albion at the Etihad Stadium.

The Citizens have been impressive at the start of the season, clinching two straight wins, over Arsenal and Huddersfield Town, after which they’ve played out an unexpected 1-1 draw with Wolverhampton. The defending champions have managed to return to winning ways in the domestic championship by capturing three successive wins, but a 2-1 defeat to Lyon in the Champions League opener has left a bitter taste in Guardiola’s mouth, who now urges his team to return to the top as soon as possible.

On the other hand, except for a stunning 3-2 win over Manchester United at home, the Seagulls have miserably failed in the opening six fixtures, suffering three defeats while playing out two draws. Additionally, Chris Hughton’s side are yet to keep a clean sheet this season, as they are the fourth worst defense in the Premier League so far. A negative trend is unlikely to end this weekend considering the fact Brighton conceded seven goals in the previous three encounter with Manchester City.

The absence of Kevin De Bruyne is still troubling Guardiola, who also won’t be able to count on Claudio Bravo, Eliaquim Mangala, and Benjamin Mendy. As for the visitors, Pascal Gross and Jose Izquierdo will have to skip the match due to some injury problems. 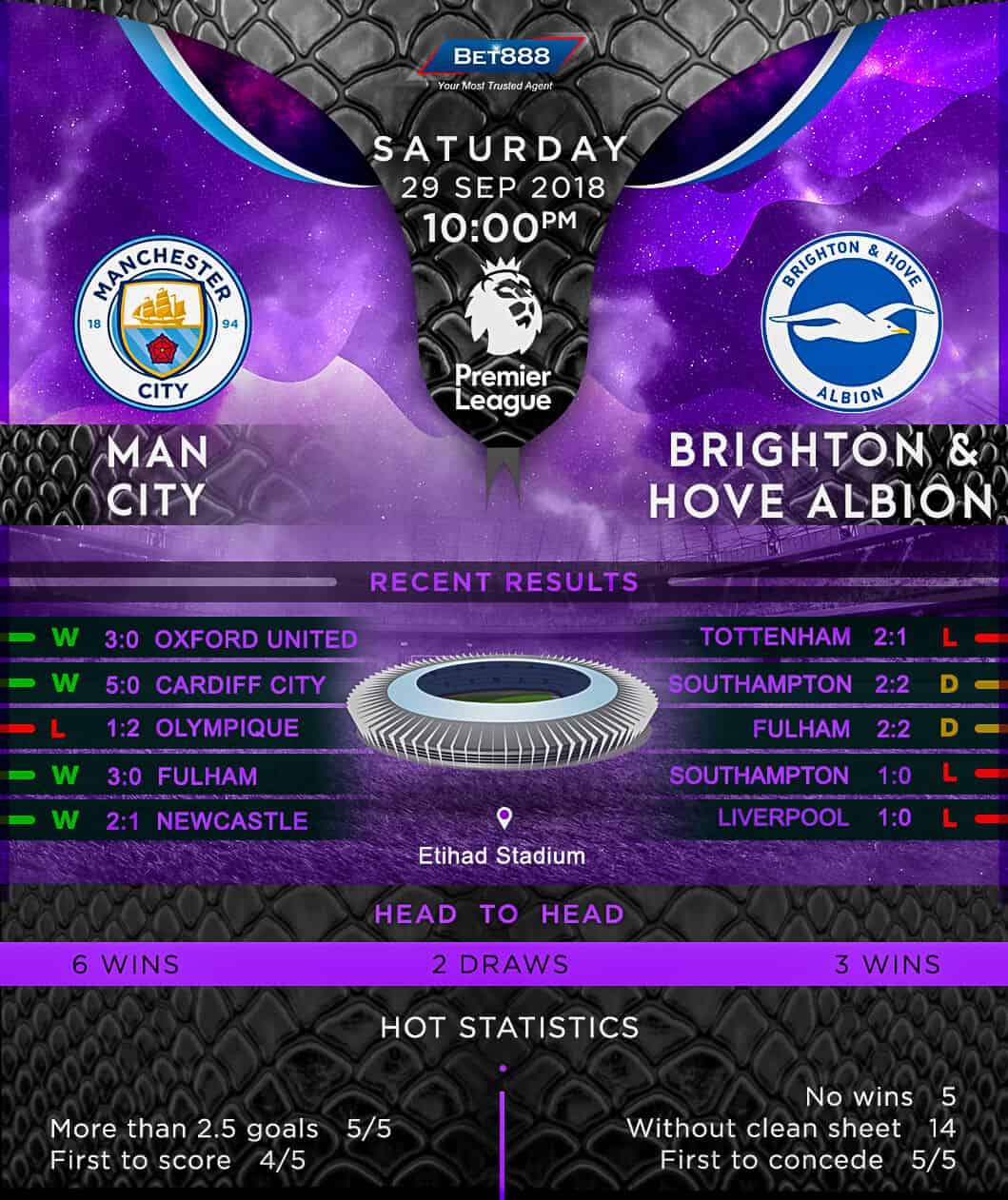