Knocked off their perch by Liverpool, defending Premier League champions Manchester City will be looking to bounce back when they meet out-of-form Brighton & Hove Albion at the Etihad Stadium.

Manchester City’s 100% start to their Premier League title defence came to a halt last weekend as they succumbed to a 1-0 defeat at Liverpool, seeing their 21-game unbeaten league streak curtailed. Back to the Etihad, where they’ve won each of their last nine Premier League fixtures, scoring 3+ goals on every occasion, they’ll be looking to get back to winning ways. Everything should go smooth for Pep Guardiola’s side here, considering they’ve been victorious in nine of their last ten Premier League H2Hs against Brighton (L1). But if things go south and Man City lose back-to-back top-flight outings for the first time since December 2018, a four-point deficit on league-leading Arsenal could expand. That’s an unlikely scenario because the ‘Cityzens’ have never lost a home league clash against Brighton (W10, D2).

As for Brighton, a scoreless home draw with basement boys Nottingham Forest in midweek Premier League action marked the visitors’ third-straight scoring blank in the league (D1, L2) since an action-packed 3-3 draw at Liverpool on Robert De Zerbi’s touchline debut. The Italian manager has already come under heavy scrutiny, threatening to tear apart Graham Potter’s legacy at the Amex Stadium, with Brighton losing significant ground on the top four under his guidance. Another failed attempt to capture three points would see De Zerbi become the first Brighton boss since Scott Parker in April 2019 to go winless in his opening five games in charge of the ‘Albion.’ While the ‘Seagulls’ remain hellbent on improving their woeful form, a three-game winless Premier League run on the road, accompanied by seven goals conceded, looks worrying. 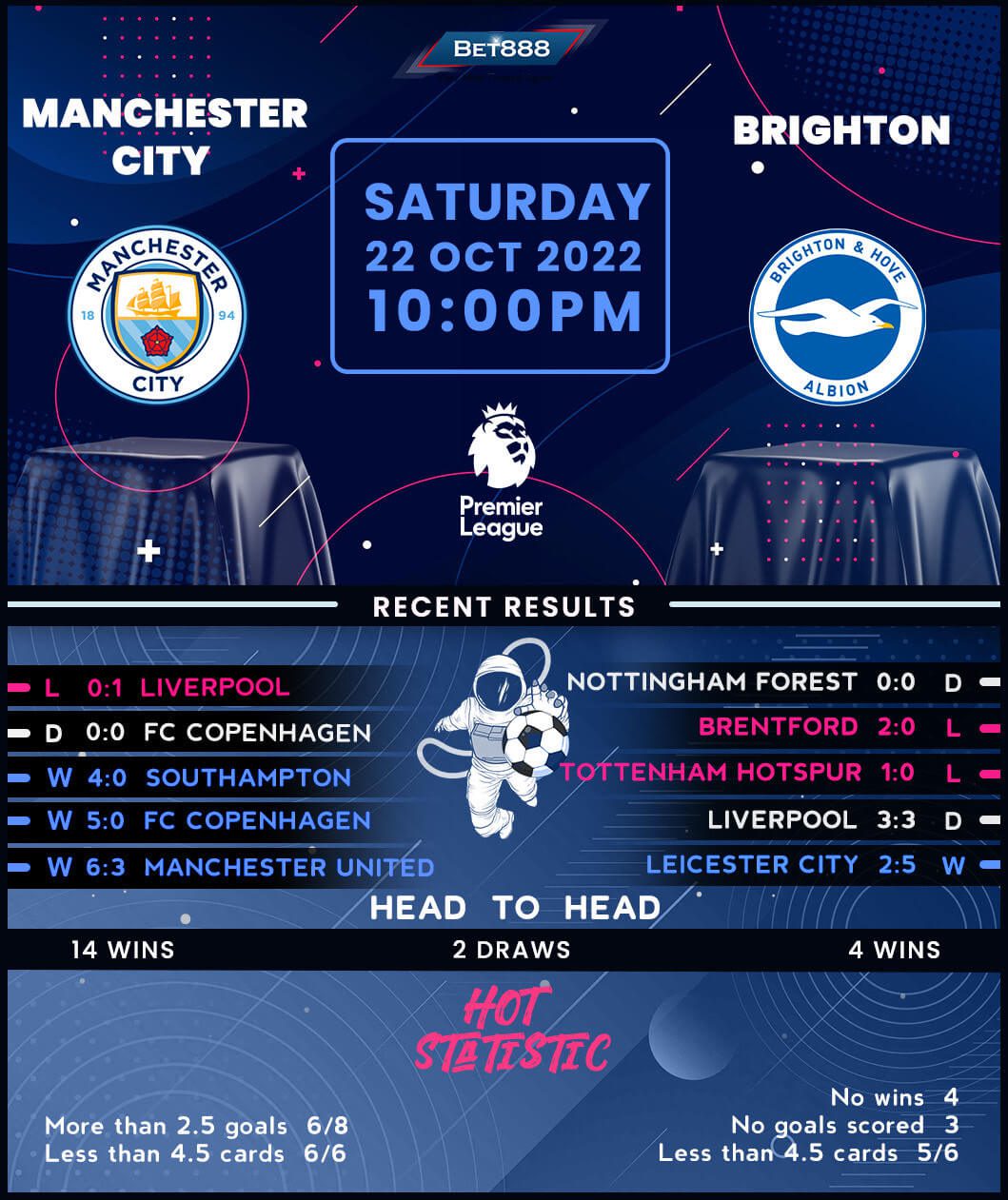