Star-studded Manchester City are set to get their 2022/22 Premier League home season underway as newly-promoted Bournemouth arrive at the Etihad Stadium.

Inspired by marquee summer signing Erling Haaland, reigning champions Manchester City eased past West Ham United 2-0 on matchday one to get their defending Premier League campaign off to a flying start. After notching up a brace on his Premier League debut, Haaland will be keen to impress on his first appearance at the Etihad, with Man City looking to build on a four-game winning home league streak from the tail-end of last season. Pep Guardiola’s high-flyers netted 3+ goals in each of those four victories, issuing a warning to a Bournemouth side against whom they boast a 100% success ratio in the Premier League. Indeed, the ‘Cityzens’ have won all ten previous top-flight clashes against this opposition, scoring a minimum of two goals in nine!

As for promoted Bournemouth, goals from Jefferson Lerma and Kieffer Moore fired them to a morale-boosting 2-0 home triumph over Aston Villa on the opening weekend. Adding to Bournemouth’s confidence, their five-game away record against defending Premier League champions is perfectly balanced (W2, D1, L2), showing they could be a thorn in anyone’s side. At least as long as that side is not Man City. Indeed, the ‘Cherries’ are winless in all 16 all-time league fixtures against this opponent (D2, L14). An encouraging run of four unbeaten away league games down the final stretch of the last Championships season (W2, D2) bolsters the visitors’ bid to avoid being blown out of the water by Haaland and his rampaging teammates. 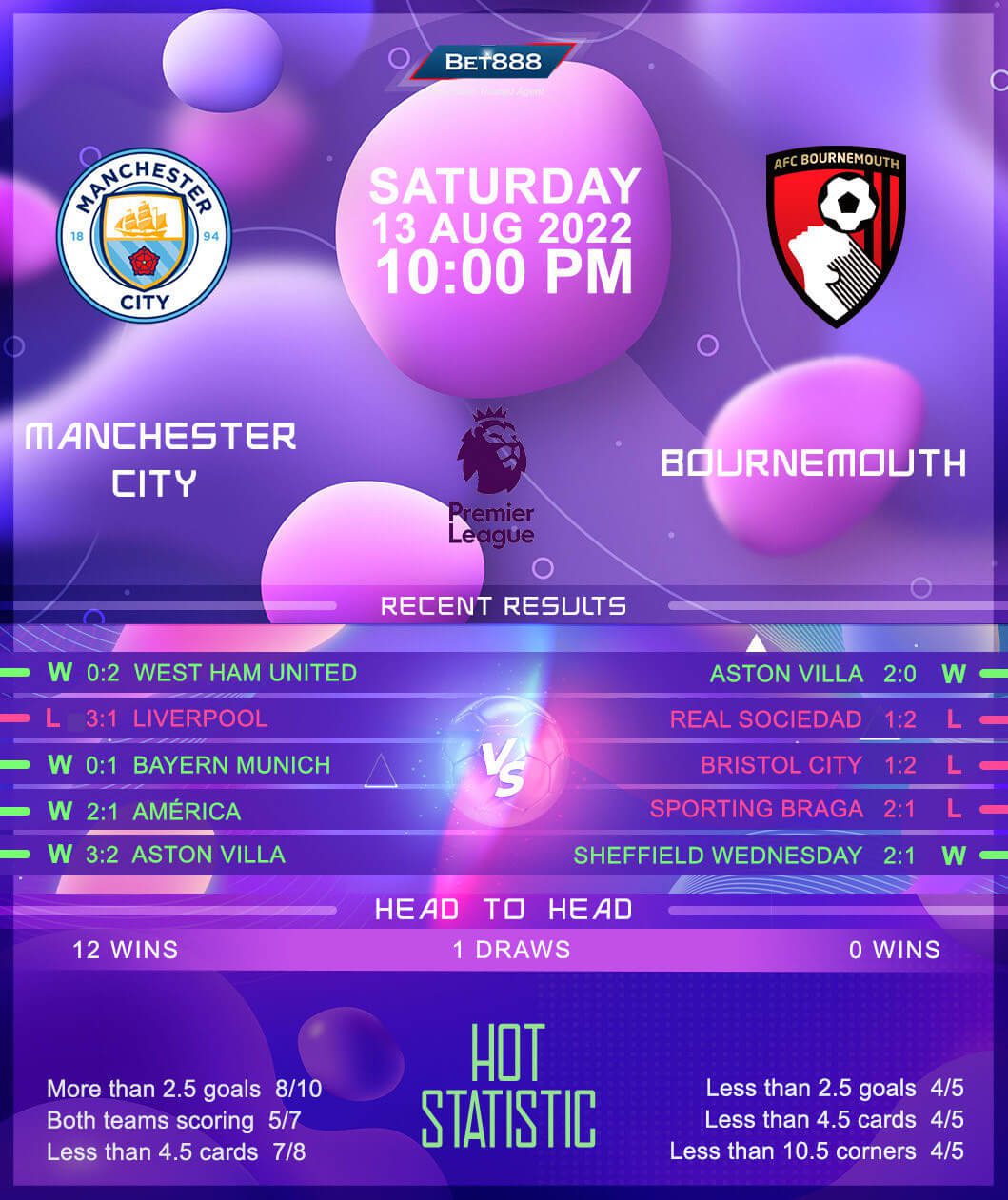